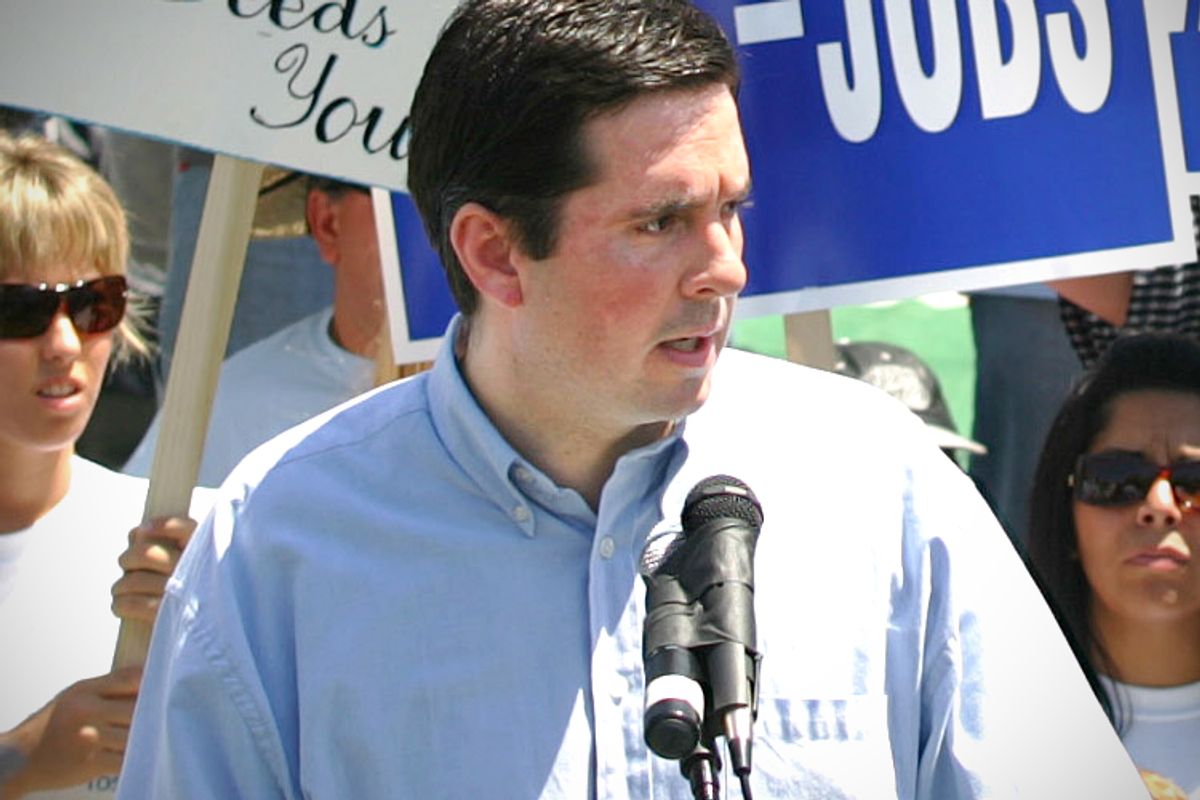 Rep. Devin Nunes had some choice words to describe some of his Republican colleagues on Monday, referring to them as "Lemmings with suicide vests."

"They have to be more than just a lemming. Because jumping to your death is not enough," said Nunes.

Nunes said he would support House leadership’s latest strategy: A bill that would keep the government open but delay the individual mandate for a year. But he said that approach means a government shutdown will be all but certain.

The result for his party? “You guys ever watch 16 Candles?” he asked a small group of reporters. “You guys remember Long Duk Dong at the end? That’s going to be us tomorrow, waking up on the grass, crashed automobile. That’s us.”