In the end, Walt won

Whether he was a hero or a villain, Walter White got nearly everything he ever wanted 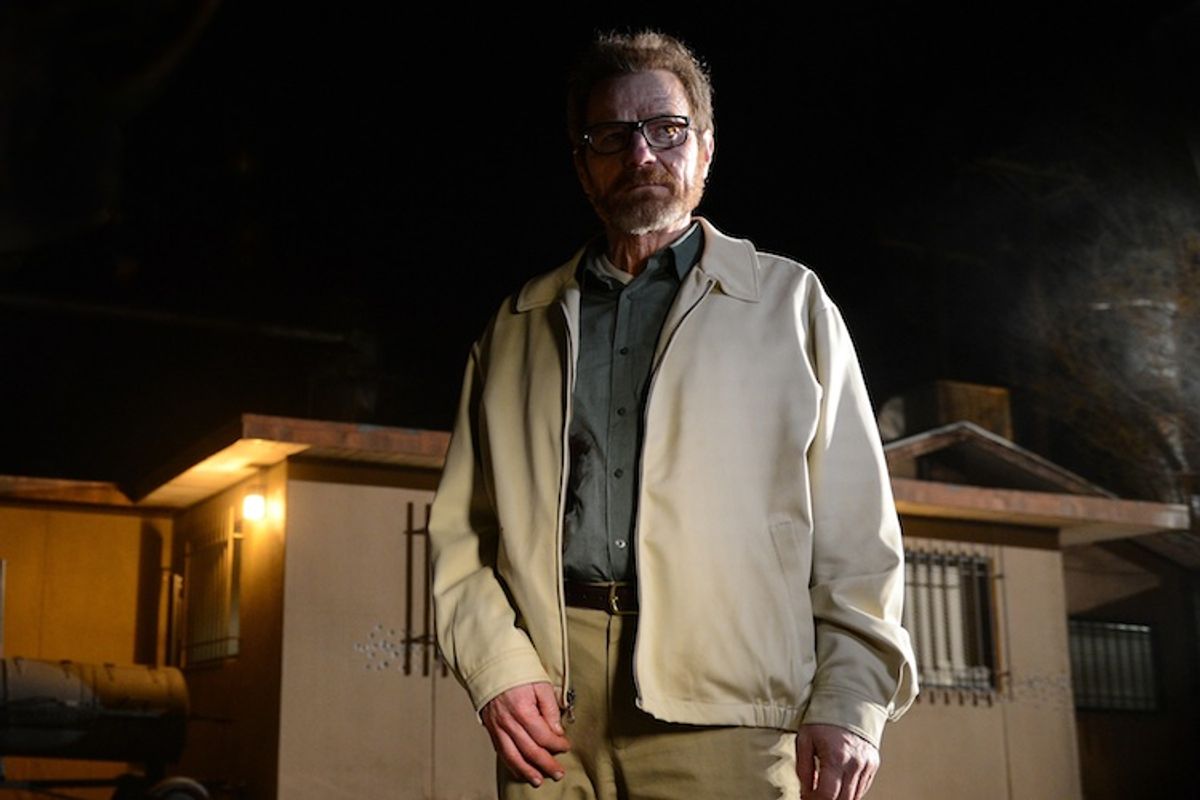 Last night, we witnessed the end of AMC's "Breaking Bad." I'd been dreading that moment for a week and not just because I am a faithful disciple of the program and hate to see it disappear from my Sunday ritual. I was dreading the finale because I knew that as soon as the credits rolled I would have to craft some sort of coherent and cohesive reaction to something that had taken me years to consume and would likely take days if not weeks to digest.

Consider this some insight into my gig: I spent the last few days pre-thinking angles for this reaction. One line of questioning I pursued had to do with how the show's conclusion might reflect our values as society/Americans/"Bad"-heads. For years, we were willing to watch and enjoy as a man callously constructed a drug empire with increasingly suspect motives. Were we viewing these thrilling and, um, tragic events with the expectation that, when the time came, he would ultimately reap some sort of punishment for all the pain and suffering he had caused? Or would we, on this final Sunday night, witness Walter White escape judgment and, ourselves, forgive him because, at least initially, he was only trying to care for his family after he had passed?

Scratch all that. I don't see "Breaking Bad" creator Vince Gilligan as any sort of moral prognosticator. He is a talented and occasionally traditional fantasist who understands that, at the end of the day, the most significant part of the word "antihero" is still "hero." Gilligan coyly lets us know how shit's going to go down in the very first scene of the finale: The cops cruise by; Walt escapes capture. Then, as our lovable dirtbag looks to the heavens,  the keys to the car he's attempting to steal fall right into his hands. God, i.e., the writer/director, is on his side. Walter White is going to win. And he's going to win quite possibly for no better reason than that this has always been his story. (Remember last week's episode, when Walt happens to be sitting in the bar in the middle of nowhere just as the Schwartzes appear on television? If that ain't the Hand of Gilligan bestowing blessings, I don't know what is.)

Are there loose ends? Sure. Were we to imagine events beyond this season, there is plenty that could sully Walt's victory. It is possible that when Walter Jr. comes of age he refuses his shady inheritance despite whatever spin Gretchen and Elliott Schwartz put on it. It is possible that the Schwartzes may somehow uncover Walt's red-lit ruse and never cut said funds loose in the first place. (Enlisting dumb and dumber meth heads, Badger and Skinny Pete, was certainly one of Heisenberg's most desperate and least savvy maneuvers.) And what about Brock and Jesse? Even if Pinkman manages to maintain a grip on sanity long enough to play angel to his murdered girlfriend's boy, without legal guardianship, how can he possibly keep Brock out of the system?

But as they used to say at the beginning of "Everybody Loves Raymond," it's not about the kids. It's about Walter White believing he has done everything he can to assure his legacy, and the look on his face in his final moments says it all. For a man who, at the beginning of the show, was diagnosed with cancer -- given a death sentence -- his last year was a gift. He was able to revolutionize an industry, see his daughter born, provide for his family now and for years to come, terrify his peers, confound the local department of a national law enforcement agency, murder people both indirectly and by his own hand, and set off a bomb in a nursing home. He couldn't have done better if he had actually put "become most-feared drug lord in New Mexico" on his bucket list.

There is even an argument that Walt was able to squeeze in a spontaneous moment of redemption under the wire. We know that, upon infiltrating the neo-Nazi compound, he saved Jesse Pinkman's life. But did he go there with the intention of killing him and have a change of heart once he'd seen his former protégé's very dire straits? We may never know for sure, but I'm going to assume that Walt went in with the absolute worst intentions and, just as that spectacularly efficient automotive accessory in the rear of his car was about to pincushion the whole contingent, he thought of a way to feel even better about himself. For a 52-year-old on his deathbed, that guy was so clutch.

There was a frustrating melancholy to the final episode of "The Sopranos." Watching Tony once again sit down to a meal with his family, you knew his life would go on -- maybe not for the worse, but certainly not for the better. It was a non-traditional resolution for an unorthodox hero. By comparison, Walter White received his own table in Valhalla -- the best bad guy or worst good guy to ever get practically everything he wanted.

Later today, after the thrill of seeing half-a-dozen gun-wielding trash-holes perforated by a truly automatic weapon wears off, we may discover that we feel some sort of way about Heisenberg's vainglorious fade-out. Perhaps, we may find that, collectively or individually, seeing Walter White succeed doesn't jibe with our moral code. Or maybe, as evolved TV-watchers, we no longer need to have our values upheld by the fictional characters on the small screen. Either way, I'm pretty sure that between Walter White and Vince Gilligan, neither of them give a shit.