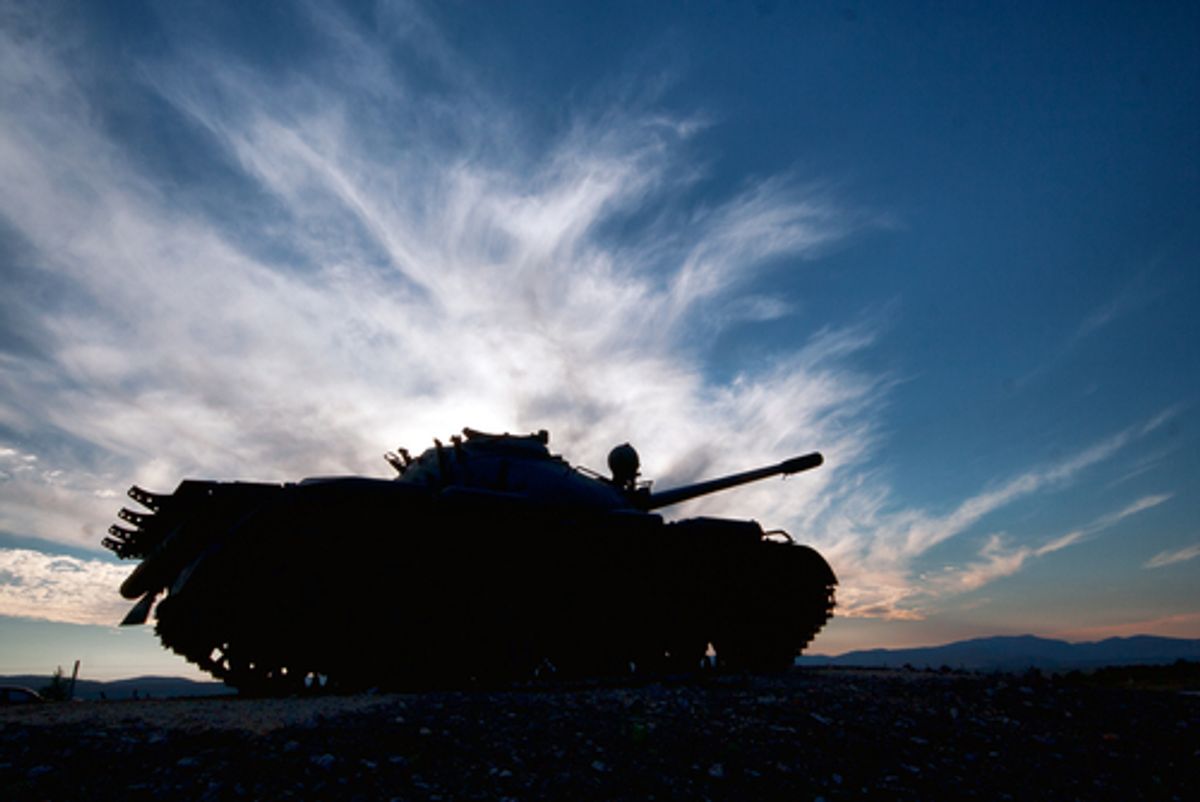 In the now well-established pattern of military technology and equipment creeping eventually into standard domestic law enforcement, Texas police are receiving military-grade tanks from the Department of Defense's surplus supplies.

In his ongoing reporting on the creeping militarization of U.S. police forces, HuffPo's Radley Balko sees a corollary between the hyping of the "war on drugs" in recent decades, the rise of "tough on crime" political posturing and police militarization. He told Vice in an interview that there's little political will to contain the increasing militarization of police, the sees Robocop-style SWAT teams with army vehicles increasingly become the norm for domestic policing:

For about a generation, politicians from both parties were tripping over themselves to see who could come up with the tougher anti-crime policies. We're finally seeing some push-back on issues like incarceration, the drug war, and over-criminalization. But not on police. No politician wants to look anti-cop. Conservatives want to look tough on crime. Liberals love to throw money at police departments. So for now, rolling back police militarization is still a non-starter in Congress and state legislatures.