One meteorologist explains why he won't fly again

After breaking down in tears over the new climate report, Eric Holthaus live-tweeted his final flight 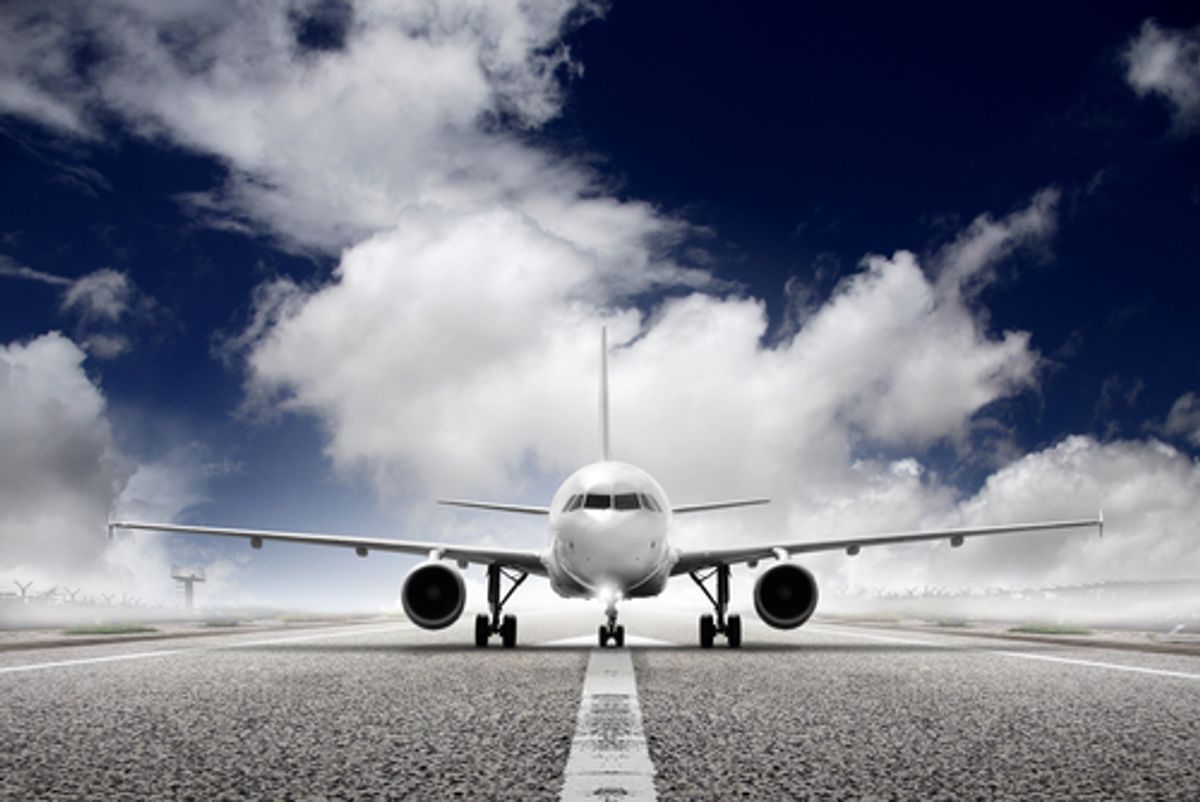 Last Friday, meteorologist Eric Holthaus posted an article to Quartz explaining the newly released IPCC climate report. The gist of the article, as encapsulated by its headline ("The world’s best scientists agree: On our current path, global warming is irreversible—and getting worse") was far from optimistic. But then Holthaus, who until recently covered weather for the Wall Street Journal, did something surprising. He turned to Twitter to declare that, on the heels of the report, he was going to take drastic action to reduce his own carbon footprint:

Speaking over the phone with Salon from his home in Viroqua, Wis., where he's grounded himself, Holthaus described the emotional moment at San Francisco International Airport when he realized that his current lifestyle was no longer sustainable -- or conscionable.

What changed, Holthaus said, was the report's acknowledgment that high-tech geoengineering solutions weren't going to have an impact on climate change. Two things he had seen as potential answers to the climate problem -- either launching a massive solar shade into orbit to block 5 percent of the sun's rays, or installing fake plastic trees to suck CO2 out of the atmosphere -- were both dismissed out of hand. All 195 countries that approved the report agree with scientists that the time and scope needed for such measures wasn't feasible. On the phone with his wife, Holthaus despaired: “That was our chance, and it’s gone.”

What the IPCC report did find could be effective, said Holthaus, are drastic and immediate cuts to CO2 emissions. On first glance, Holthaus was already doing a lot. He recycles and doesn't own a car. He's also a vegetarian. But despite doing "pretty much [what] everyone's always told me to do," when he plugged his lifestyle into a carbon footprint calculator, he found that his CO2 emissions were still double that of the average American. Doing almost everything else "right" wasn't enough to make up for the approximately 75,000 miles he flies annually.

"As an average person that follows this issue and write about it a lot for his job," explained Holthaus, "if I don’t do something that the IPCC recommends, why would anyone else?” Using University of California, Berkeley's, carbon calculator, he estimates that he'll be responsible for 33.5 fewer tons of CO2 emissions per year.

Holthaus acknowledges the massive cultural change it would take to ground carbon-emitting flights -- even Al Gore, he points out, owns a private jet. But Skype, he contends, can often do the same work as face-to-face business meetings, if you can sacrifice the post-meeting schmooze over cocktails. His own lifestyle permits a move toward Internet meet-ups, and while he probably won't be going overseas again, he says Amtrak can get him most places he wants or needs to go.

Despite what comes off as a huge gesture, he maintains that his decision to stop flying isn't that drastic. For lifestyle changes like vegetarianism to have a sizable impact, he said, requires constant reaffirmation: You have to deny yourself that steak every day. But plenty of people don't fly all that often to begin with. If more would cut down on just one long-distance flight per year, he maintains, that would also have a major impact.