The music of the "Breaking Bad" finale 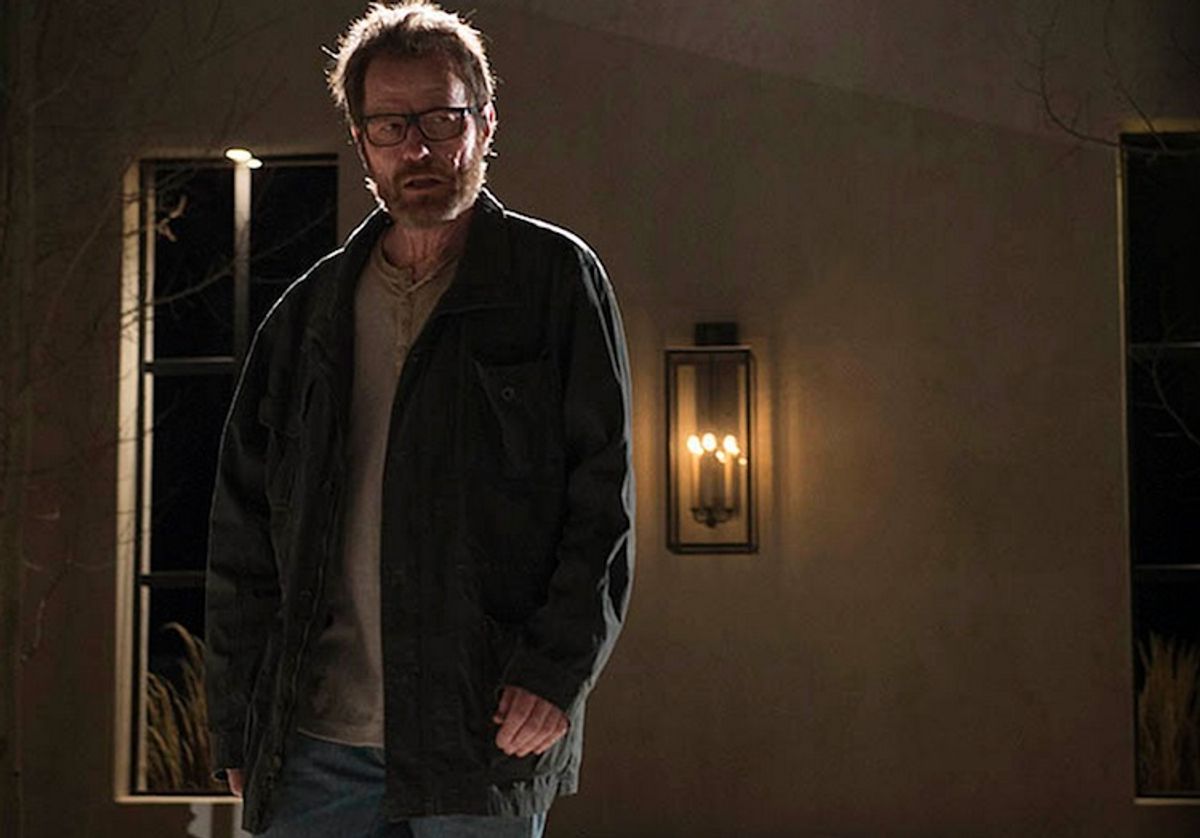 The final episode of "Breaking Bad" will be discussed infinite ways -- get ready to be so weary of it by Tuesday! -- but one important element, amid all the plot conclusions, shouldn't be lost. The music of the final episode gave viewers yet another element to parse.

At the beginning of the episode, Marty Robbins's song "El Paso," plays. The song was a central part of at least one theory swirling around the episode, due to the fact that it features a female character named Felina; the lyrics depict a man desperately in love with a (perhaps allegorical) woman, and willing to chase her, even despite the risks: "A bullet may find me / Tonight nothing's worse than this / Pain in my heart."

At the end of the song, the protagonist dies for having pursued Felina: "Something is dreadfully wrong for I feel / A deep burning pain in my side. Though I am trying to stay in the saddle, / I'm getting weary, / Unable to ride." Had the song, at the episode's outset, been played through, the seemingly inevitable conclusion -- Walter White's death -- would have been yet more clear, and his outlook at the moment of his death would have been spoiled -- the song's protagonist is happy for the chance to have danced with danger at all. "Cradled by two loving arms that I'll die for, / One little kiss and Felina, good-bye."

Then there was that chilling song that Todd used as his ringtone for Lydia. It was the Marx Brothers' "Lydia the Tattooed Lady," played just before Walt intercepted the call and informed Lydia he'd poisoned her with ricin. So go the lyrics:

Lydia, the queen of them all

She once swept an admiral clean off his feet

The ships on her hips made his heart skip a beat

And now the old boy's in command of the fleet

For he went and married Lydia

With Lydia's partner dead by strangulation and Lydia herself waiting out her own death by poisoning, the song's deeply ironic: Lydia, far from bringing herself and the man in her wake to fortune, has brought them to ruin.

The episode's final song -- playing as Walt realizes he's dying, with a deep sense of apparent relief, at least to this viewer's eyes -- was Badfinger's "Baby Blue." It's a song titled precisely after the color of the very specifically colored pure meth Walt's been producing this whole time. And its lyrics mirror his situation as he finally falls to the ground, dead: "Guess I got what I deserve."

Not every lyric rhymes perfectly with Walt's situation, but, just after the pre-chorus goes, "Didn't know you'd think, that I'd forget, or I'd regret," the chorus sums up Walt's life even more aptly:

The special love I have for you

In its final moments, "Breaking Bad" used music to reiterate what Walt told his estranged wife in their final moments together -- manufacturing and dealing meth had made him feel alive. It was a very special love. And, as the song reaches its conclusion, the lyrics get darker, indicating "the times that I tried" to make a match work without connecting -- for how many seasons has Walt tried to reconcile his love for dealing meth with his life?

But in the end, he couldn't fight it. As Badfinger sang in their closing-credits song: "The feeling just gets stronger every day." And so it did, up until the day he died.