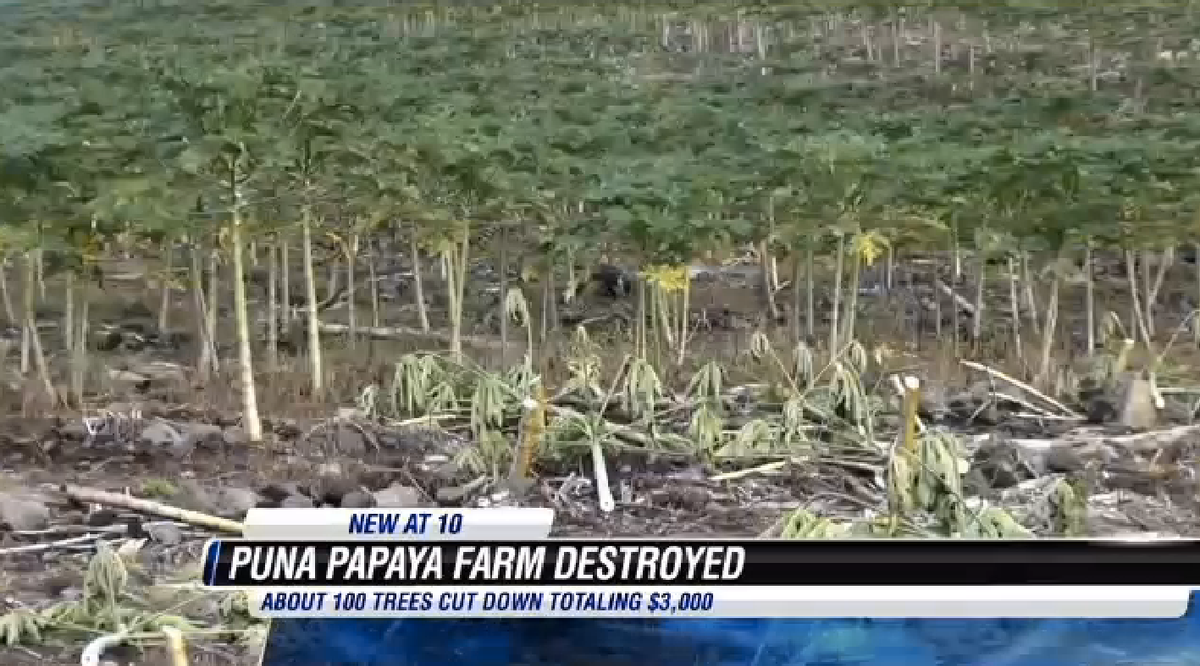 The destruction, which according to the Huffington Post is believed to have been an act of eco-terrorism, underscores the volatility of Hawaii's GMO debate. Although the papaya trees have been genetically altered to resist a devastating virus since the 1990s, two bills that could limit biotech innovations are currently up for debate on the Big Island. One, if passed, would require that the rest of the island's GMO-papaya trees be cut down as well -- and would impose jail time and fines for any farmers caught growing them.

Hawaii's Civil Beat first reported in August of the debate's focus on the state's papaya industry:

On one side, there are some of the world’s biotech giants — including Monsanto, Syngenta, Pioneer, Dow and BASF — that have put roots down in Hawaii in recent years, attracted by year-round growing conditions and an ecosystem of scale to test and grow produce such as seed corn. For such companies, a lot of money hangs in the balance.

On the other side, some GMO opponents have vowed to make Hawaii ground zero for the national and international battle over genetically modified crops.

The site points out that genetic modification, in this case, may well have saved the local papaya industry -- valued at $11 million -- and that it's been determined to be safe by the U.S. Department of Agriculture, the Environmental Protection Agency and the U.S. Food and Drug Administration. But at a local level, papaya farmers have borne the consequences of anti-GMO sentiment through a loss of sales and, in some cases, attacks on their property.

In this most recent incident, the destroyed crop was valued at $3,000. It was the second time the same family had been targeted.