"Don't ever do this!" they advise 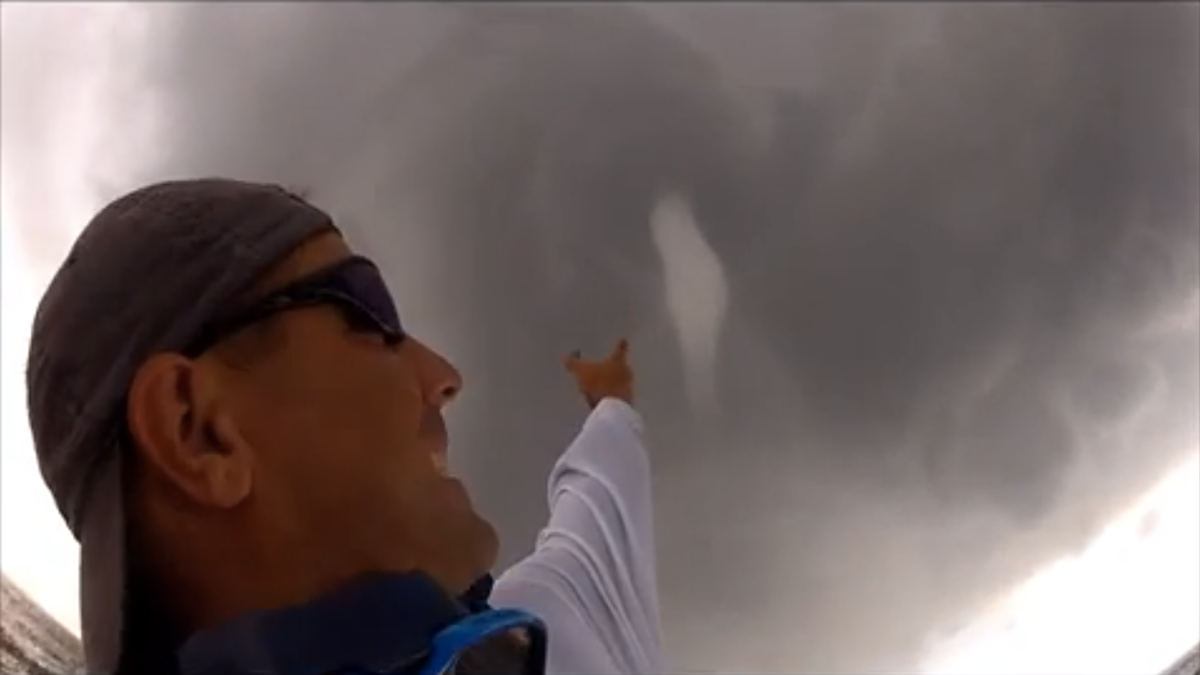 Two fishermen turned extreme weather documentarians (and their dog) had an epic end to a day spent catching lobster off the coast of Florida when they decided to steer their boat around -- and then directly into -- massive waterspouts.

"This is my third time going through a waterspout in a boat," Kevin Johnsen brags of the resulting video, adding, "This is not for anybody to try EVER."

The footage provides a unique perspective of what have been called "violent thunderstorms gone wild." It also imparts an important message, one that probably hasn't been driven home this strongly since the 1996 film Twister: if you see a tornado, be it over land or water, it's in your best interest to get as far away from it as possible. If not, though, it can make for a pretty incredible story: