Foxnews.com renames the shutdown a "slimdown" 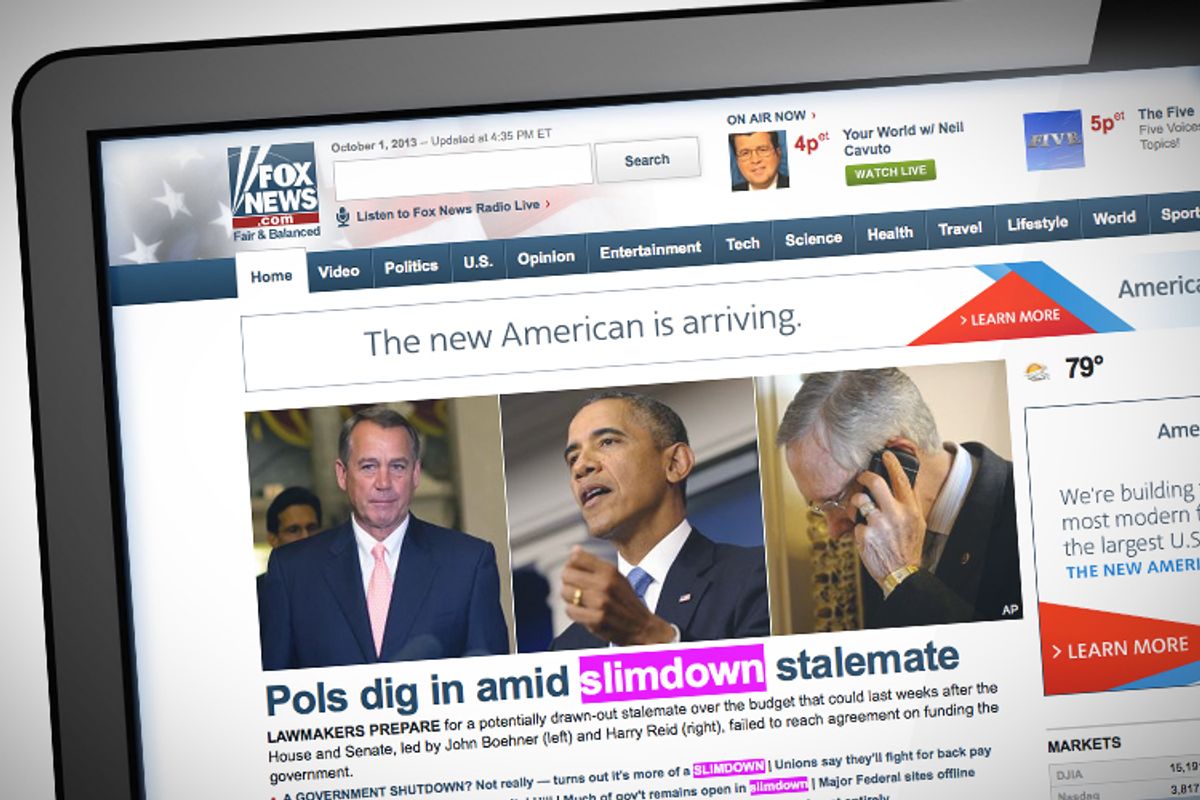 "A GOVERNMENT SHUTDOWN?" blares one headline before continuing, "Not really — turns out it's more of a government SLIMDOWN." The accompanying article offers some further explanation of the rhetorical tic, with an opening paragraph that reads:

What the Obama administration is portraying as a "shutdown" of the federal government -- complete with signs posted at the entrances to government buildings, parks and monuments -- is turning out to be more of a "slimdown," as all but non-essential workers reported to their jobs Tuesday.