There are many candidates, but comparing Obamacare to the Fugitive Slave Act reveals much -- and may take the prize 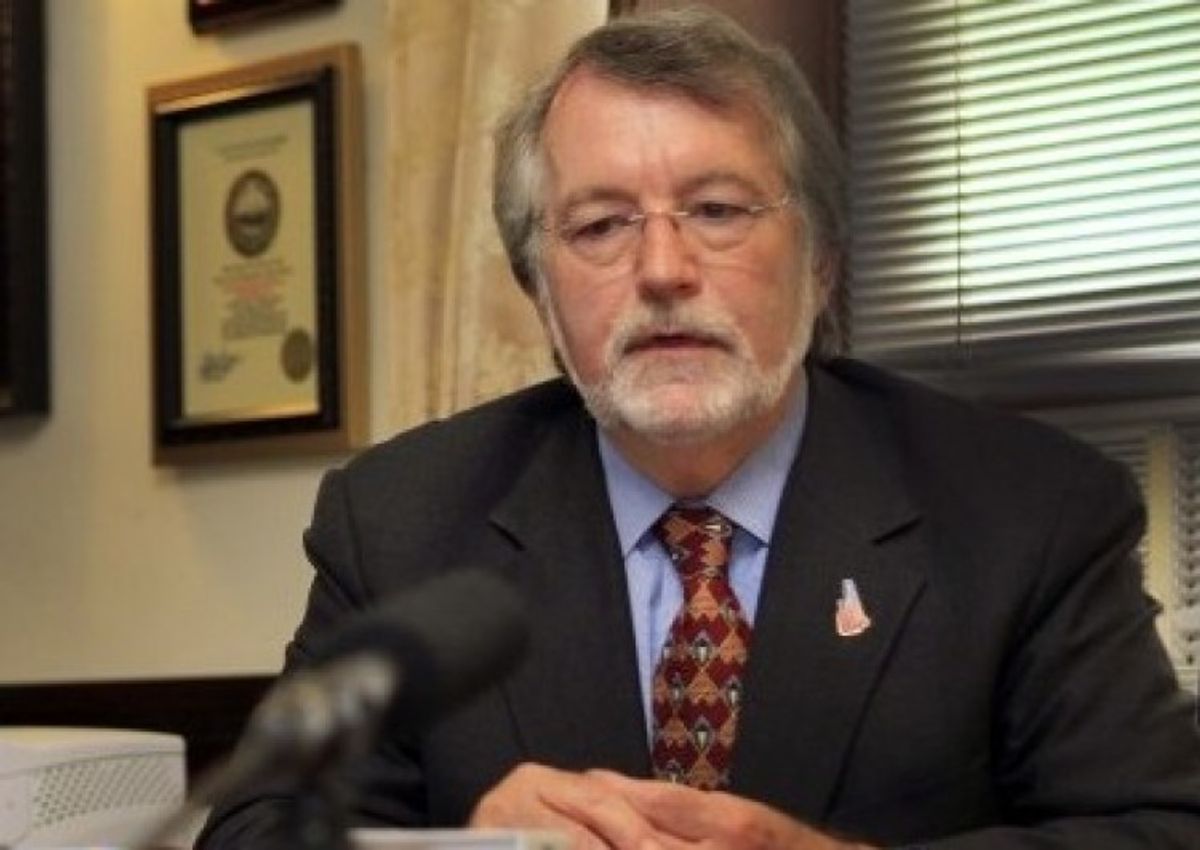 Republicans in the House of Representatives have shut down the United States government – and are threatening to throw the nation into default – as part of their ongoing strategy to defund Obamacare. But is the Affordable Care Act, which went into effect today, really the sort of dreadful legislation that warrants such potentially economy-shattering measures? Most Americans don’t think so, but extreme right-wingers, in a continuing effort to justify their risky tactics, have compared Obamacare to the worst depredations in the history of government.

In what may be the party's lowest moment throughout this debacle, Republican state Rep. William O’Brien of New Hampshire said Obamacare is every bit as bad as the Fugitive Slave Act of 1850. President Obama naturally scoffed at the very idea, but O’Brien defended the analogy. “Just as the Fugitive Slave Act was an overreach by the federal government,” he told the Manchester Union Leader, “so too we understand that Obamacare is an assault on the rights of individuals.” That claim explains a lot about right-wing thinking, where callousness toward universal healthcare is exceeded only by ignorance of slavery.

Perhaps the phrase “just as” can be used as an incantation in Tea Party rhetoric, magically tying their own narrow political goals to universal values. But in the real world – the one informed by actual history and human experience – there is no meaningful similarity between slavery and health insurance (apart from the fact that both have been the subject of federal legislation). The very comparison is deeply insulting to human rights. Slavery was an evil system of unspeakable brutality, while national health insurance, at the very worst, involves a little bit of additional bureaucracy.

According to O’Brien, the Fugitive Slave Act violated states' rights “to determine their policies as to slavery,” as though that was the greatest problem with the law. Completely missing from his tone-deaf analysis was any consideration of the impact on the fugitives themselves. Black people, not states, were the real victims of the Fugitive Slave Act. In the hope that O’Brien and his friends might be educated about the difference, here is what they need to know about American history.

The compulsory rendition of fugitive slaves dates to the founding of the republic, having been included in Article IV of the Constitution with virtually no objection from Northern delegates, including the two from New Hampshire. The first Fugitive Slave Act was passed in 1793, when the issue was referred to Congress by President Washington. The law was enhanced in the Compromise of 1850 at the insistence of Southern political leaders, as a condition of maintaining the Union. (Other provisions of the Compromise included the admission of California as a free state and the national assumption of Texas’ enormous debt – the latter act of federal generosity is now seemingly forgotten by Ted Cruz and Rick Perry).

The 1850 statue was beyond subhuman. It allowed slave hunters to seize virtually any black person on the basis of a flimsy description and the one-sided certification of a Southern court. Once arrested, the alleged fugitives were brought before federal commissioners, but they were prohibited from testifying in their own defense, could not demand jury trials, and were denied the right to appeal. As planned, well over 90 percent of captured African-Americans – including many who had been born free or manumitted – were swiftly dragged back into slavery.

Consider, for example, the fate of Margaret Garner and her family. In the bitterly cold winter of 1856, Margaret and Robert Garner, and their four children, escaped from Kentucky slavery by crossing the frozen Ohio River. They found temporary sanctuary in a cabin near Cincinnati, but they were soon tracked down by their master who had enlisted the aid of United States deputy marshals. Acting under the authority of the Fugitive Slave Act, the posse stormed the cabin and attempted to arrest the fugitives. Robert resisted, firing several shots and wounding one of the deputies, while Margaret barricaded herself in a backroom. As she heard the door give way, Margaret slit the throat of her young daughter, killing her child so that she could not be condemned to slavery. Margaret then attempted to kill her other two children, but she was soon overwhelmed. Although abolitionists later attempted to protect her, Margaret Garner was taken before a federal magistrate who ordered her “removal” to Kentucky.

Or consider the case of Anthony Burns, a fugitive from Virginia who was arrested in Boston. Burns was represented by the foremost attorneys in Massachusetts, but a federal commissioner nonetheless ordered his rendition to Virginia. It took hundreds of federal troops, acting under direct orders from President Pierce, to effect Burns’ removal, as abolitionist Bostonians watched in horror. Upon arriving in Richmond, he was held in a windowless slave pen, accessible only through a trap door. Weighted with chains and manacles, the former fugitive was fed only once a day, and allowed to see sunlight only when he was exhibited to gaping crowds of jeering Virginians.

So let’s get this straight. The Fugitive Slave Act facilitated one of the greatest wrongs in human history, while the Affordable Care Act imposes a small tax penalty on individuals who choose to forgo health insurance. There is no “just as” relationship between the two statutes, other than in the fevered imagination of Tea Partyers like William O’Brien. Even if one philosophically opposes Obamacare’s individual mandate, the imposition on personal liberty is minimal. Nobody who truly understands slavery – or who cares about honesty in American history – would ever compare the rendition of slaves to national health insurance.

Thankfully, not every fugitive case ended tragically in the antebellum era.  In 1858, a Kentucky runaway named John Price was captured by slave hunters near Oberlin, Ohio. Fortunately, Price was able to call for help, and hundreds of Oberliners – students, faculty and townsfolk – came to his rescue. They freed Price from the clutches of the slave catchers and later managed to ferry him across Lake Erie to Canada. There, in the words of the black abolitionist John Mercer Langston, the former slave “walked abroad in freedom, with no one to molest him or make him afraid.”

As it turns out, there is indeed one connection between slavery and national healthcare. Canada got both policies right long before the United States.