She's the only "important" 20-something Elizabeth Wurtzel can think of, but she doesn't represent her generation 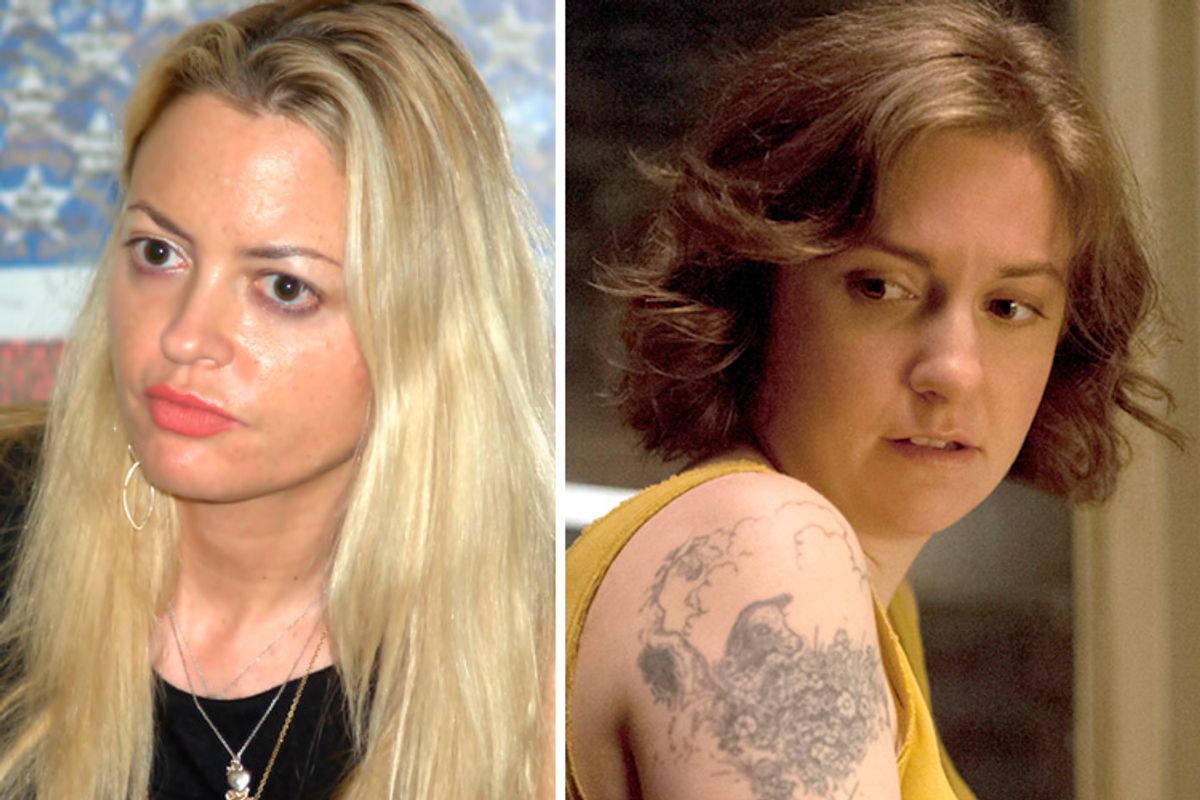 Elizabeth Wurtzel thinks young people are boring. This is not especially surprising, given that exhorting people to live crazier lives has lately become her stock in trade. What's more depressing is her evidence: While shows like "Breaking Bad" and "House of Cards" center on older characters, she argues, "Lena Dunham with her inexcusable thighs seems to be the only twentysomething success story in the world of high art and entertainment." Leaving aside the thighs comment for the moment, what's striking is this: Lena Dunham is the only famous 20-something Elizabeth Wurtzel can think of.

It would be easy to dismiss this out of hand (and Wurtzel makes it easier with non sequiturs like "tech startups in places with names like Menlo Park"). But Wurtzel -- author, famously, of "Prozac Nation" -- is an avatar of a particular kind of Generation X angst, and her weird broadside is an example of a bigger problem: For large numbers of Americans, Gen-X and older, Lena Dunham is the only millennial.

Throughout the run of "Girls," viewers have mistaken its commentary on a certain slice of 20-something life for a documentary representation of all of it. Bad sex has long been used to comic (and tragicomic) effect, and yet male novelists who use it thus are generally understood as artists, not reporters.

That viewers have so often failed to grant Dunham this designation may have something to do with her gender (the idea that some people are allowed to create while others must regurgitate their own experience is alive and well, though it falls more heavily on those less privileged than Dunham). It may have even more to do with the fact that the show confirms what many already think about millennials: that they're demanding brats, emotionally hobbled by "hookup culture" and financially supported by their parents.

And yet each one of these is demonstrably false. A widely cited "study" finding millennial workers are more entitled than others turns out not to exist. Teens and young adults are slightly less likely to be sexually active than in years past -- and a recent study found no evidence of any change in college sexual behavior that would indicate the advent of a hookup culture. While one recent report found a record number of young people living at home (in part by counting college dorms as "home"), the number of young people whose families can afford to pay over $1,000 a month while they find their true callings in New York is, as it ever was, vanishingly small. As many millennials have pointed out in the years since millennial-hate got started, young people today actually have it significantly worse than their elders.

Dunham, whatever you think of her, is aware that her show isn't representative. Hannah Horvath's now-infamous "a voice of a generation" line wasn't some sort of ars poetica from deep within Dunham's soul -- as she's said, "The character was on opium!" In the same interview, she noted, "Because of globalization and increasing populations, my generation kind of consists of so many different voices that need so many different kinds of attention." Dunham may be privileged, but she isn't stupid, and the only thing worse than assuming she thinks her character is an Everywoman is assuming she actually is one.

As has been exhaustively pointed out, elsewhere on television, middle-aged men are blithely murdering one another. No one who watched the "Breaking Bad" finale (for which Wurtzel expressed such anticipation in her piece) came away thinking that 52-year-old chemistry teachers are all oddly sympathetic meth kingpins. So why does the Dunham-as-millennial label stick?

Perhaps because this notional terrible young person is a convenient scapegoat. Jobs are painfully scarce even in an alleged recovery, inequality is sky-high, the government is in near-constant paroxysm, and the only people who have any reason to feel secure are the stratospherically wealthy. In such times, what better villain than someone who's insulated from economic risk by magnanimous parents, and yet still has the gall to be dissatisfied? When everyone's scrambling just to get work, what's worse than someone trying to find herself?

The obsession with the Dunham millennial belies the fact that we're all in this together. Just as actual millennials watch their college debt spiral out of control, baby boomers have seen their retirement plans evaporate (and of course, millennials aren't the only ones in college, or with college debt). Young people and former retirees who can no longer make ends meet are likely to find themselves in the same unemployment line. And the collapse of affordable housing in cities like New York -- which Wurtzel has railed against -- threatens to price out everybody.

But if any of the people affected by today's economic misery want a scapegoat, they might look to those who are actually doing well. A quick glance at this year's Forbes 400 list of the richest Americans reveals that the Koch brothers are in their 70s, the Waltons in their 50s and 60s. Michael Bloomberg, coming in at number 10, is 71. Menlo Park aside, today's richest people are, like the characters Wurtzel hails, on the older side.

If Wurtzel thinks Lena Dunham is the only young person doing "important" creative work, she's not paying attention. But it's not entirely her fault. Even as "Girls" preps for its third season, many Americans still use Dunham as a symbol of everything that's wrong with America. But the few people really cleaning up in our country today aren't her age -- they're Walter White's.