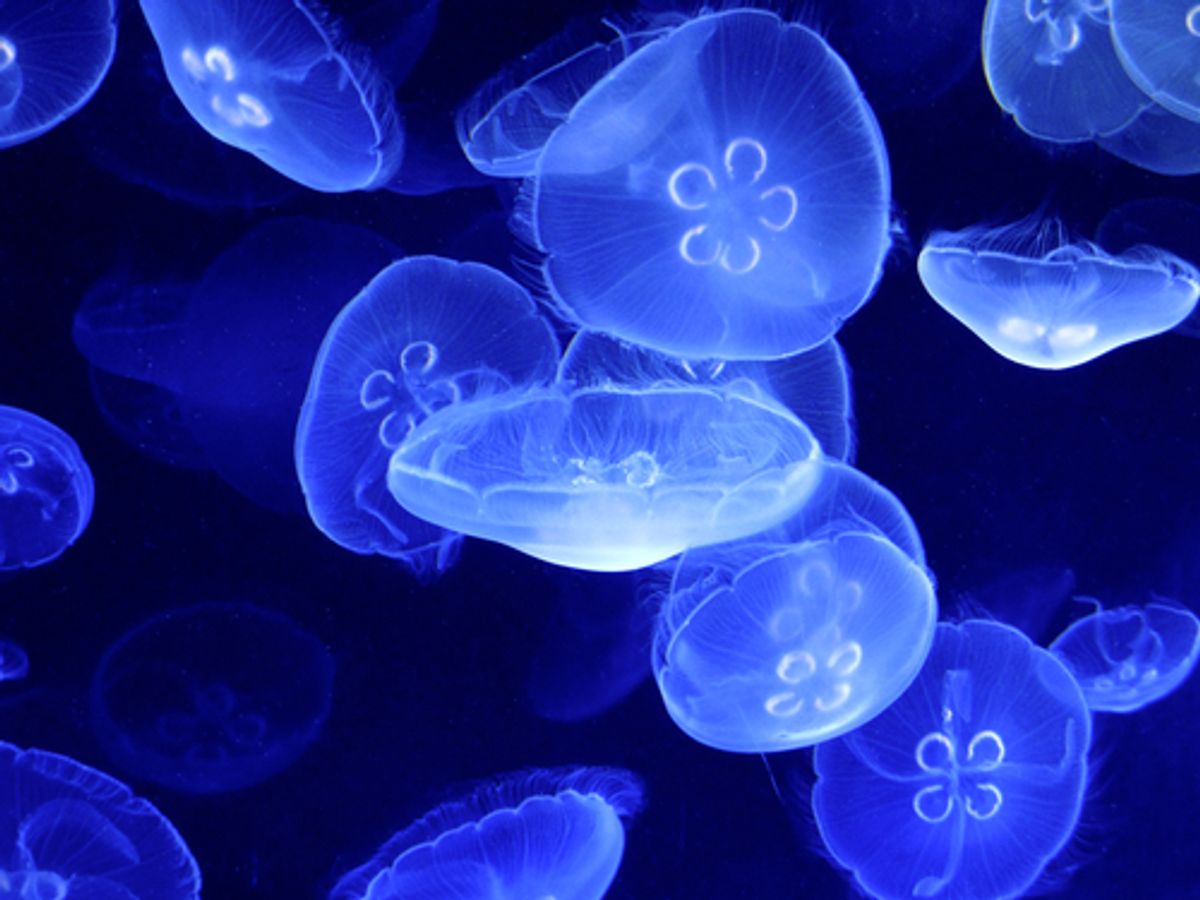 Sweden's Oskarshamn nuclear plant, one of the world's largest nuclear reactors, was temporarily put out of commission after being overrun by a wave of jellyfish. It's back in business now, after operators spent the better part of the last two days cleaning out the free-swimming marine animals from the plant's pipes -- which perform the essential function of delivering cool water to the reactors to prevent them from overheating (and then, you know, experiencing a nuclear meltdown).

Lene Moller, a researcher at the Swedish Institute for the Marine Environment, told the Associated Press that this type of thing has happened before, and may well occur more often in the future:

"It's one of the species that can bloom in extreme areas that ... are overfished or have bad conditions," said Moller. "The moon jelly likes these types of waters. They don't care if there are algae blooms, they don't care if the oxygen concentration is low. The fish leave . . . and (the moon jelly) can really take over the ecosystem."

The AP also points out that Oskarshamn's three reactors use the same technology as that featured at Japan's crippled Fukushima Daiichi plant, which since 2011 has been struggling to recover from the damage wrought by a tsunami. Presumable, jellyfish should be an easier disaster to prevent, but Moller said that a lack of data is keeping scientists from coming up with a solution.