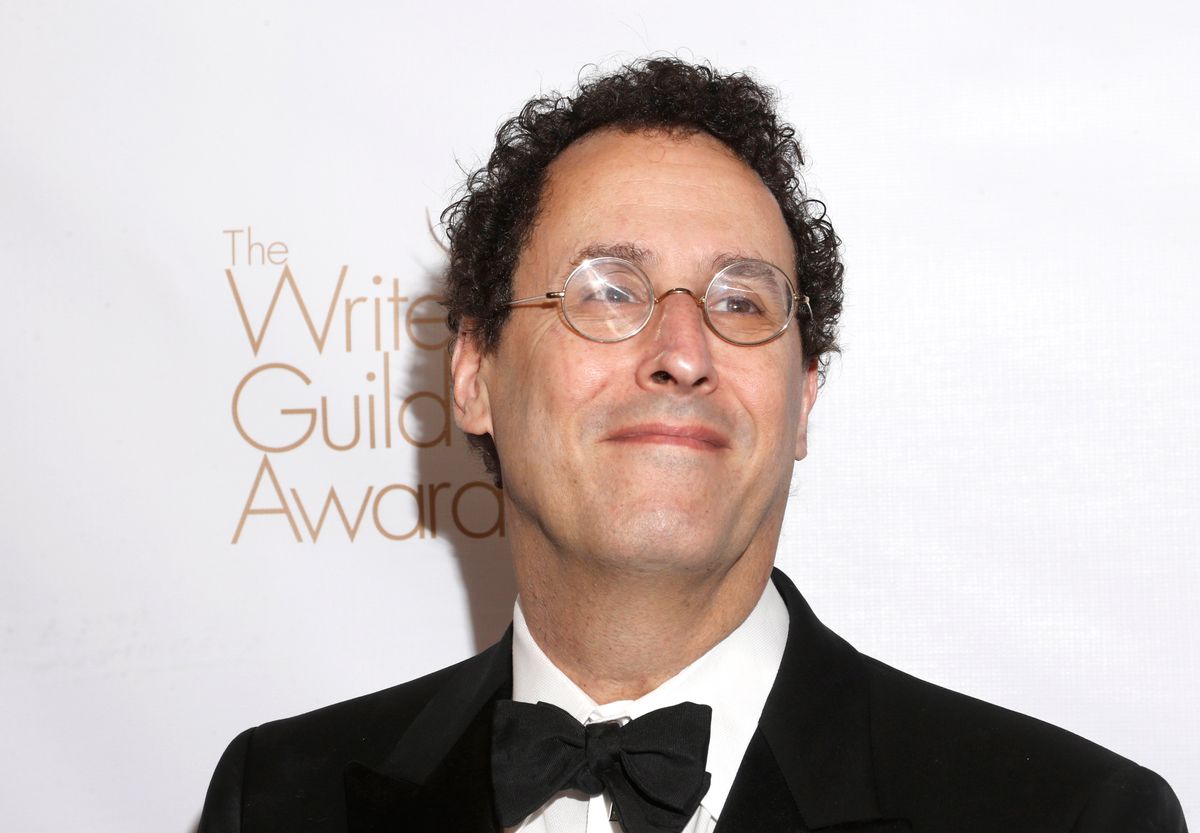 Feeling disheartened about the political process? It helps to take the long view. At least, that’s the attitude keeping Tony Kushner from falling into despair.

A thoughtful and articulate analyst of political and social issues, Kushner is best-known as a playwright (his Angels in America won the Pulitzer Prize) and screenwriter (his scripts for Munich and Lincoln were both filmed by Steven Spielberg). In addition, he is collaborating with composer Jeanine Tesori on an opera about Eugene O’Neill, and he is working on a pilot for an HBO television drama.

Lincoln received a lot of acclaim, including an Oscar nomination for your screenplay and an Oscar win for star Daniel Day-Lewis. Were you satisfied with the way it turned out?
I’m very proud of it—if for no other reason, it provided Daniel with an opportunity to play Abraham Lincoln. I can’t imagine anybody surpassing what he did. It was a weird coincidence: One of the greatest actors of all time also happened to look like Abraham Lincoln! That (resemblance) was more significant than people realize. One of the actor’s main tools of his trade is his face—especially on film, where you can have such an intimate relationship with the face of an actor. When you have to put in any type of rubber appliance, like a brow or a nose, on a face, you’re really cutting off (a vital means of expression). Computer manipulation can make it very real, but you still pay a price. We didn’t put very much on his face at all: A bump, and the ears. Otherwise, it’s really him. I think you see a living, breathing human being, more than with any other actor (who has played that role).

I think Spielberg is one of the great filmmakers of all time. He’s very pleasant to be around, but when he’s on the set putting these shots together, it’s kind of mind-boggling. There’s a very complicated narrative architecture being constructed the whole time, and it’s in his head. He doesn’t plot it out on a piece of paper. It’s a feeling state. He likes to not know exactly what he’s going to do when he goes onto the set for each shot. He likes to be a little scared, and to do some inventing on the spot. But he has a greater fluency with the narrative means of cinema than probably anybody who has ever lived. It’s really thrilling to be around.

Lincoln was about the political process and how it can accomplish great things, almost in spite of itself. Can you retain that optimism even in the face of our current Congress?
I am optimistic. When the movie came out, people asked me, “Is there any hope we’ll have a leader who unites us the way Abraham Lincoln did?” I’d remind them that he united us in the midst of a civil war that killed more Americans than all other wars put together. We don’t really want to be united that way.

Lincoln managed to make an incredibly divided and dysfunctional Congress pass the 13th amendment and send it off to ratification by the states. But that Congress was missing more than one-third of its members, who were from the states that seceded. He wasn’t dealing with what President Obama is dealing with. Those guys are still there!

What I think is happening now is there is beginning to be a certain push back from the electorate. It’s interesting to watch (Speaker of the House John) Boehner start to sweat about the possibility that these crazy people are going to shut down the government. He’s saying “the Democrats have to give us what we want so we can avoid this,” but it’s clear we’re heading toward another financial cliff, fueled entirely by these rejectionist, obstructionist reactionary group of ego-anarchists, who fundamentally don’t believe in the idea of government.

Are we stuck in this showdown for the foreseeable future?
The country has had practically 40 years now of Reaganism. That’s going to take a while to turn away from. It’s still very hard to talk, in ways that make sense, about what government is in a democratic society.

One of the things that is a mark of Obama’s greatness—and I think he has been a great president—is his far-sightedness. He thinks in terms not just of what he can achieve in the immediate moment—and I think he has achieved quite a lot—but also in terms of beginning to rebuild an effective political power base for progressive people in this country. That work is going to take more than two terms of office. It will be years in coming. We should remember how long the right worked on the “Southern strategy,” from Nixon’s first run for the presidency in 1960, to Reagan’s successful run in 1980. It took them all that time to break the old boll weevil Democrats away from the Democratic party. They patiently built this coalition of anarchists and theocrats. It made no sense, but they did it, and as a result, they took over the government of the U.S. for the majority of the last 30-something years. We (on the left) have to develop a kind of patience that I think we frequently lack.

So you’re confident that democracy can work in the long run?
There are many flaws in the machinery. But the machinery is worth having faith in. It’s worth working toward a better and better functioning of it. I have a substantial degree of faith that we’re moving in the right direction. It’s clear to me that we can’t afford any more backsliding. We’ve lost far too much time, especially in terms of climate change. We have to get serious about how we’re going to make change happen.

It’s hard to get, and keep, the left organized. Look at Occupy Wall Street.
It was a wonderful thing while it lasted. I think those people really contributed something. They really woke people up, saying you can’t have a democracy that exists as a weak pretext for building a stronger and strong plutocracy. But we haven’t developed the power to act on this. The reason the Voting Rights Act happened, the reason the 13th amendment got passed, was that in addition to the action on the street, there was a tremendous effort being made to register voters to support progressive candidates—including Republicans.

I don’t think it’s so much an issue or organization as it is a need to ask ourselves how political change happens in a democracy. If you believe in the machinery of democracy, what are you doing to strengthen it and keep it going in a forward direction? Powerlessness is a luxury. You can sit on the side and say, “I think it should be this or that,” which is easy. If you want power, you have to decide about really uncomfortable things like Syria and drone strikes and Edward Snowden. You’re going to have to make compromises that are really unpleasant sometimes. But if you’re willing to make them, you can get things like the Affordable Health Care Act.

So politics is the art of the possible?
I like that expression, but it suggests there’s an impossible vs. the possible. I don’t know that’s true. Miraculous things have happened through democratic political means. The passage of the 13th amendment was one, as was the Voting Rights Act.

The 14th amendment was a compromise. [Its sponsors] wanted to give blacks the vote. They didn’t have the vote, so they made a vague, disappointing-sounding amendment. Then they had to wait for the 15th amendment [to complete the process]. But it’s arguable that the 14th amendment was the most important piece of legislation passed in the history of the human race. It mandated equal treatment under the law for everyone. All sorts of things have come from that. So I believe that politics is also the art of the miraculous.