Vince Gilligan on the worst thing Walter White ever did

The "Breaking Bad" creator talks about the series finale on "The Colbert Report," where Colbert holds him hostage 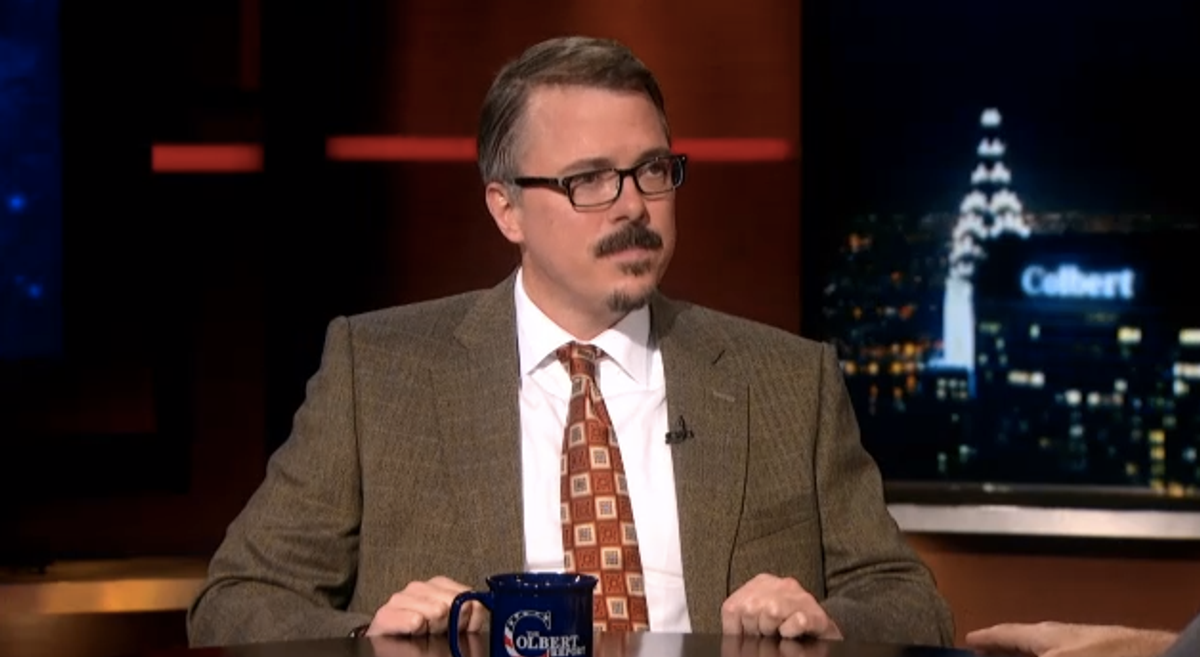 "Colbert Report" fans who don't watch "Breaking Bad" (or aren't caught up yet) must have felt left out during last night's episode, as show creator Vince Gilligan stopped to reflect on the AMC hit series (warning, spoilers ahead).

When asked what the worst thing show protagonist/antagonist meth kingpin Walter White has ever done in the series, Gilligan pointed to Season 5's episode 14, "Ozymandias." "It was the moment when Walt said to Jesse, with apparent glee, 'I watched Jane die. She choked to death and I could have saved her and I didn't,'" recalled Gilligan.

That moment "was about the most sadistic, nasty thing that he did," said Gilligan, explaining that it was worse than actually killing Jane because White at least felt conflicted during the murder. This reveal to Jesse, however, was pure sadism.

Gilligan also explained that Walt came back, yes, to settle financials for his family, but mostly because, to use a "Lord of the Rings" reference, "I think he's coming back for his 'precious,' and his 'precious' is the blue meth, the lab that he constructed."

But for those of you think "Breaking Bad" is over...well, it's not over until Colbert says it's over: