5 people who are psyched about National Kale Day

Oct. 2 marks the first annual celebration of the superfood 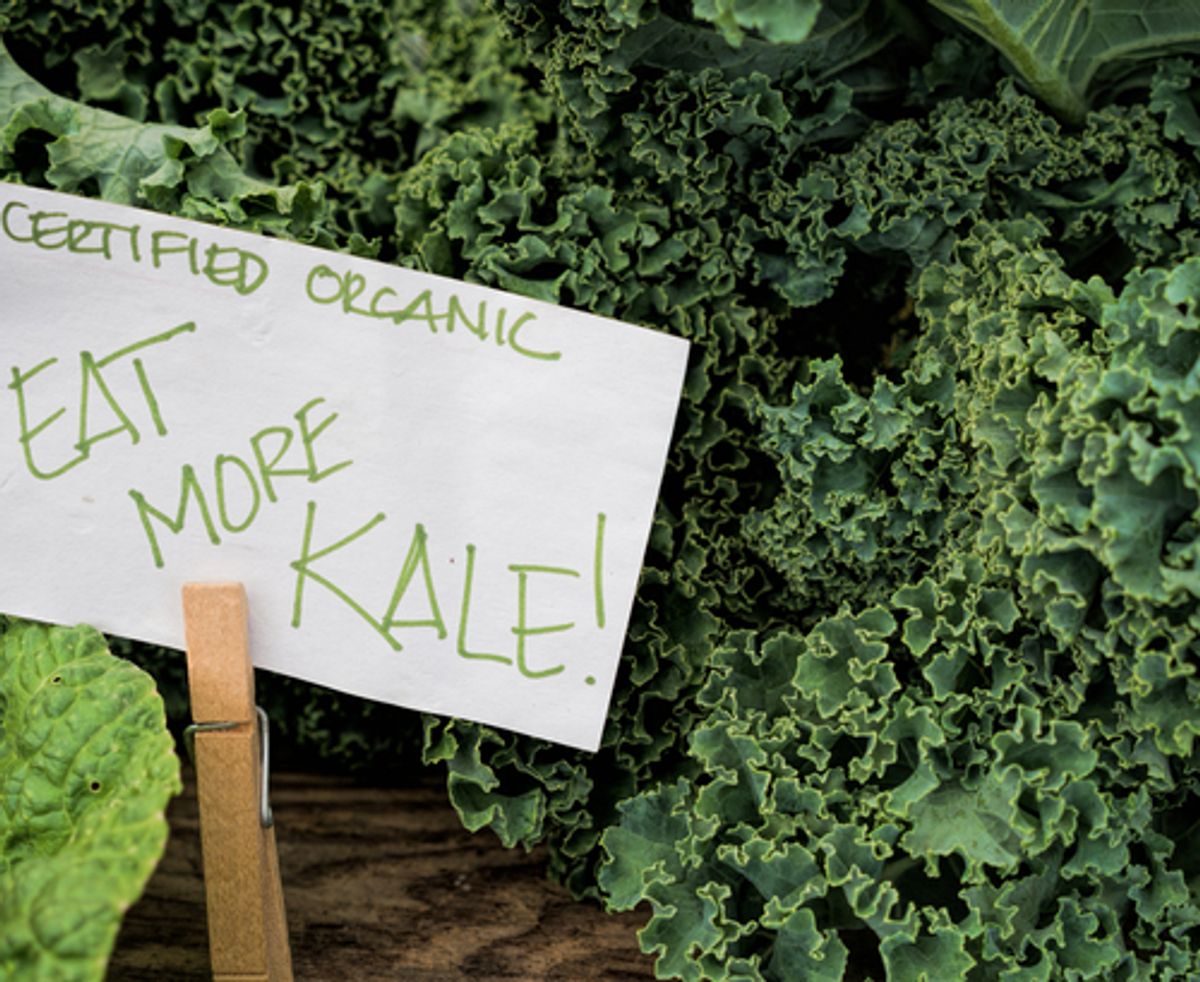 In case you missed it, today is the first annual National Kale Day. True, it's not officially a holiday yet, but there's a Change.org petition requesting that Obama work on that.

Like all food trends, even this healthiest of leafy greens is sure to prompt backlash. NPR's The Salt has some cautionary words about superfood evangelism ("it can be dangerous to fixate on individual foods as curative sustenance"), while Modern Farmer declares it the vegetable equivalent of Gwyneth Paltrow ("We're so over it").

But for many others, the dream of kale is alive and well. Make sure to send them your best before the day's out:

That we're celebrating National Kale Day at all is thanks to Dr. Drew Ramsey, a Columbia University psychiatrist and co-author, with Jennifer Iserloh of "50 Shades of Kale" (it includes a "kale-rotica" essay, he said, “about a love affair with a kale plant that I wrote late one night”). In a recent interview, Ramsey told New York magazine that he sometimes "prescribes" kale to his patients.

Beddard's efforts to get stodgy Parisians to embrace what in French is most commonly known as “curly headless cabbage" were the focus of a recent New York Times feature, which also ventures that kale should be the official vegetable of Brooklyn. “My mission is to make kale as common as lettuce," Beddard, whose crusade is mostly pro-bono, told the Times.

Muller-Moore supports his family just by selling "Eat More Kale" T-shirts. For the past several years, he's been mired in a lawsuit against Chick-fil-A. The company's accusing him of infringing on their "Eat Mor Chikin" trademark, even though his slogan is about a vegetable and, moreover, is spelled correctly. In April, the U.S. Patent and Trademark Office gave his right to protect his business a preliminary "no," and his six months to respond are almost up. National Kale Day could be just the boost his legal team needs.

Kale salads, the New York Times' Kristin Tice Studeman reported in May, are the very definition of in-the-know coolness. Kale, as opposed to elitist vegetables like haricots verts, have a "younger, hipper feel," Studeman was told. According to one "D.J. and downtown fixture," it sends a strong statement: “For some reason when you go to a restaurant and they have a kale salad on the menu, you automatically accept that it’s a cool spot.”

At least 63 New York Times recipes contain kale as an ingredient, encompassing everything from a simple braised kale to the more ambitious deviled short ribs with pumpkin, chickpeas and kale.

Any would be the perfect centerpiece for your National Kale Day feast.