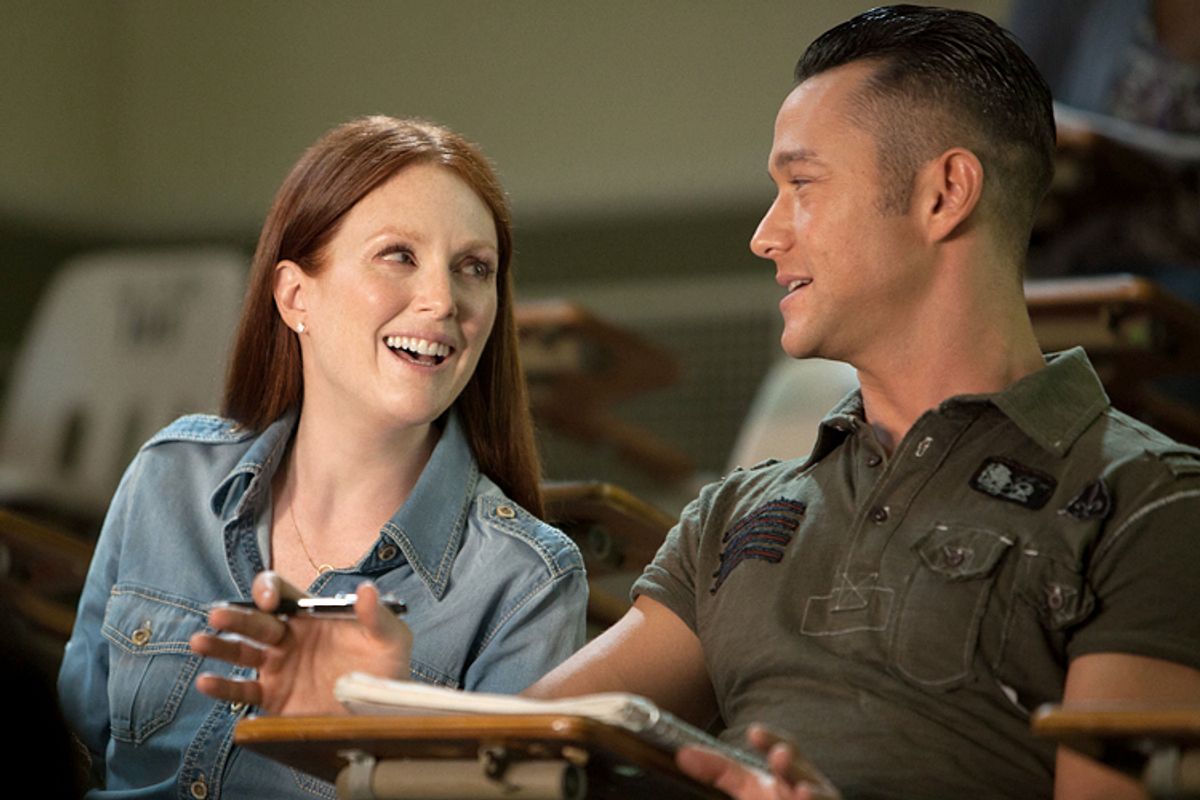 For a film that’s very open-minded in its themes, it seems weirdly intolerant to imply that there are right ways and wrong ways to make love. "Don Jon’s" conclusion essentially says you can only truly enjoy sex if you’re treating it like a holy communion. There’s no aggression, or submission, or even a whisper of playfulness. We’re told to stare into each other’s eyes, take a deep breath, and have the kind of sex that won’t scare our parents. It’s presented as a revolution, Jon abandoning his cocksure selfishness and finally revealing his previous innocence and vulnerability, but it can’t help coming off as traditional, even regressive.

I’m not saying I’d rather have "Don Jon" end with a montage of Joseph Gordon-Levitt and Julianne Moore trying every position in the book, nor am I saying that I think the movie shames people with more unconventional tastes in intimacy. But I do think it’s strange that the film would end by giving us a definitive answer on something as complicated and various as sex.