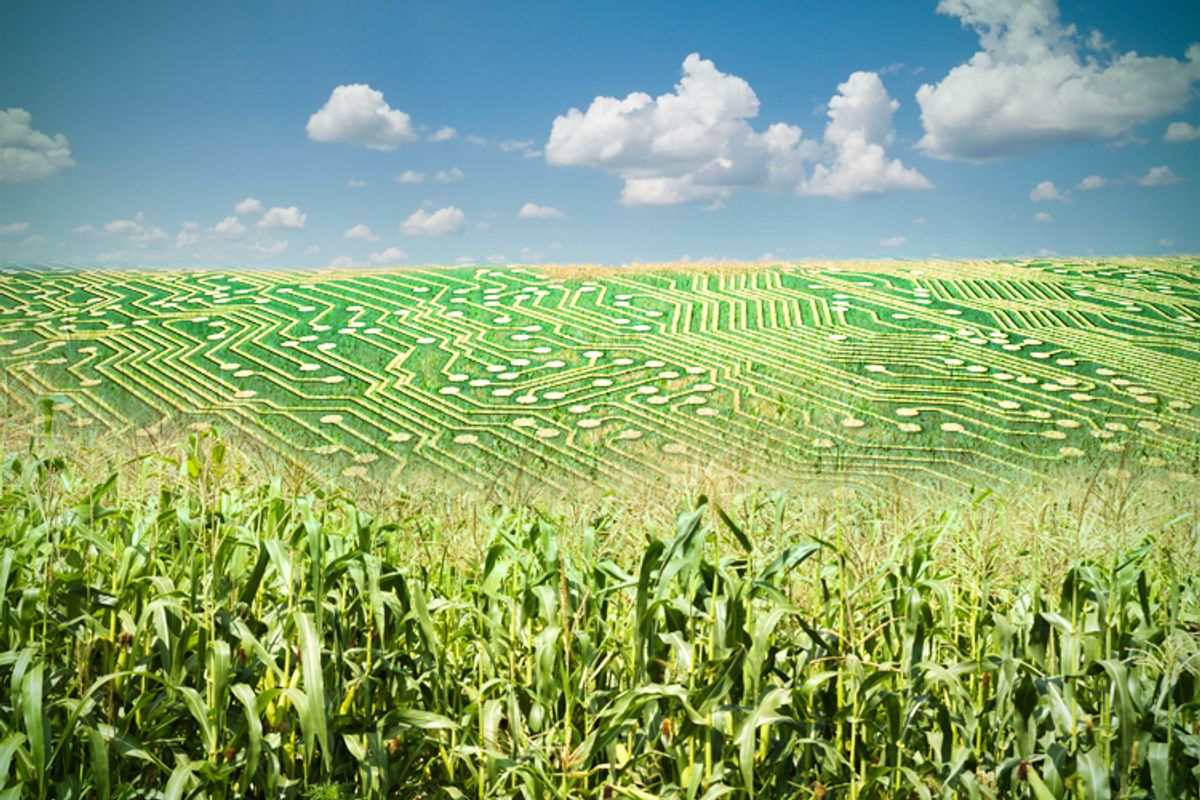 Monsanto announced Wednesday that it was purchasing The Climate Corporation, a big data Silicon Valley startup that sells agricultural insurance based on "hyper-local" weather analysis and historical crop-yield data. The price was $930 million in cash. (Hat tip: GigaOm.)

Here are three ways to think about this news.

1. It's a clever feint to obscure the fact that on the same day, Monsanto announced the company had lost money in its fourth quarter. What better way to distract from a poor earnings report than with a big bet on Big Data-enabled "breakthrough agricultural innovation."

2. It's creepy. According to GigaOm, The Climate Corporation knows "the shape of every single of the 20 million crop lands in the United States, what is grown on each every year, what the crop yields were, and the water-holding capacity of the soil." So, in a single stroke, Monsanto has acquired Big Brother-esque agricultural information domination. Monsanto's press release boasts that "the companies’ combined capabilities will support greater productivity while utilizing the planet’s finite resources more precisely." Maybe so, but Monsanto's bottom line is not based on conserving the planet's resources, but on convincing farmers to buy its seeds and herbicides. More data equals a harder sales pitch.

3) It is, by and large, a ripoff of the American taxpayer. The Climate Corporation's business model would not be possible without access to vast amounts of data collected by the federal government.

From The New York Times.

“We took 60 years of crop yield data, and 14 terabytes of information on soil types, every two square miles for the United States, from the Department of Agriculture,” says David Friedberg, chief executive of the Climate Corporation... “We match that with the weather information for one million points the government scans with Doppler radar — this huge national infrastructure for storm warnings — and make predictions for the effect on corn, soybeans and winter wheat.”

The Climate Corporation was not required to pay a single dime for that information. You're not going to find a more obvious example of a Silicon Valley tech startup leeching off tax-payer funded government services. Monsanto is now in the business of selling insurance policies to farmers based on information gathered by the government that was paid for, in part, by taxes gathered from those farmers. Nice work, if you've got a billion lying around to buy it.