Must-see morning clip: Jon Stewart has had it with the GOP

The "Daily Show" host curses at Fox News' Todd Starnes, who thinks Democrats are overreacting to the shutdown 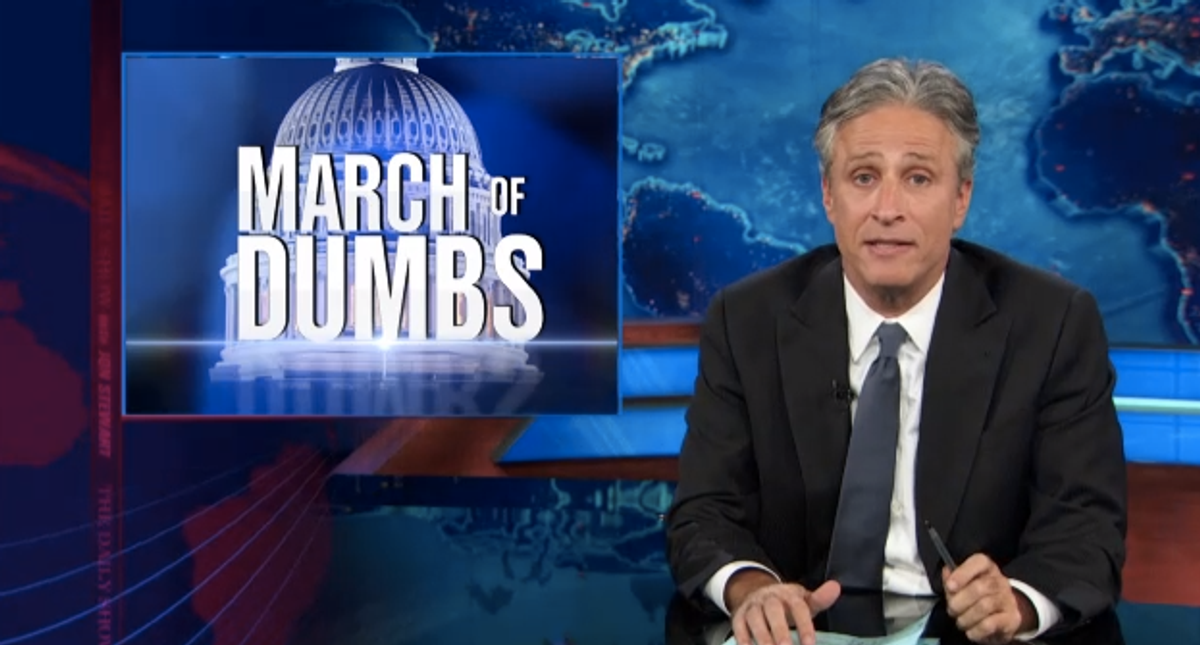 Like most of America, Jon Stewart is angry with the GOP.

One day into a government shutdown triggered by House Republicans, 800,000 workers have been furloughed and many government programs, like the Women Children and Infant's nutritional supplement program, are suspended. "It's like taking candy from a baby," said Stewart on "The Daily Show." "Except instead of candy, it's food."

Meanwhile, conservative political pundits like Fox News' Todd Starnes are laughing at anyone who's upset by the shutdown. "If you believe the Democrats, it's time to buy the potted meat and Tang and get in your survival bunker," he said on "Hannity," with a hearty chuckle.

Stewart responded to the segment with open disdain, saying simply, "Fuck you."

"I know that for you, potted meat and Tang is shorthand for shit you wouldn't possibly imagine eating unless there was a catastrophe," he said. "For the people actually affected by the government shutdown, it's the shit they eat that they can no longer afford."