It's a way of acting out a deeply held secessionist dream 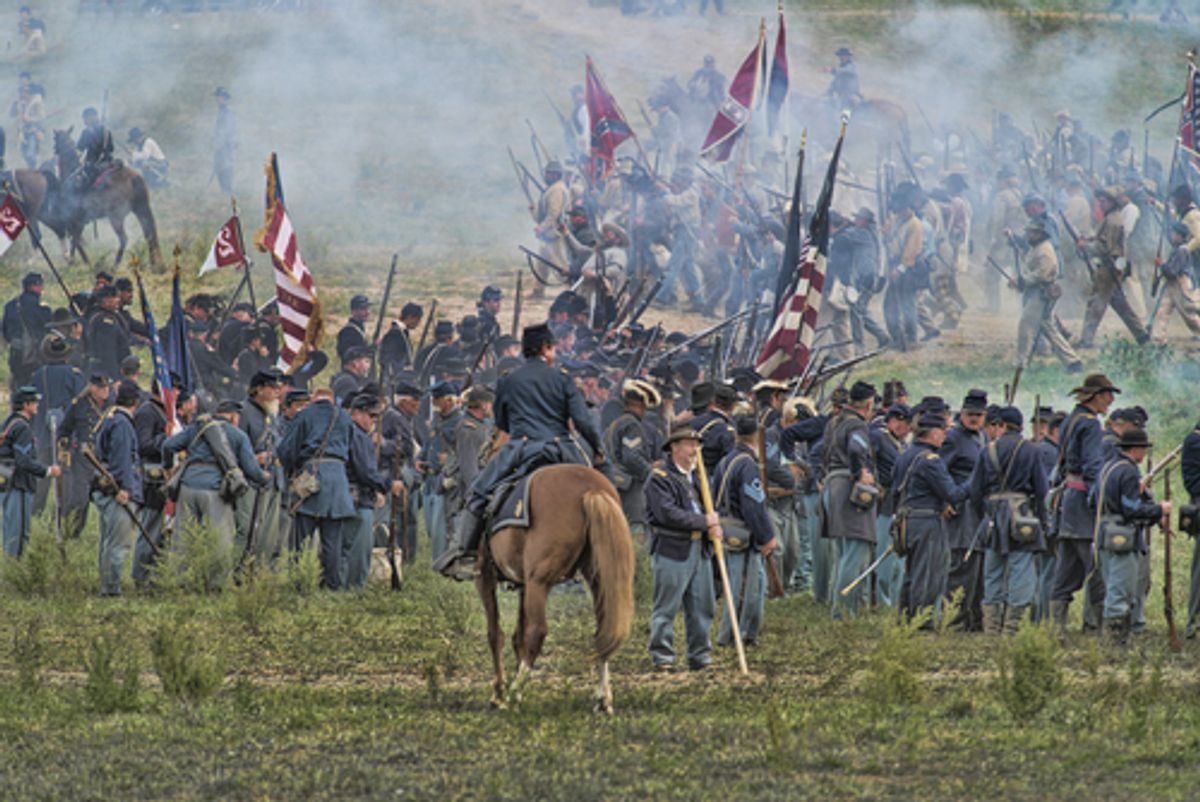 The House-led federal government shutdown is more than maddening, but nobody should be surprised by the Republican confederacy behind it. Nor should anyone underestimate this century's secessionists.

This fight has been seeping inward from the political margins for years, where increasingly ideological Republicans—from Tea Partiers in Congress, to red-state governors, to Chief Justice John Roberts—seek a less perfect union.

They are not the political stepchildren of Ronald Reagan, who, after his day's political battles, shared a belief in a functioning federal government with his top adversary, Democratic House Speaker Tip O'Neill. They are closer to the GOP activists drawn to Barry Goldwater's 1960s-era Conscience of A Conservativemanifesto, which counseled killing government and not making it work.

The most apt historical precedent for today's marauder Republicans is the old Confederacy, where the provocateurs are not merely intent on stopping federal governance, but withdrawing from it or sabotaging it if they can't get their way. Today's Tea Party darlings like Texas Sen. Ted Cruz and the House right-wingers driving the federal shutdown are cut from the same disunionist cloth as the old Southerners who fomented secession and the Civil War.

They have branded Obamacare as their Tariff of Abominations, which were export taxes imposed by Northern industrial states the South railed against before the Civil War. Fox News is the disunionists’ Charleston Mercury,egging on the rebels, and seeking to convey legitimacy to their crusade to save government not by fixing things, but by blowing it up piece-by-piece.

The Republican confederates don't want to follow any law or election result they don't like. Whether it’s Obamacare's coverage of the poorest of the poor, federalgun control, reproductive choice or even the Voting Rights Act, there’s been a parade of red-state politicians in recent years working to exempt themselves and their states from federal rights, laws and remedies.

This is not a new list or trend, but it is growing and is ominous. At its base, it does not share a belief in national government. It includes the 28 states that sued to overturn Obamacare or not participate in it. It includes the two dozen states that passed so-called firearms freedom legislation, which thumbs its nose at federal gun controls. It includes states that don't want new voter suppressionlaws subject to the 1965 Voting Rights Act. They include states whose public health options do not include family planning.

"What is nullification? It’s one of the last-ditch philosophical stands of the slaveholders, the historically disreputable — and thoroughly discredited — concept that a state could “nullify” a federal law by declaring it null and void. The idea of the Slave Power was that the Southern states would “interpose” themselves between the national government and the slaveholders, and prevent our laws from being enforced."

Jackson notes this legal philosophy was repeatedly struck down by federal courts and was never accepted outside the Confederacy. That may be true historically, but not entirely anymore. Today’s Tea Party, which has never been larger than 20 percent of the electorate—the same cadre of older, whiter, wealthier voters who gravitated to Ross Perot’s grievance-filled 1992 presidential campaign—has never accepted Barack Obama’s presidency.

“They have spent the last five years trying to keep poor and working Americans from getting healthcare,” Jackson writes. “This is wrong, it’s immoral, and it’s very undemocratic, since Barack Obama was re-elected by a large margin.”

But the Republican rebels are not just confined to Congress. At the Supreme Court, the right-wing majority led by the chief justice has ruled that states do not have to implement the parts of Obamacare that would enroll their poor in state-run Medicaid. The court also struck down the 1965 Voting Rights Act’s toughest anti-discrimination provision, prompting a handful of red states to immediately impose old barriers to voting.

This is how federal governance is dismantled.

This is not what a constitutional republic looks like. It is an evolving confederacy rather than more finely tuned federal government. One can wonder aloud which red-state governor will be the first to suggest his state leave the union in 2013. But seriously, the House-triggered federal shutdown is the consequence of the Republican Party’s disunionist fantasies moving into the mainstream.

That’s not just maddening, it needs to be seen and called out for what it is—the outright rejection of national government by a new Republican confederacy.