How "Scandal" won me over 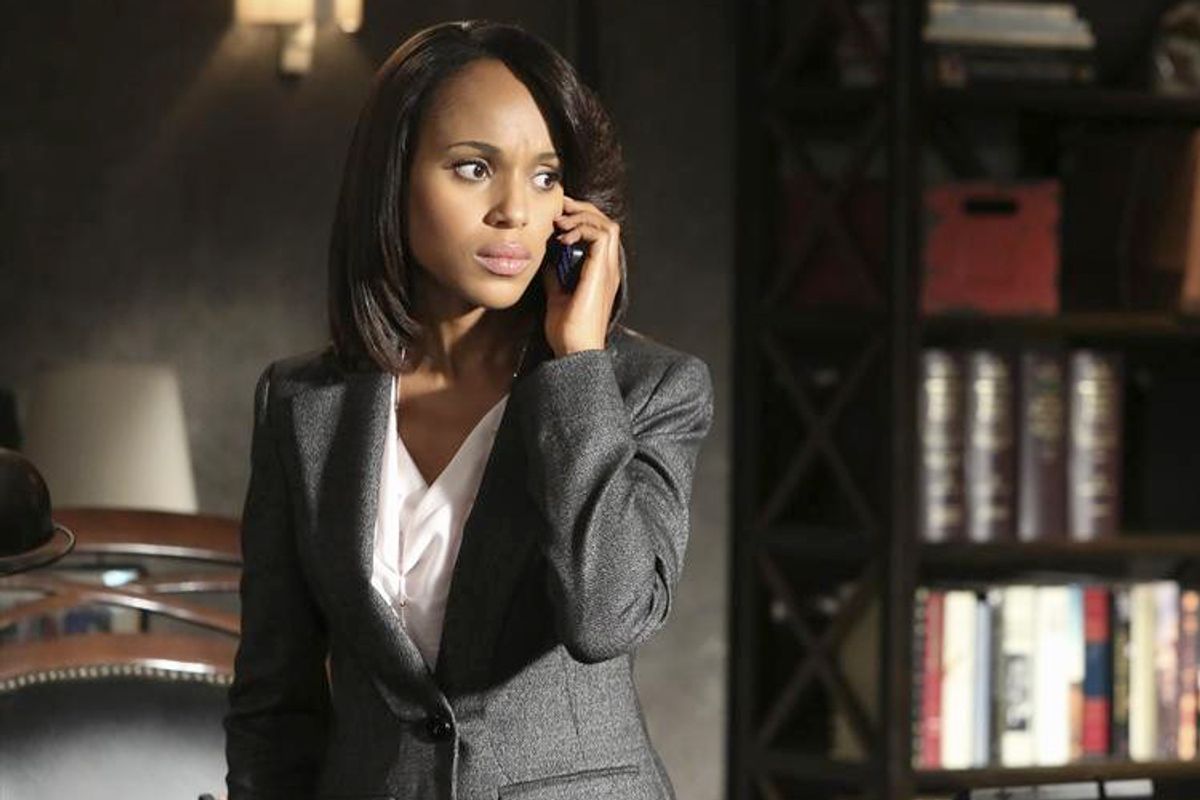 Apparently, our government shut down this week. At first I didn't notice because I've been busy binge-watching "Scandal" for the last two days. Admittedly, this is not something that I wanted to do. When it first premiered in 2012, I watched the first episode and deemed the program an overly slick half-soap about a charmless Washington, D.C., manipulator who refers to herself too often in the third person and speaks, along with everyone else in the cast, in unconvincing knock-off Sorkin dialogue. I would have predicted its imminent cancellation had I given it even another second's worth of thought after the first 40-odd minutes were over. "Scandal" is, of course, now one of the highest-rated series in America. It sets Twitter and Facebook ablaze weekly, and has popularized its own catchphrase.

I enrolled in a Shakespeare course in college entirely because I had failed to spark to the bard in high school. I hate feeling like I've missed out on something. And, so, leading up to tonight's Season 3 premiere, I decided to get on board with Olivia Pope and find out why "It's handled" seems poised to join "You're fired" and "They killed Kenny" in the annals of TV minutiae.

Tuesday, after streaming the entire first season on Netflx, I cannot say that I was much won over. The dialogue still felt forced to me. I've always loved Columbus Short as an actor, but he -- for example -- sounded like he was struggling to spit out rapid-fire bravado against his instincts. ("Gladiators in suits" is "Scandal's" phrase that didn't catch.) Some of the characters were obviously superfluous -- a problem for which "Scandal's" show runners course-corrected admirably in the second season. Others were waiting to ignite; kudos to the actor Jeff Perry for somehow making gay White House chief of staff and self-proclaimed "Republican overlord" Cyrus Beene into a believable human.

"Scandal" also suffered from the episodic approach that frequently weighs down dramas like this one in their first season. Seeing professional fixer Olivia Pope (Kerry Washington) trust her unerring gut all the way to victory every episode was no more rewarding than watching Alicia Florrick and the gang at Lockhart Gardner sway juries with implausible evidence obtained at the last minute for the first season of "The Good Wife."

Thankfully, much of "Scandal's" weekly bullshit eventually fell away to reveal meatier, more deliciously absurd bullshit. Where, at first, it seemed like the scandal at the heart of the show was to be the lukewarm affair between Pope and McHandsome American President Fitzgerald "Fitz" Grant (what, was Hannibal Jefferson Starship Washington already taken?), a deeper conspiracy emerged involving election tampering and a ring of corrupt, self-righteous/self-serving politicians. There's a lot more to it than that, and such is "Scandal's" strength. Week after week, it stacks level upon level of heedlessly ridiculous plot twists on top of each other until the audience is waist-deep in kidnappings, presidential assassinations, post-coital hired killers, waterboarding and whatever else.

The show is relentless in its portrayal of institutional rottenness and -- I strongly believe -- speaks to everyday Americans' most discouraging, deeply held feelings about the way the government runs. OK, maybe that sounds a little overdramatic, but somewhere between not truly understanding the recent government shutdown and feeling certain that 9/11 was an inside job, there are probably a large number of people who subscribe to what Columbus Short's character, Harrison Wright, declares in the middle of Season 2:

"This is next level stuff, grassy knoll stuff. There's a whole other level of D.C., you know, where real politics happen, where decisions are made, not about democracy, or the flag, but about power. This is about things that go bump in the night, stuff regular Americans never hear about. This is the real deal."

"Scandal" revels in that scary premise, mires you in it, and then, in the midst of it all, feeds you optimism. There's a twisted sort of optimism in Huck, the show's mini-Dexter, a coldblooded killer whose murderous tendencies can be tempered by family and crashing AA meetings. There's optimism (and great acting) in Joshua Malina's crusading U.S. attorney David Rosen, the "white hat" policing Olivia Pope's back alley maneuvering. There's optimism in "Scandal's" credo that everyone needs fixing because it also presumes that everyone can be fixed -- even if that requires a lot of breaking.

Most glaring of all, there's a sort of optimism in the notion that Fitz and Olivia Pope, a white man and a black woman, can come together as the nation's most powerful couple (even if nobody knows it) and point the country valiantly toward progress. Their love thwarts all, even white male privilege. In one episode, he declares to her, "You own me. You control me. I belong to you." Whoa, do I hear the sound of the scars of slavery healing? If you're a cynic, you may simply take pleasure in watching a powerful black woman shove her hand up the white president's ass and make him talk about education reform for all people regardless of class or income.

Just to come clean, I'll admit that I have not yet finished watching the second season of "Scandal." There are, after all 22 episodes as opposed to the first season's seven. That's a lot of "Oh, yeah, right!" for one sitting. (I wouldn't actually advise binge-watching the show as I did. It numbs the effect of the cliffhangers.) I do plan to finish before the season premiere tonight, not because I quite love the show, nor because I find it nearly as addictive as its rabid fan base does. But after getting accustomed to the show's hectic rhythm and gaining some affection for its nutty, backstabbing characters, it feels almost necessary that I find out where it's heading. And I'm comfortable saying it's not bad ... Well, OK, it sort of is. But I feel a lot better about it now.