"I'm an instrument that will avenge": The stories of women who fight back

Our culture celebrates male vigilantes, but harshly punishes women who fight back against those who harm them 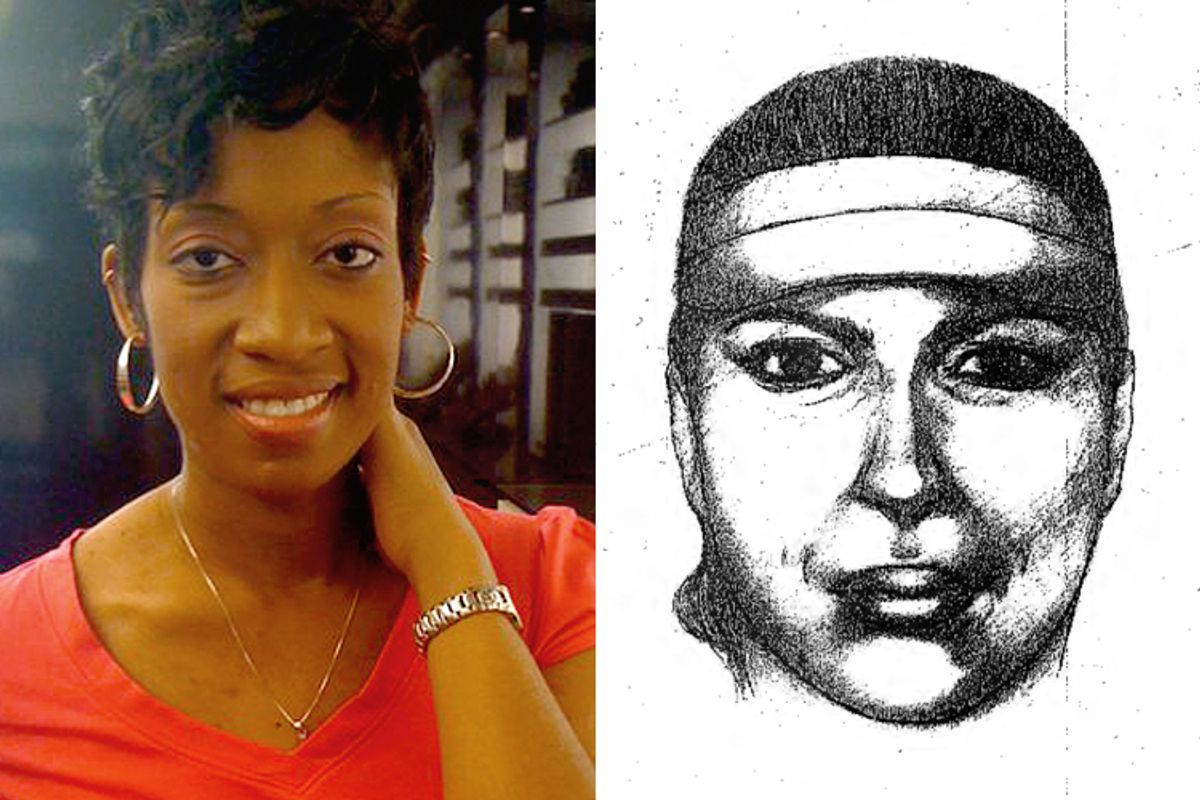 It would be an understatement to say we love the idea of vigilantes.  Movies, TV, and video games are full of them.  The latest vigilante story, "Prisoners," was the top-grossing film last weekend. But fictional or real, the protagonists of vigilante justice stories are usually men.

None of the protagonists of HBO’s documentary "Real Life Superheroes" are women.  A list of real-world vigilantes “crazier than Batman” yields no women. Of several lists of vigilante themed stories, less than 5% feature girls and/or women. All of which might explain the phenomenal success of the "Girl with the Dragon Tattoo" books. Every permutation of gender-based violence accurately and graphically featured in that trilogy thrives in the real world justice systems fail women.

As it turns out, for better or worse, there are many women vigilantes. We just don’t tell their stories very loudly.  Not only does our culture reserve popular vigilante narratives for boys and men, but in news coverage featuring violence and crime, women are twice as likely to be shown as helpless victims.  That’s not how women think of themselves. They’re survivors and they are often fighting back.

In India, for example, the Gulabi Gang regularly take the law into their own hands to protect women against their husbands, fathers and sons. These pink sari-clad justice fighters carry big sticks and teach women how to use them to defend themselves. They regularly confront the police and magistrates or, when they feel that the system fails, go after abusive men directly. The Gulabi Gang upsets more than the habits of abusive husbands. Apologies to Hanna Rosin, but they disrupt entrenched, very much alive, patriarchal social structures.  Sexualized violence, in particular, plays a significant role in caste systems (we are no different) and the enforcement of traditional social hierarchies.

While the December 2012 Delhi gang rape case has become infamous, a 2005 incident elsewhere in India has gotten a lot less attention. According to the Guardian, a group of women lynched a man in the city of Nagpur. For ten years, they said, he had terrorized an entire community by systematically raping women, “in every other house in the slum.”  Additionally, he allegedly ordered “his henchmen to drag even girls as young as 12 to a nearby derelict building to be gang-raped.” Despite repeated reports to the police, every time he was arrested, he was released. What did the women do on the pristine marble floors of the courthouse?

It took them 15 minutes to hack to death the man they say raped them with impunity for more than a decade. Chili powder was thrown in his face and stones hurled. As he flailed and fought, one of his alleged victims hacked off his penis with a vegetable knife. A further 70 stab wounds were left on his body. The incident was made all the more extraordinary by its setting…Laughed at and abused by the police when they reported being raped…the women took the law into their own hands.

After dispatching him, five women were arrested and then released after protests. The more than 200 women involved suggested that the police “arrest us all.”

Sometimes though, it is just one woman, maybe wearing a blonde wig, like Mexico’s Diana the Hunter of Drivers.  For two decades women in Cuidad Juarez have being hunted, raped and killed by the hundreds. While the crimes peaked in the early 2000s, there are now in excess of 800 girls and women killed or missing. The magnitude of the gender-based violence in this region is staggering.  Most of the victims are teenage girls who walk out of their homes to go to school, run errands or go to work and never come back. The more recent police response to this tidal wave of violent misogyny has been tepid.  Last month, a woman wearing a blonde wig (or with dyed hair), boarded two buses and shot their drivers dead at point blank range. Afterwards, she sent emails to the media explaining her motive: to retaliate against bus drivers, especially those who work in mainly American assembly plants in Mexico, who have been accused of raping women on buses. She wrote: "I'm an instrument that will avenge [the attacks against] several women. We seem weak to society, but we're truly not. We're courageous and, if they don't show respect to us, we will make them respect us by our own means. We women of Juarez are strong."  In the meantime, bus drivers are staying home.

Two weeks ago, a 25-year old woman in India killed her rapist by immolating him during a meeting in which they were supposed to, according to the courts, come to a “settlement.” She has been charged with murder.  Likewise, last year, Nevin Yildirim, a young Turkish woman, eventually decapitated a man who entered her house at night and raped her, for months. He allegedly photographed and blackmailed her and threatened to kill her children if she sought help. People in her community knew what was going on and no one did anything, so she decided to defend her own honor.  She faces trial for murder.

Considering that a vigilante is a person who takes the law into his or her own hands to address a failure of the law or justice system, are battered women who kill their spouses vigilantes?  Studies show that those who fight back and kill abusive spouses aren’t generally seen as victims.  They certainly aren’t understood as people acting on behalf of themselves and their children to adapt to a structural environment that criminalizes women’s survival strategies, strategies that necessarily differ from those of men.

The ongoing case of Marissa Alexander demonstrates that even when danger is imminent a woman cannot count on the justice system, especially if she's not white. Alexander was sentenced to 20 years in prison for firing what she says was a warning shot at her abusive husband. She thought that Stand Your Ground laws applied to her.  Perhaps the only good thing to come out of the abhorrent Zimmerman case is an upcoming retrial for Alexander.  The question is, does Stand Your Ground apply to domestic violence, especially women of color who defend themselves against abusive spouses?

The documentary "The Perfect Victim" explores the cases of three women who either killed their husbands or had their husbands killed by others after years of violent abuse.  It follows the Missouri Battered Women Clemency Coalition’s attempts to navigate the legal system and have the women freed after decades of incarceration.  Most of the women were denied the right to present their histories of torture and abuse at trial.  Two of these women, raped, beaten, trafficked and tortured for years prior to killing their husbands, spent more than a total of eighty-five years in state prison.  Even after clemency was granted to one of the women, the parole board did not release her for more than two years because they decided it “would not be in society’s” interest to let her free.

Differing punishment dolled out for killing an intimate partner is telling.  Vastly more men than women are in jail for murdering spouses, but women who kill abusive husbands serve disproportionately long sentences if found guilty.  According to the Michigan Women's Justice and Clemency Project, men who kill their intimate partners get an average sentence of 2 to 6 years whereas women are sentenced, on average, to 15 years.  If you find yourself saying, as so many do, “why don’t women leave instead of committing murder,” it’s important to note that a woman is actually at 75% greater risk of harm from her abuser after she leaves.  As one of the Missouri Coalition lawyers says, that’s the wrong question -- why not ask why the abuser doesn’t leave instead?

In some Native American communities women are killed by intimate partners at a rate of more than 10 times the national average and incidences of stalking, sexual abuse and rape are four times the national average. Despite pervasive brutality,  only a fraction of cases, if they even make it into the justice system, are resolved in either the federal or Native American courts. Gloria Champion, an anti-domestic violence advocate who works closely with survivors of abuse explained, “Women here often don’t report domestic violence because they think it’s futile.” Faced with widespread systemic failures like these, what are women supposed to do?

When women act as vigilantes it’s unsettling, especially when they are extremely violent.  But, it’s not just because they are defying the rule of law. It is because they are illuminating the corrupt nature of the rule of law.   I am not in favor of violence, but I am in favor of laws that adequately meet everyone’s needs and lived experiences. Virtually every country in the world lacks laws to adequately protect women who are victims of violence.  Maybe it would be in society’s interest to actually address, profoundly, what it is that forces so many women take justice into their own hands.