Juan Ceballos fled Mexico for the US to escape a culture of persecution. His move came with a steep price 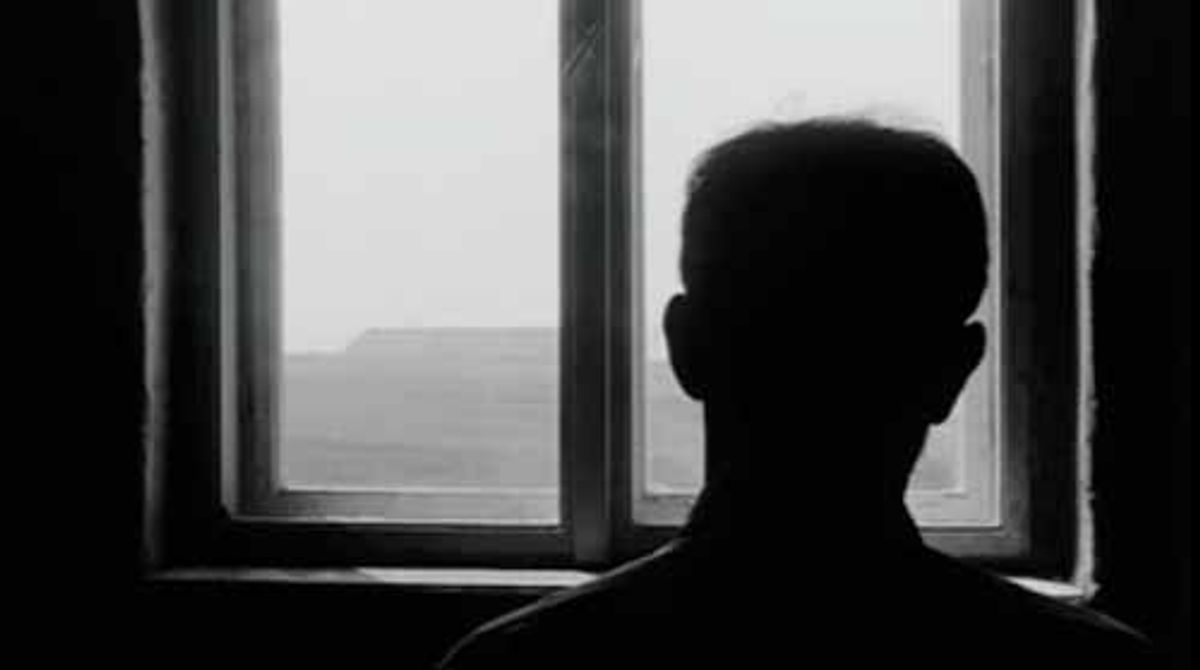 PALM SPRINGS, Calif. – Juan Ceballos came to the United States so he could live freely as an openly gay man. But the move came with a high cost: he had to take on another secret identity as an undocumented immigrant.

Ceballos was 17 when he entered the United States by foot, a backpack on his shoulders, easily passing as an American student through the Tijuana border.

“To be here was more difficult,” says Ceballos. “I was afraid.”

After only two months of living as an undocumented immigrant in the United States, Ceballos decided to go back to Mexico.

But he didn’t last long there either.

His return to his hometown of San Luis Potosí, in central Mexico, thrust him back into the same bullying and verbal abuse that he had tried to escape.

Ceballos, who knew he was gay at a very young age, had a difficult relationship with his father, who he describes as “macho.” The treatment he received from his father upon his return home eventually drew him back to the United States.

“My experience in Mexico was not good the last time I went to my hometown [because of] my father,” he says.

Three years later, Ceballos left Mexico for good. When his father passed away several years ago, he didn’t go to the services.

“I don’t want to say it this way, but I am glad he passed away. I wanted to be myself.”

Back in San Diego, he struggled to find work. He eventually found a job at a nursing home. When he wasn’t working, he read books to learn English and started venturing out to gay bars.

Then he fell in love, and he says it empowered him to live openly as a gay man – but he remained closeted as an undocumented immigrant.

His legal status took a toll on the relationship. Although his partner knew he was undocumented, Ceballos would not travel for fear of deportation and was consumed with the stress of being found out.

While living in San Diego, Ceballos was startled when a neighbor proudly told him she had called immigration on an undocumented person working at a nearby hotel.

Eventually he and his partner broke up, and a heartbroken Ceballos decided to move to the gay-friendly city of Palm Springs – and further into the closet as an undocumented immigrant.

On their wedding day, Ceballos and Keith were joined only by their parents and their “gay grandparents,” local LGBT activists Doug Hairgrove and Warren Wood.

“We have been together since we were seniors in college. We have been at it for 53 years,” says Hairgrove. “We have seen everything.”

Lately, Hairgrove and Wood have been dealing with more issues related to “undocuqueer” people. In one case, Hairgrove assisted an undocumented gay Latino obtain financial aid for college.

As more gay student clubs are formed in the heavily Hispanic Eastern Coachella Valley, the couple recently hit a speed bump while organizing a Safe Schools field trip to San Diego. Several students were scared to go on the trip because it involved passing a border patrol checkpoint.

“When minority groups, specifically queer migrant students, they may feel at risk,” said Hairgrove. “They have two hurdles to overcome.”

Hairgrove assured the students they would be safe and the trip was successful.

Although Hairgrove and Wood have helped many in the gay community, they were unable to help their close friend Ceballos with his legal status. It was especially frustrating because they knew that marrying Keith would allow Ceballos to petition for residency – but the legalization of same-sex marriage just didn’t seem likely.

Being unable to marry was a situation they once faced.

“Our biggest fear was not being able to make [medical] decisions for each other,” says Hairgrove, who married Wood in 2008 when same-sex marriages were briefly legal. Until the DOMA ruling, legally married same-sex couples were denied many of the benefits afforded to other couples, including the right to make medical decisions for a spouse in an emergency. “Looking back, being married was and is beyond everything we thought possible for over 45 years and became one of our biggest accomplishments as individuals and as a couple because we had been fighting for equality for so very long.”

Hairgrove and Wood were honored to have been among the few present at the wedding of their close friends.

“In reality, we knew the marriage would mean more than the marriage of most people…their marriage, we knew, would provide a pathway to Juan’s status as a resident and eventually citizenship,” says Hairgrove. “It meant that Juan and Keith would be forever safe in each other's arms and in the eyes of the law.”

“When I came to Palm Springs 13 years ago, I just decided ‘This is none of your business,’ he says. “I have a different life here, and I never told anybody my status. Nothing, nothing.”

When he began dating a new partner, Keith, six years ago, he eventually told him about his legal status, but he continued to keep his secret from everyone else.

“My friends think I am a citizen. I never discussed this with them,” he says.

He still avoids travel and takes extra precautions every day. He doesn’t speed, drink and drive, or go to areas known to have immigration raids.

“Because I love this country and I don’t want [anything] to happen so they can take me out,” he says. “I don’t want anything, anything, to happen that I can be deported or I can be arrested for.”

All of that changed on June 26, when the Supreme Court announced that they had struck down part of the Defense of Marriage Act (DOMA) and dismissed the case of California’s Proposition 8.

The ruling meant that Ceballos would be able to marry his partner Keith, who could now petition for him to get a green card.

“I was crying, I was not able to work good because I kept looking at my phone and looking at Facebook, reading everything,” he recalls. By that time, his mother had moved to California, and was able to share in his excitement. “My mom was with me that day, she came and gave me a hug, and we started crying together. It is amazing, amazing.”

That same morning, immediately after the Supreme Court decision was announced, Keith proposed to Ceballos. One week later, they were married at the Indio Courthouse.

Keith has since petitioned the U.S. Citizen and Immigration Services for his husband to be granted legal residency.

Several years ago, Ceballos had an opportunity to marry a close female friend but he declined.

“For me, marriage is only with the person I love,” he says.

With Keith, it was different.

“We didn’t marry just for [legalization],” he says. “We married because we are in love.”

Now, as he awaits his green card, he feels his dreams finally within reach.

“I just want to be free to drive, free to do what I want to, to make my goals, make my dreams come true,” he says. “Because I have a lot of dreams.”

Ceballos says it is difficult to express his feelings about his two countries.

“I love my culture, I love to be Mexican, but I am proud and more in love with this country…because probably the things I have now never would happen in Mexico. I’m free to say ‘gay.’ I’m not free to do a lot of things, not yet. But if I was in Mexico I would not be free to be myself.

“My family is here, my nieces and nephews were born here, my three sisters and my mom are here. I hope I can stay here forever.”

His immediate goal is to go back to school and get his real estate license so he can go into business with his partner, a realtor.

But until he has his green card in hand, Ceballos feels that he is still lugging around that same backpack he crossed the border with 21 years ago.

“I feel like [the backpack] on my shoulders probably weighs a couple hundred pounds and probably that day [when I get my green card], it will be off. And I will [be able] to fly or run.”

One day he hopes to become a U.S. citizen. “The day it happens will be the second best day of my life,” he says.

The best day? “Meeting the guy I married.”