"Slapped, beaten, ridiculed": A state everyone should fear

Two Canadians, held without charge in Cairo for weeks, illustrate brutality and incoherence of Egyptian government 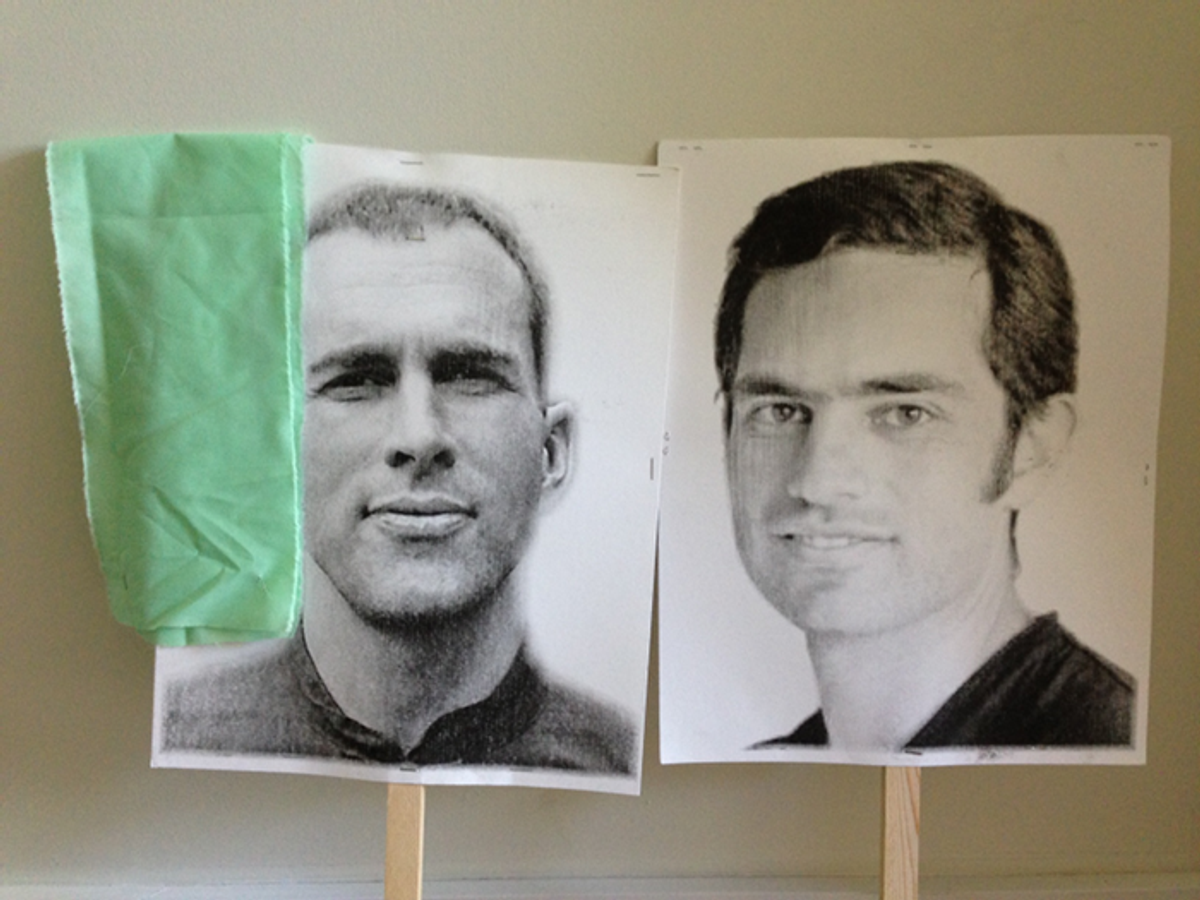 Placards in support of John Greyson (left) and Tarek Loubani, held without charge in Egypt since mid-August (tarekandjohn.com)
--

Cairo's Al-Fath mosque was no place to be on Aug. 16. Or -- for precisely the same reasons -- it was exactly where journalists and those observing Egypt's tumultuous political shifts had to be. That day, as my friend and Guardian Cairo correspondent Patrick Kingsley reported from the ground, dozens of corpses of supporters of ousted President Mohammed Morsi piled up at Al-Fath following a bloody crackdown on a pro-Morsi protest by the Egyptian army.

"It was a hellish scene at the mosque. Every spare patch of floor became a makeshift operating theatre," wrote Kingsley. The state media would pass it off as a crackdown on terrorists; it was nothing short of a massacre (one in a series carried out over the summer against Muslim Brotherhood supporters). Following his presence at Al-Fath that day, Kingsley was picked up and detained by security forces. He was released the same day -- an accredited journalist with the Guardian, registered with the relevant Cairo bureaucracies. Perfunctory calls were made and it was deemed Kingsley was no spy, or, at least, that it was not worth keeping the young British journalist detained. John Greyson and Tarek Loubani, two Canadians who had also been present at Al-Fath on the 16th, were not so fortunate.

Like the many thousands of Egyptians who have been arbitrarily snatched, held without charge and assaulted by the Egyptian security forces (now backing a contentious and at times incoherent state operation) Greyson and Loubani have now been held in a Cairo prison without formal charges for 48 days. The two Canadians learned this week from Egyptian prosecutors that they would be held for another 45 days. Loubani, an emergency room doctor and assistant professor of emergency medicine at Ontario's Western University, and Greyson, a professor at the department of film at York University and a filmmaker who was working on a film about the region, have reportedly been beaten in Egyptian police custody, and with little other recourse, have begun a hunger strike to protest their imprisonment. Following their arrest, the two men were able to put out a release, describing their arrest and treatment:

We decided to check out the Square, five blocks from our hotel, carrying our passports and John's HD camera. The protest was just starting – peaceful chanting, the faint odour of tear gas, a helicopter lazily circling overhead – when suddenly calls of “doctor”. A young man carried by others from God-knows-where, bleeding from a bullet wound. Tarek snapped into doctor mode, and started to work doing emergency response, trying to save lives, while John did video documentation, shooting a record of the carnage that was unfolding. The wounded and dying never stopped coming. Between us, we saw over fifty Egyptians die: students, workers, professionals, professors, all shapes, all ages, unarmed. We later learned the body count for the day was 102.

We left in the evening when it was safe, trying to get back to our hotel on the Nile. We stopped for ice cream. We couldn't find a way through the police cordon though, and finally asked for help at a checkpoint.

That's when we were: arrested, searched, caged, questioned, interrogated, videotaped with a 'Syrian terrorist', slapped, beaten, ridiculed, hot-boxed, refused phone calls, stripped, shaved bald, accused of being foreign mercenaries. Was it our Canadian passports, or the footage of Tarek performing CPR, or our ice cream wrappers that set them off?

The two men were in Egypt en route to Gaza; they were working on an academic and medical collaboration between the University of Western Ontario (UWO) and the main hospital in the Gaza Strip, the al-Shifa hospital. Loubani -- of Palestinian heritage -- helped build the Canadian-Gazan academic collaboration. Both the Canadians' support campaign group and Kingsley suggested to Salon that the Palestinian connection could play some part in the men's treatment in Egypt. The army, Kingsley said, is "tarring Palestinians with the same brush as Muslim Brotherhood supporters; there's an environment of xenophobia." Echoing Kingsley's comments, a colleague of Greyson's from York University and a support organizer for the jailed Canadians, Justin Podur, told Salon: "Tarek's Palestinian origin probably played a role, given the xenophobic and anti-Palestinian atmosphere among the police and army."

As Kingsley stressed over the phone from Cairo, the Canadians' detention -- a human rights abrogation in and of itself -- is a "drop in the ocean" of arbitrary detentions and beatings carried out by the Egyptian army and police. Many hundreds have been killed in recent months in both army-orchestrated massacres, retaliatory terrorist attacks by Islamist groups and widespread sectarian strife. "Certainly," said Kingsley, "it is a dangerous place to be a journalist." Dozens of foreign and local journalists -- accredited and non -- have been killed; many hundreds of civilians more. Meanwhile, the treatment of foreigners by the Egyptian state reflects both a dangerous and incoherent governance. As Podur told Salon, Greyson and Loubani's treatment is illustrative of a broader troubling context in Egypt worthy of international concern:

The fact that the Egyptian state is willing to defy 147,000 petitioners, delegations to Egyptian embassies and consulates from Seoul to Berlin to New York to Delhi, and repeated entreaties by the Canadian government in order to hold two men for 48 days without a shred of evidence or even a pretense of legal procedure shows an extraordinary confidence in its own impunity. Such a state should be feared by everyone.

The Canadian government and prime minister have exerted pressure on Egypt to release the two prisoners if they do not bring specific charges against them. Greyson and Loubani's supporters -- concerned that the Egyptian government has made a slew of extreme accusations against the two men (including of terrorism and spycraft) -- want the Canadian government to drop any caveats concerning possible charges and to demand instead the men's immediate, unconditional release. With the announcement this week that prosecutors plan to hold the men for 45 days more, the likelihood of swift freedom is slim. Podur stressed that there is still "plenty of hope," noting, "the prosecutor can drop the charges at any point, and Tarek and John could be on a plane the same day. It is a question of him finding the motivation to do so."

And while, as Kingsley noted, the intense sectarian street battles of the summer have petered out, the Egyptian Army -- the recipient still of a yearly $1.5 billion in U.S. aid -- continues to operate a volatile and regularly incoherent state, of which two imprisoned, beaten and abused Canadians are but a micro-percentage of the victims.