From the Mighty Mighty Bosstones to Tori Amos, these artists are worth a listen today for both old fans and new 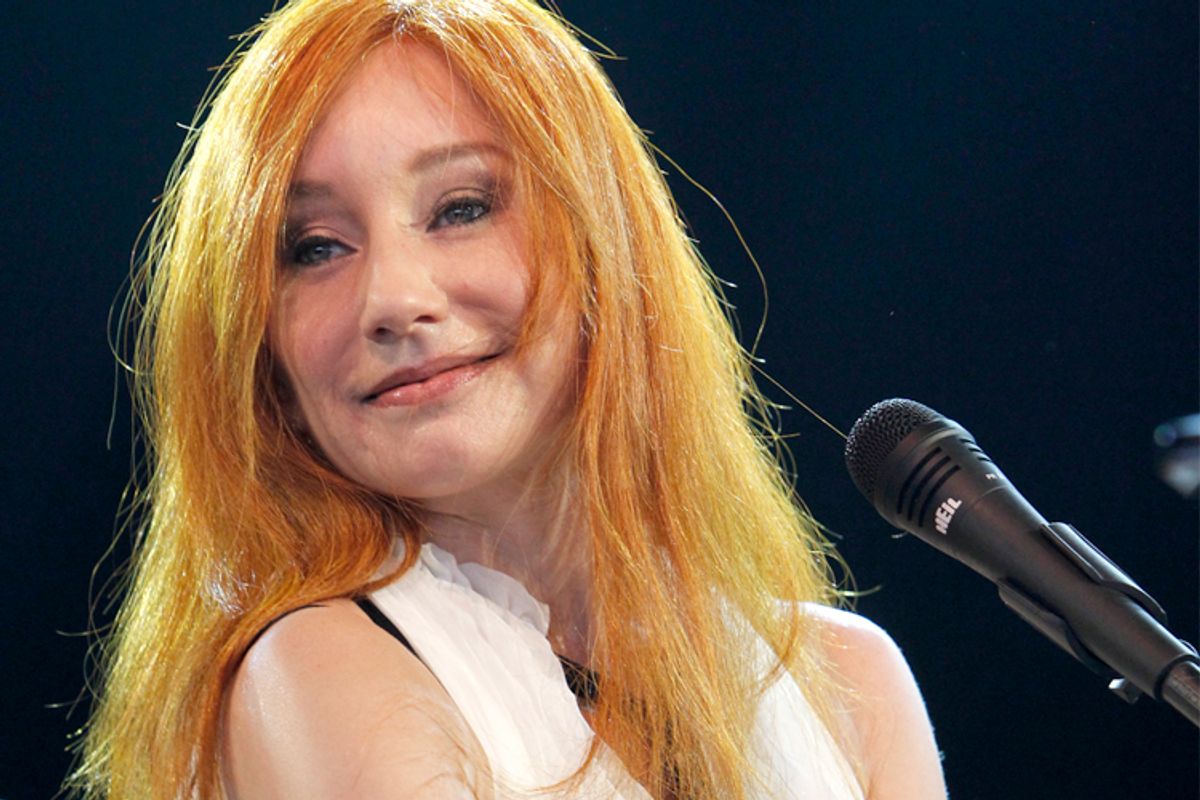 Nostalgia for the ’90s is nothing new, although it feels like a fondness for the decade has reached critical mass. Besides the ongoing fashion resurrection — plaid! overalls! Doc Martens! jorts! — dueling ’90s-bands tours traveled the country this summer, anchored by (respectively) proto-bro rockers Smash Mouth and post-grungepunks Everclear. In addition, a significant number of artists who rose to prominence in the ’90s have released new music, reunited or are touring this year. In fact, these acts could populate a pretty solid episode of "120 Minutes": to name a few, Veruca Salt, Luscious Jackson, My Bloody Valentine, Mazzy Star, Girls Against Boys, Belle & Sebastian, Placebo, Sebadoh, Soul Asylum and Nine Inch Nails.

Yet at the same time, the idea that many of these ’90s bands are again active is greeted with snark, viewed with suspicion or even dismissed out of hand. While the return of some acts is puzzling (is anyone really clamoring for a new Tantric record?), making sweeping generalizations about an entire era is unfair to the musicians who do have something new to offer. These 10 bands are extending their legacy with new records or tours.

Toad the Wet Sprocket — that’s just “Toad” to hardcore fans — hit the sweet spot between post-R.E.M. college rock and sensitive folk jangle with songs such as "Walk On The Ocean," "All I Want" and "Fall Down." After sporadic activity during the ’00s, the band spent much of the year on the road and is releasing its first new full-length in 16 years, "New Constellation," on October 16. The fantastic record picks up where the band’s career left off in the late ’90s; its acoustic-electric guitar blends, lyrical introspection and longing harmonies feel timeless, not nostalgic.

Although vocalist Layne Staley’s addictions and eventual death cast a pall over Alice In Chains, in better times, the Seattle band was the perfect bridge between ’80s metal and grunge (see: singles "Man In The Box," "Would?" and "Down In A Hole"). Several years after Staley’s 2002 death, AIC reformed with William DuVall on lead vocals, a move that kickstarted its career once again. The band’s two albums with DuVall (including this year’s "The Devil Put Dinosaurs Here") are full of challenging, uncompromising grooves and riffs indebted to stoner, hard rock and prog.

Glammy, gender-bending U.K. rockers Placebo brought confidence, swagger and plenty of illicit lyrical references to the table (hint: "Special K" isn’t about cereal) after forming in the mid-’90s. The trio’s dark, electronic-coursed music delivered diminishing returns post-2003’s "Sleeping With Ghosts," but the new "Loud Like Love" is a rousing comeback. Sensual, tortured and vulnerable all at once, the record underscores Placebo’s strengths and smarts.

Originally a swirling noise-pop side project of Pixies’ bassist Kim Deal, the Breeders very soon became a full-fledged band with another Deal in its ranks (Kim’s twin Kelley on guitar), a hit MTV song ("Cannonball") and a plum spot on Lollapalooza ’94. Kelley Deal’s subsequent drug bust helped put the band on ice until the early ’00s, when the sisters reformed the group and released two full-lengths. Earlier this year, the Breeders lineup from circa 1993’s "Last Splash" reunited for a well-received tour in which they played the record in its entirety.

Suede — known as London Suede in the U.S. — combined androgyny, Bowie-esque artistic posturing and neo-glam crunch on classic Britpop singles such as "Metal Mickey" and "We Are The Pigs." After breaking up in 2003, the band reunited several years ago and released the swooning, fresh-sounding full-length, "Bloodsports" earlier this year.

Like Goo Goo Dolls, Soul Asylum started out as a rough-and-tumble punk-pop band before smoothing out their edges for 1992’s multi-platinum "Grave Dancer’s Union." Subsequent albums had their moments (most notably "Just Like Anyone"), but the group faced some hard times — including the death of bassist Karl Mueller — in the ensuing years. Things have been looking up recently, however: Soul Asylum released a better-than-it-should-be covers EP a few months ago and counts fierce ex-Prince drummer Michael Bland in their touring band.

Mazzy Star formed out of the ashes of Opal, and quickly earned a reputation for bewitching music: hazy, psychedelic-tinged dreampop driven by Hope Sandoval’s reticent, sleepy-eyed vocals. Songs such as "Fade Into You" and "Flowers In December" helped bolster the band’s fortunes, but the group went their separate ways (and formed separate projects) in the late ’90s. With little fanfare, Mazzy Star re-emerged with a promising 2011 single — and, more recently, an ornate new LP, "Seasons Of Your Day," that has the mystery and elegance of their best work.

Despite a dense catalog, the Texas band Toadies is best known for 1994’s "Possum Kingdom," a swampy rock anthem that embodies the lumbering alternative vibe that endured in grunge’s aftermath. A brief breakup early in the ’00s gave way to a 2006 reunion that has produced new albums, plenty of touring and (seemingly) even greater popularity than before. Judging by Toadies’ stellar live shows, this reputation is well deserved.

The flame-haired piano songstress served as the soundtrack to (and mouthpiece for) an entire generation of young women, who found solace in the searing confessions on 1992’s "Little Earthquakes" or the empowerment of 1996’s "Boys For Pele." In recent years, Amos has followed her muse beyond pop music and successfully dabbled in classical, theater and orchestral collaboration.

Boston’s best-dressed band found a mainstream home in the late ’90s thanks to an appearance in "Clueless," third-wave ska’s brief day in the sun, and the unstoppable “The Impression That I Get.” The Bosstones scattered post-2002’s "A Jackknife to a Swan," but reunited for annual Hometown Throwdown holiday shows starting in 2007 and resumed making albums. (2011’s "The Magic Of Youth" in particular is brimming with catchy, accessible songs.) Naturally, the Bosstones’ live shows are still high-energy — and still feature dancer Ben Carr skanking his heart out.