The move hints at the world after Siri 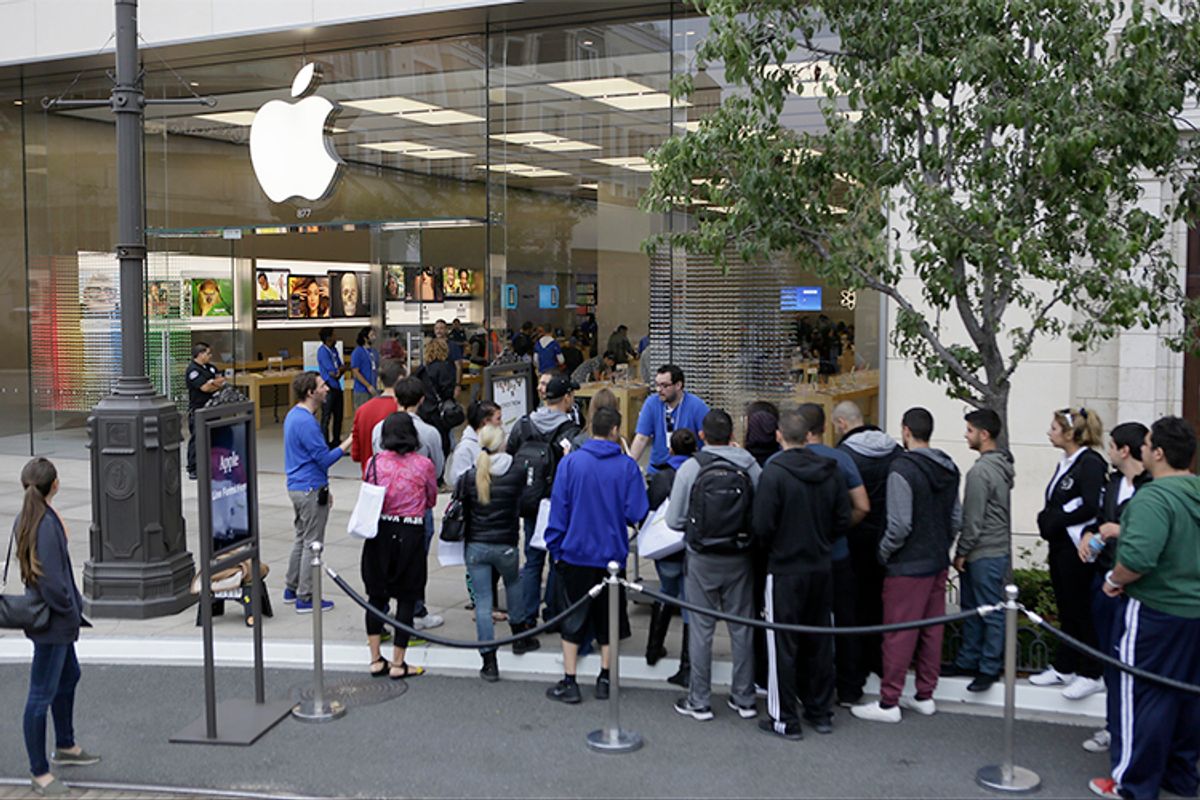 Customers wait in line to buy the latest versions of the iPhone during the opening day of sales of the iPhone 5s and iPhone 5C at the Apple store in Glendale, Calif., Sept. 20, 2013. (AP/Damian Dovarganes)
--

Though Apple hasn't yet gone beyond its classic "Apple buys smaller technology companies from time to time" non–commital reply to CNet, the big rumor at the moment is that Apple has indeed bought the company behind Cue, a super–smart personal assistant/intelligent calendar app. Cue has shut its existing service down, and TechCrunch has heard the transaction was about $40 million. So, the scuttlebutt does seem to be true.

Everyone suggests that what Apple has in mind is boosting the powers of Siri, its current voice–controlled personal assistant app. There's some logic here because Apple has been building Siri's team, and in iOS 7 it has gently expanded Siri's powers. Making Siri more clever, and making it reach further into the way the iPhone works would seem to be a great idea and would help set the phone apart from its rivals.

But you know what? That's probably not what's happening here, and Apple's future plans for the iPhone don't necessarily revolve around Siri or whatever it has immediately planned for Cue. Siri, as she stands, is becoming ever more useful from a consumer point of view, but as an app "add on" to the iPhone or iPad, she's not necessarily going to be the first point of contact you have with your device for all purposes. Cue is darn smart, partly combining all your various calendar and scheduling apps into one, and partly being an attempt to automatically schedule your day and alert you to upcoming events. But by itself, there's a limit to where this tech is useful in your iPhone experience.

Which makes us think Apple has longer–term plans for Siri's tech, Cue's algorithms and whatever other apps and hardware startups it buys in the near future––particularly if the rumors are true, and it's also aligning its future Mac OS with the developments of iOS 8. What Apple may do is wind intelligent question–and–answer natural language systems through iOS on a deeper level, and build in more automatic "before you knew you needed it" technology, dissolving the idea of Siri as an extra to the OS. Why do we know this? Because Apple has already dreamed this solution up a long time ago. Never forget the "Knowledge Navigator":