Six pets have died from the mysterious disease 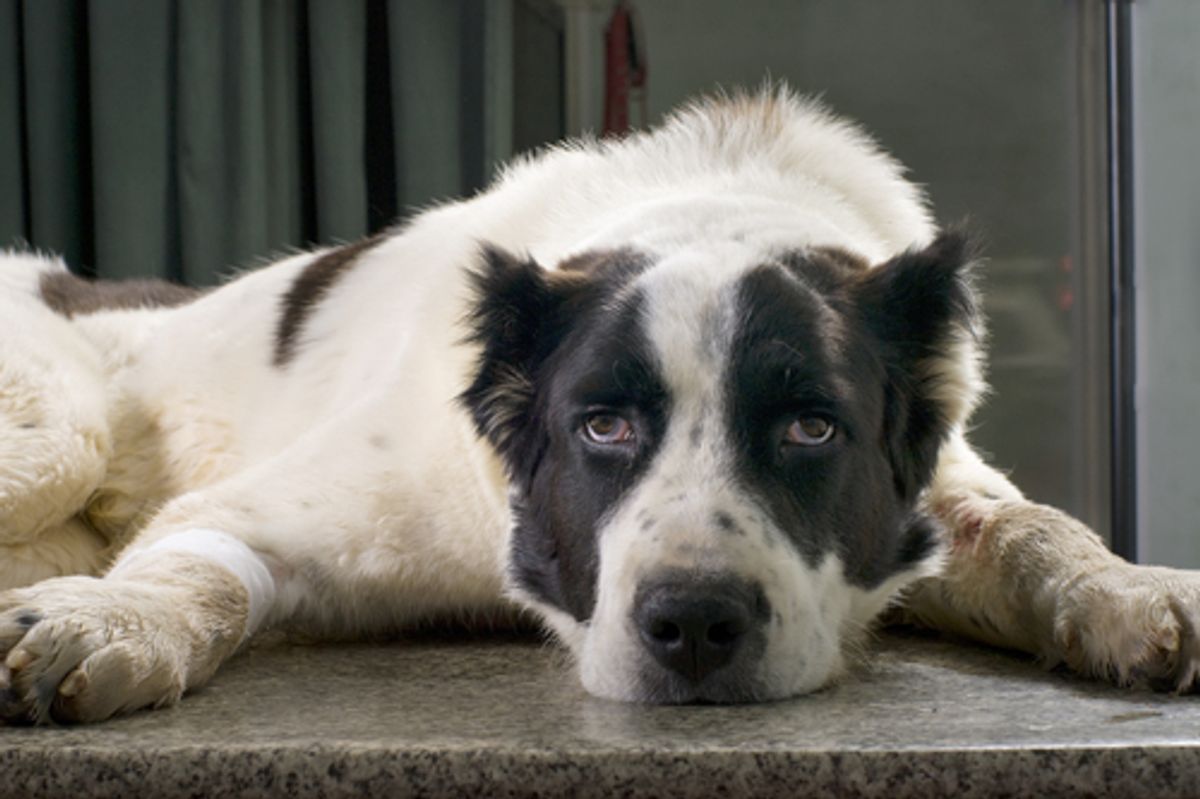 Dogs in Ann Arbor, Mich. are falling ill from a mysterious virus that's claimed the lives of six pets, authorities say. Veterinarians suspect that it might be an outbreak of circovirus, a disease first discovered in dogs in 2012 and for which there is no vaccine. Others, however, believe it could be a mutated form of the flu.

From the Detroit Free Press:

All of the sick dogs were found to have severely inflamed intestinal tracts, an infected or abscessed pancreas and enlarged abdominal lymph nodes, Dr. Lindsay Ruland, owner and chief of medicine at the hospital, said in a news release. They also had varying degrees of lethargy, vomiting and diarrhea.

“Although we still have a lot to learn about this circovirus, there’s no cause for panic,” reads information on AVMA’s [American Veterinary Medical Association] website. “We know that dogs infected with circovirus don’t always become ill, but we don’t know how much of the virus they may shed in their stool or how much risk these dogs present as sources of infection for other dogs.”

There's no evidence that circovirus can be transmitted between humans and animals. But vets say that dogs may be getting the disease, from their owners. In some instances, people with sick pets were ill themselves. According to the AVMA, direct contact with a sick dog or its vomit and diarrhea can increase the risk of human infection. Those who suspect their dog might be ill should seek diagnosis and treatment, and in the meantime maybe not pet them so much.