GOP's fooling no one: They'll always (rightly) be blamed for shutdowns

No, Republicans aren't suddenly the party of functional government or federal employees. And everyone knows it 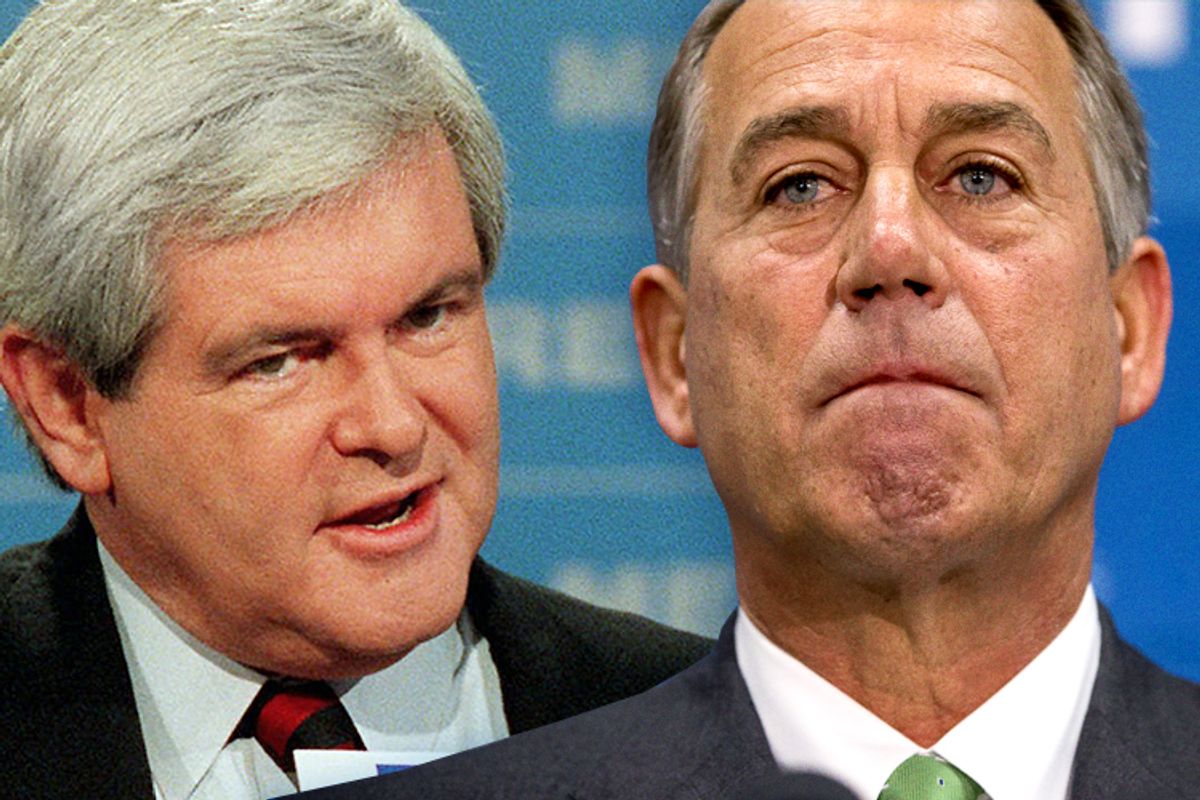 Today's good news is that it looks like the House will pass legislation this weekend to make federal workers whole again after the government reopens and their furloughs come to an end.

The bad news -- or at least the annoying news -- is Republicans are offering the legislation in the service of making misleading claims about Democratic priorities. Democrats are willing to support backpay for bureaucrats but not to protect veterans and children.

There are a number of reasons I doubt this will dislodge Democrats from their unflinching insistence that Republicans simply fund the government. But they all kind of boil down to the same thing. For instance, here's John Boehner on the plight of government workers under his austerity regime more than two years ago.

"If some of those jobs are lost so be it. We're broke."

More broadly, Republicans are trying to saddle Democrats with blame for the shutdown after GOP celebrities criss crossed the country for months saying they wouldn't fund the government unless Obamacare bit the dust.

Voters might not be attuned to the minutiae of policy, but I think they know pretty well which party cares more about government employees and keeping the government in working order. You can't just camouflage a decades long raison d'être with a handful of messaging votes.

Which is why, as uncouth as it might be to say so out loud, the White House really does think it's winning the partisan fight right now. They'd obviously prefer to end all of these crises tonight, make life easier on those affected as quickly as possible. But if Republicans want to keep punching themselves in the face for a few weeks, that's a pretty decent silver lining for the administration.