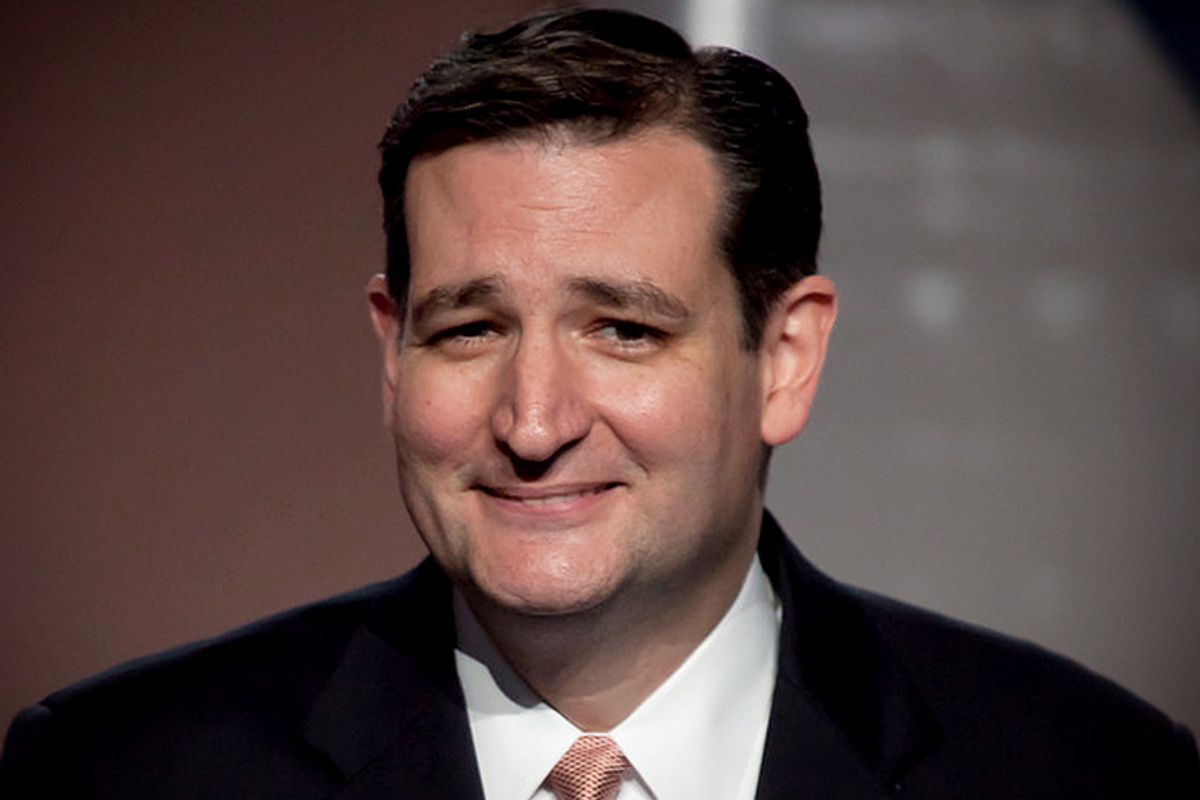 This is the fourth day of the GOP's government shutdown and the sequence of events that will ultimately end it -- the government can't stay shut forever! -- remains unclear.

So while we're waiting through this quiet spell, let's step back and examine the logic of the GOP's ongoing refusal to reopen it and their related insistence that Obama "negotiate" over increasing the debt limit.

We know for a fact that the votes exist in the House to reopen the government with a clean appropriation, funded at Republican spending levels, absent any Obamacare concessions. It's not reopening because some Republicans don't want to reopen it until they get some Obamacare concessions, and John Boehner thinks he might lose his speakership if he doesn't satisfy their demands.

But we also know that Boehner and other Republican leaders never wanted a government shutdown at all. They know a shutdown hurts people and that the political cost to them will likely be severe. But now they're in it, they don't think they can embarrass themselves by folding, and so they say a "clean" funding bill isn't going to happen. It's a monstrous application of the sunk cost fallacy.

But the real logic here is perverse. And it's worse when applied to the debt limit.

Republicans say shutting down the government is really bad. But they won't reopen it unless they get some kind of Obamacare scalp from President Obama. So as bad as a shutdown is, it's worse than the alternative of not shutting down services, furloughing hundreds of thousands of people, but not getting a unilateral concession, even a trivial one, from Obama.

The only way to rationalize the GOP's parallel debt limit threats is with the same logic. Defaulting on the debt and tanking the economy would be terrible, Republican leaders agree, but worse would be to avoid another global recession and get nothing from Obama.

Faced with this logic, conservatives counter that Obama's unwillingness to "negotiate" -- i.e., discuss the amount of cash he's wiling to hand over -- makes him just as craven and reckless. If default is so terrible, wouldn't it be preferable to let Republicans take a whack at his healthcare law in order to avoid it.

This too is false logic.

The whole point of Obama's refusal to negotiate is that what Republicans are actually demanding is to fundamentally alter the power balance between the legislative and executive branches of government. If Obama caves and offers concessions to Republicans in exchange for a debt limit increase, it will clearly weaken the presidency. By contrast, if Republicans "cave" and increase the debt limit cleanly, Congress will lose none of its fundamental power.

Moreover, senior administration officials are confident that if Obama establishes the precedent that the president should yield concessions to the opposition on a threat of default, eventually the opposition will demand something so impossible that a default will happen anyhow. Taking a hard line now is the only way to prevent that.

This is why the term "extortion" is appropriate. If Obama were to veto debt limit increases until Congress appended a tax increase and a universal gun background check rider, he'd be guilty of the same. But to the frustration of some liberals he's not. And in this case it's not because he's weak or a bad negotiator.

As this shutdown proves, once parties start making demands they can be very, very difficult to back away from.

To paraphrase one Republican, it's easier to get into a shutdown than to get out of one. The same dynamic applies to a default. But the consequences of a default are much more dire.