Rep. Ted Yoho says he won't vote to raise the debt-ceiling -- under any circumstances 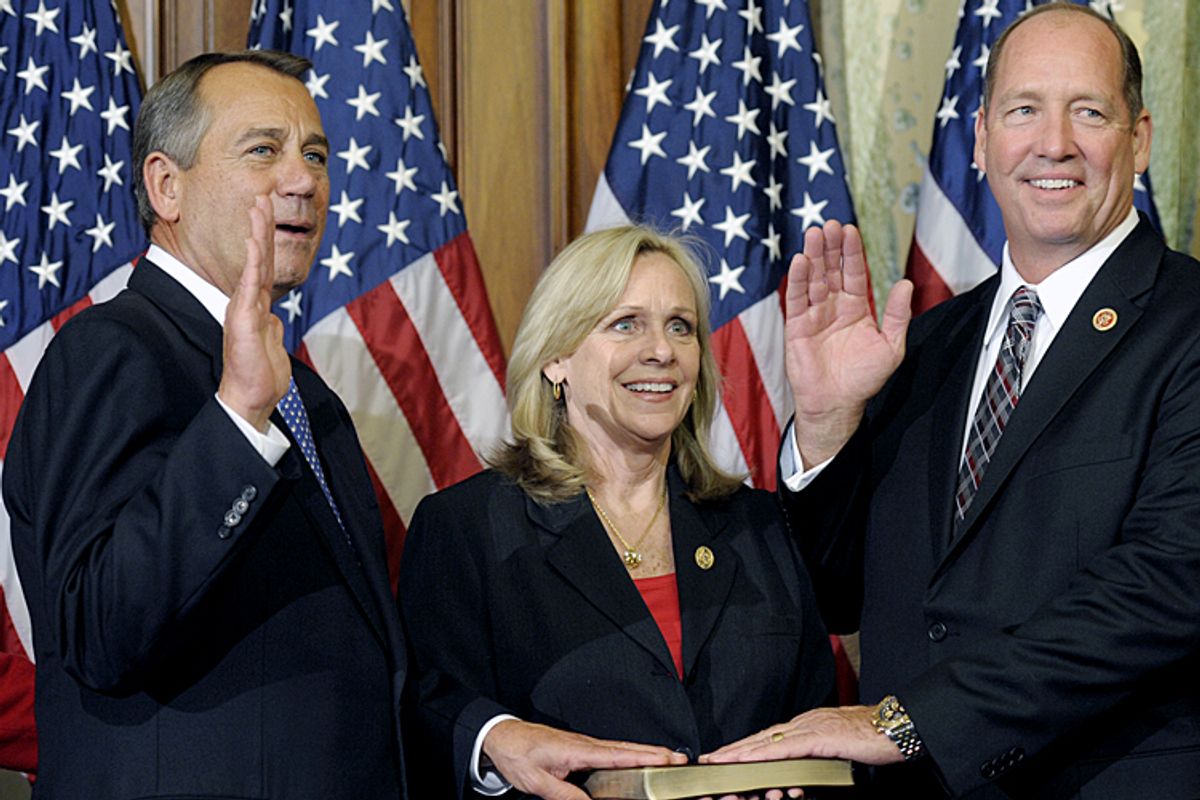 While experts continue to describe a possible U.S. default in calamitous terms, one Republican congressman isn't nearly so worried.

"I think, personally, it would bring stability to world markets," Florida Congressman Ted Yoho told the Washington Post. "I think we need to have that moment where we realize [we’re] going broke."

Yoho, a former large-animal veterinarian, one of the 32 Republicans the Atlantic singled out as causing the government shutdown, and the man who once compared the fight to defund Obamacare to the Civil Rights Movement, has pledged not to vote to raise the debt-ceiling under any circumstances.

“You’re seeing the tremor before the tsunami here,” Yoho promised the Post. “I’m not going to raise the debt ceiling.”