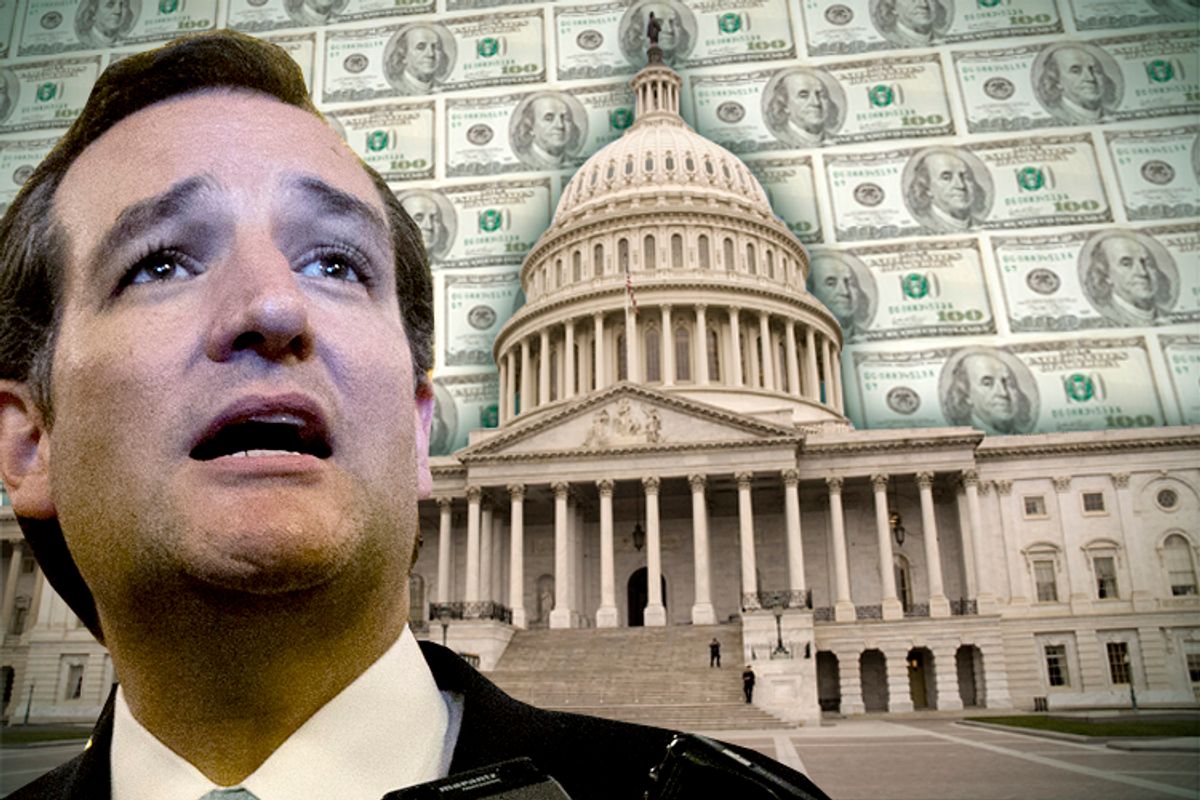 The ongoing government shutdown may be the the product of months of planning by the conservative grass-roots, but not everyone in the GOP is happy with the result.

According to a new report from the Washington Post, the Republican Party's donor class is becoming increasingly uneasy with the government shutdown strategy and the ascendant Tea Party faction behind it, to the point that some donors may curtail their usual level of fundraising for the 2014 election.

"The fact is, donors have had it," Bobbie Kilberg, a longtime GOP donor and fundraiser, told the Washington Post. "I oppose Obamacare as much as anyone else does, but [a government shutdown] is not the way to repeal it."

“There are a lot of liabilities with this approach,” former Congressman Vin Weber said to the Post. “To portray Republicans as universally cheering the shutdown is a mistake," Weber added.  "Not all of our donors are activist tea party people. Some are, but they are a vocal minority.”

On top of discontent over the shutdown, some fundraisers are unhappy with the GOP's threats to breach the debt-ceiling. “The donors I raise money from understand the vital importance of credit markets and are upset that the U.S. credit system is being put at risk,” said one anonymous fundraiser to the Post.

Another fundraiser in Florida, former Republican National Committee finance chairman Al Hoffman Jr., took a shot at Senator Ted Cruz, the Tea Party hero, saying, "It appears that we’ve got a bunch of crazies running around — one from Texas and some from other places."

“There are a lot of major donors who feel that until the Republican party can field people who have a vested opinion of what to do and to do it in a prompt and efficient way, we’re going to withhold giving money,” Hoffman said.