"We’re being denied admission on the basis of our sex and because we’re sisters and not brothers,” said one woman 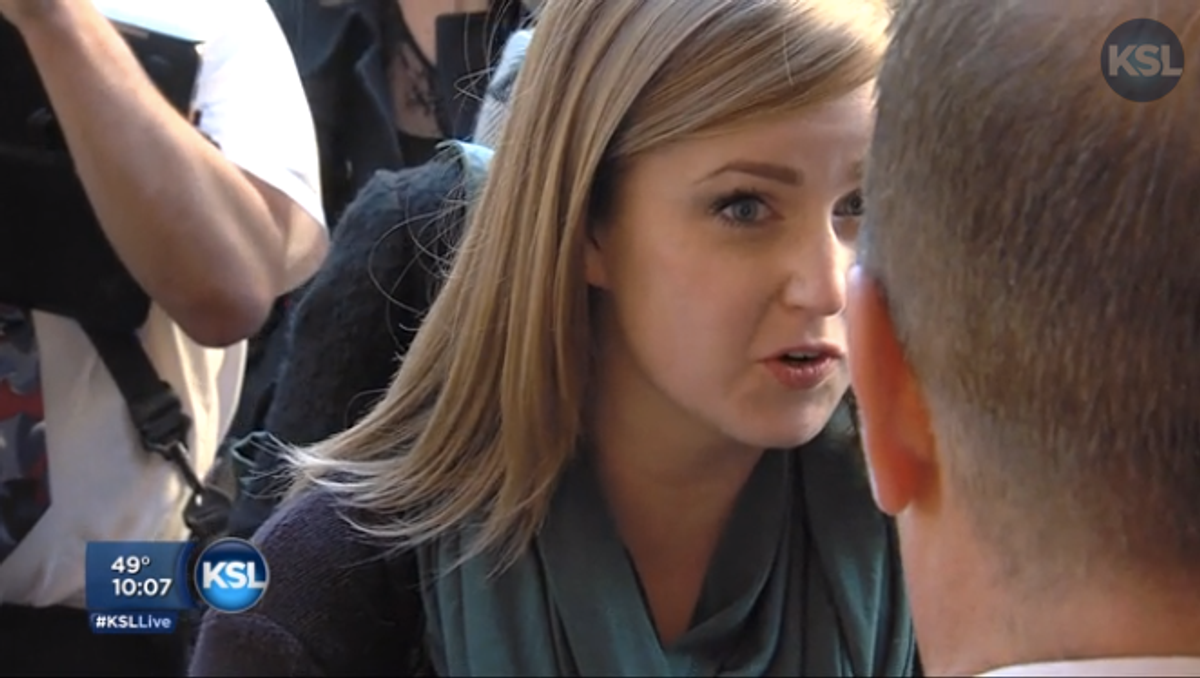 Members of Ordain Women, a group of Mormons pushing to open their faith’s all-male priesthood to women, turned out in Salt Lake City this weekend in an effort to attend the Priesthood Sessions of the Church of Jesus Christ of Latter-day Saints General Conference.

The event is closed to women, and so, of course, the group was unceremoniously turned away. But they registered their dissent, and made a striking visual point, by staying on, lining up one-by-one to ask to be granted entrance and forcing church officials to turn each of the 150 women away individually.

“I feel a little disappointed,” Ordain Women founder and human rights attorney Kate Kelly told local news station KSL. “We know that there’s room in the Conference Center and we’re being denied admission on the basis of our sex and because we’re sisters and not brothers.”

Church spokeswoman Ruth Todd does not support the group's mission, saying, "Millions of women in this church do not share the views of this small group who organized today's protest, and most church members would see such efforts as divisive."

You can watch it happen here: