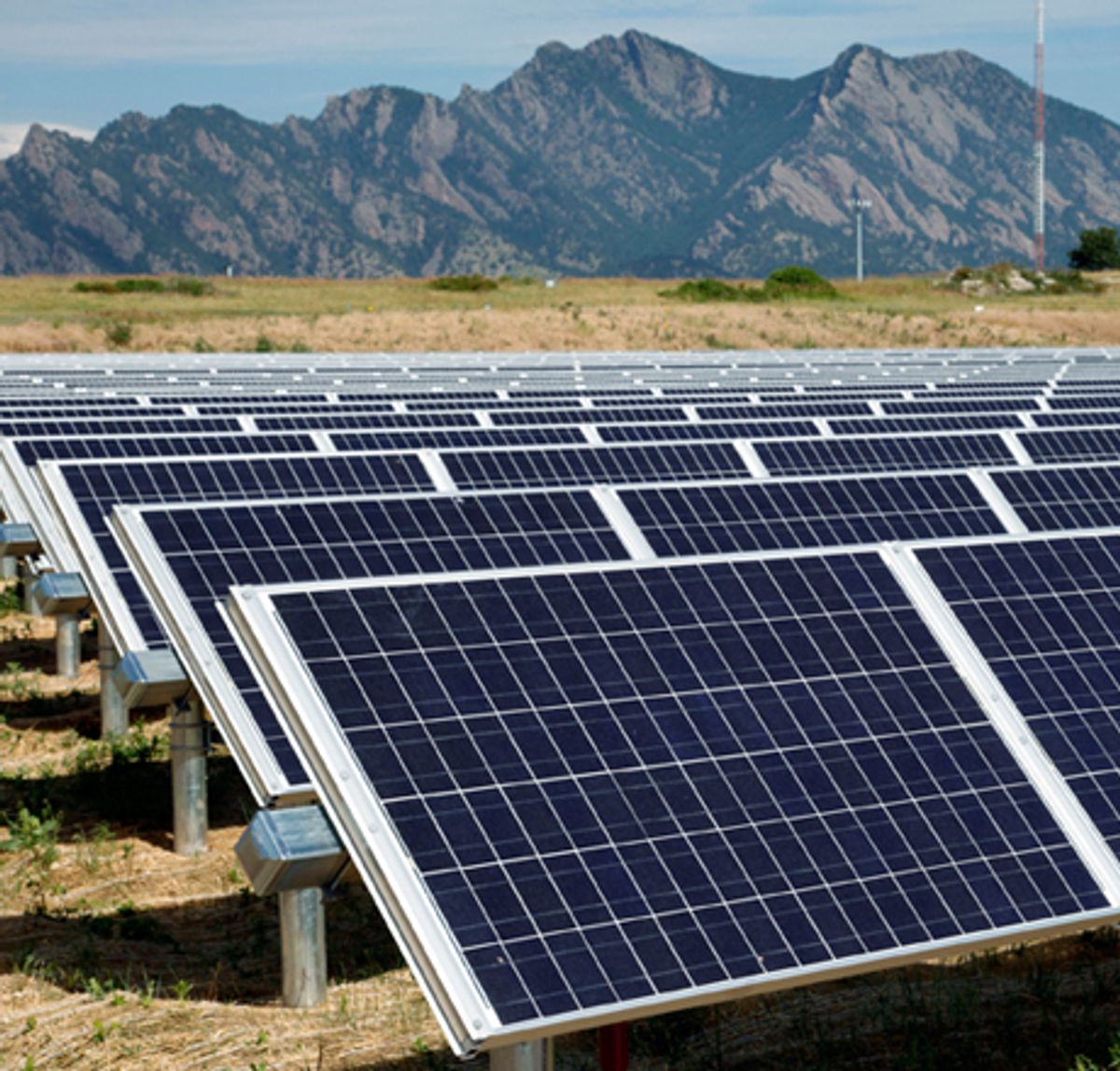 An era of nighttime solar power is dawning in the U.S.

Arizona Public Service is now testing the Solana Generating Station, a massive solar thermal power plant that will be in the first in the country to use cutting-edge heat storage technology to extend energy production into the evening hours.

image via Edgar A. Gunther/Gunther Portfolio

An APS spokesman said the plant is expected to go into commercial operation this month – but already it is sending energy to the grid in the testing phase, include during periods when the sun isn’t shining on the nearly three square miles of row upon row of parabolic mirrors that have an aperture area of 2.2 million square meters.

Solana, backed by nearly a billion-and-a-half-dollar federal loan guarantee, will be able to generate 280 megawatts of power, which will make it a very big solar power plant, though not as big as the three-unit Ivanpah power tower plant that’s in a similar testing phase in the California desert. But Solana comes with up to six-hours of energy storage.

“Solana is a monumental step forward in solar energy production,” Don Brandt, APS president and chief executive officer, said in a statement. “Solana delivers important value to APS customers by generating power when the sun isn’t shining. It also increases our solar energy portfolio by nearly 50 percent. This provides a huge boost toward our goal to make Arizona the solar capital of America.”

With most parabolic trough solar thermal systems, the troughs focus the sun’s heat on a tube that has a transfer fluid running through it. That fluid is used to boil water to make steam.

That happens at Solana, but the plant also can use some of the sun-heated fluid to heat molten salts, where the heat can be efficiently stored.

The molten salt storage technology is something that the plant’s builder, Abengoa, already has working, although in a somewhat different fashion, at the much smaller, 19.9-megwatt (MW) capacity Gemasolar plant in Spain. Like Ivanpah, Gemasolar uses a power tower system, with 2,650 mirrors (heliostats, in the vernacular) bouncing sunlight to the top of a 460-foot tower at the center of the circle of mirrors. But unlike with the trough system, there’s no transfer fluid used in the tower – the heat goes directly into the receiver and to the molten salts.

This is a system that’s akin to what SolarReserve is working on in Nevada with the Crescent Dunes plant.  It’s expected to be operating before the end of this year, giving the U.S. the two largest solar power systems in the world that have energy storage capability.