Who do you call to confront the president when he calls your sports team's name racist? Why, Lanny Davis, of course 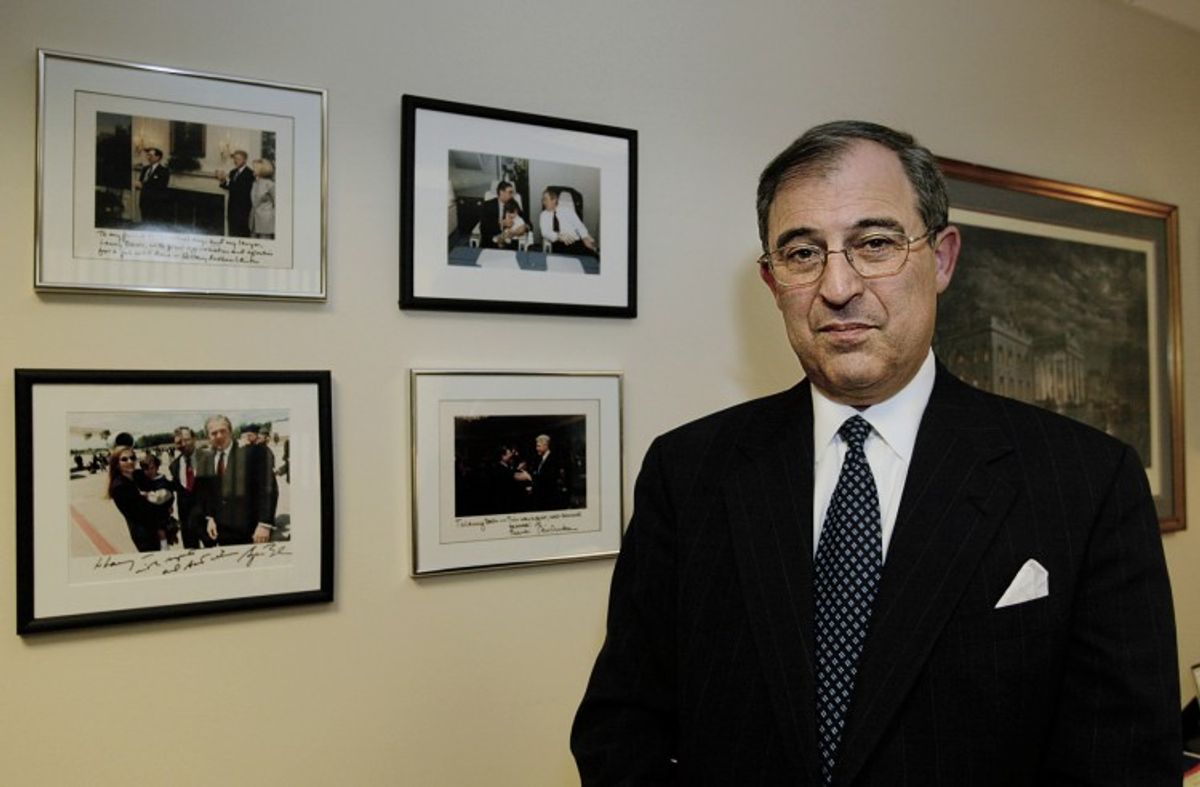 Until this weekend the Washington Redskins' name seemed to me a pretty low priority for politicians to weigh in on. Why, for instance, did Chuck Todd pose a question about the name at the most recent Virginia gubernatorial debate between Terry McAuliffe and Ken Cuccinelli? What does it matter to those two losers? (Very little, according to their answers.) This had somehow become one of the most important political questions of modern times, about a comically bad sports team's name, when other problems -- such as the pending permanent collapse of the global economy -- seemed more pertinent. Besides, if the Redskins changed their name, we wouldn't be allowed to say, "Can you believe that there's still a team racistly called the REDSKINS in 2013??" anymore. One of life's greatest mysteries would no longer be there to ponder.

A funny thing happened this weekend, though, after President Obama finally weighed in on the topic, telling the AP ever-so-delicately that, "If I were the owner of the team and I knew that the name of my team, even if they've had a storied history, that was offending a sizable group of people, I'd think about changing it." So who were the Redskins going to trot out to tell the president to keep his mouth shut?

"Lanny J. Davis, attorney for Washington Redskins, issued a statement in response to Obama's comments," Politico writes, and yeah, at this point, I'm already LOLing. It gets funnier:

"As a supporter of President Obama,  I am sure the president is not aware that in the highly respected Annenberg Institute poll (taken 2004) with a national sample of Native Americans, 9 out of 10 Native Americans said they were not bothered by the name the "Washington Redskins." The president made these comments to the Associated Press, but he was apparently unaware that an April 2013 AP poll showed that eight out of ten of all Americans in a national sample don't think the Washington Redskins name should be changed.

"We at the Redskins respect everyone. But like devoted fans of the Atlanta Braves, the Cleveland Indians and the Chicago Blackhawks (from President Obama's home town ),  we love our team and its name and, like those fans, we do not intend to disparage or disrespect a racial or ethnic group. The name "Washington Redskins" is  80 years old - it's our history and legacy and tradition.  We Redskins fans sing 'hail to the Redskins' every Sunday as a word of honor not disparagement."

He's already spinning madly when he says "as a supporter of President Obama," before he even gets to the "ACTUALLY Native Americans LOVE the Redskins name" claptrap. Ha ha and what is this, "the Chicago Blackhawks (from President Obama's home town)"? ... Burn?

This may be Lanny Davis' most amusing gig yet. The lobbyist/lawyer and former Clinton White House counsel whom many recall for his pathetic television appearances and near-brawls during Hillary Clinton's 2008 presidential campaign has been under plenty of scrutiny and plain old make-funnery already for his client list. Past hits have included strongmen for the Ivory Coast and Equatorial Guinea, the business interests that back the 2009 coup in Honduras, the business interests that derailed the Employee Free Choice Act, a major for-profit college trade group, Penn State following the Jerry Sandusky scandal, and others.

Now he's the asshole Dan Snyder trots out to defend the name "Redskins."  Man, what a pairing that is, Dan Snyder and Lanny Davis. Two of the more reviled personalities inside the Beltway, now linked arm-in-arm defending their beloved racist football team name. Snyder and Davis had worked together on another relatively high-profile Redskins case recently, when Snyder sued the Washington City Paper for making fun of him. And now here they are, telling the president to shove it for saying "umm yeah you may want to reconsider that insane name you have."

One can only hope now that the Redskins name gets changed as soon as possible with the utmost political pressure applied, mostly to stick it to Lanny Davis.