"They removed red, white and blue, replaced [it] with the rainbow," one observant, and angry, person complained 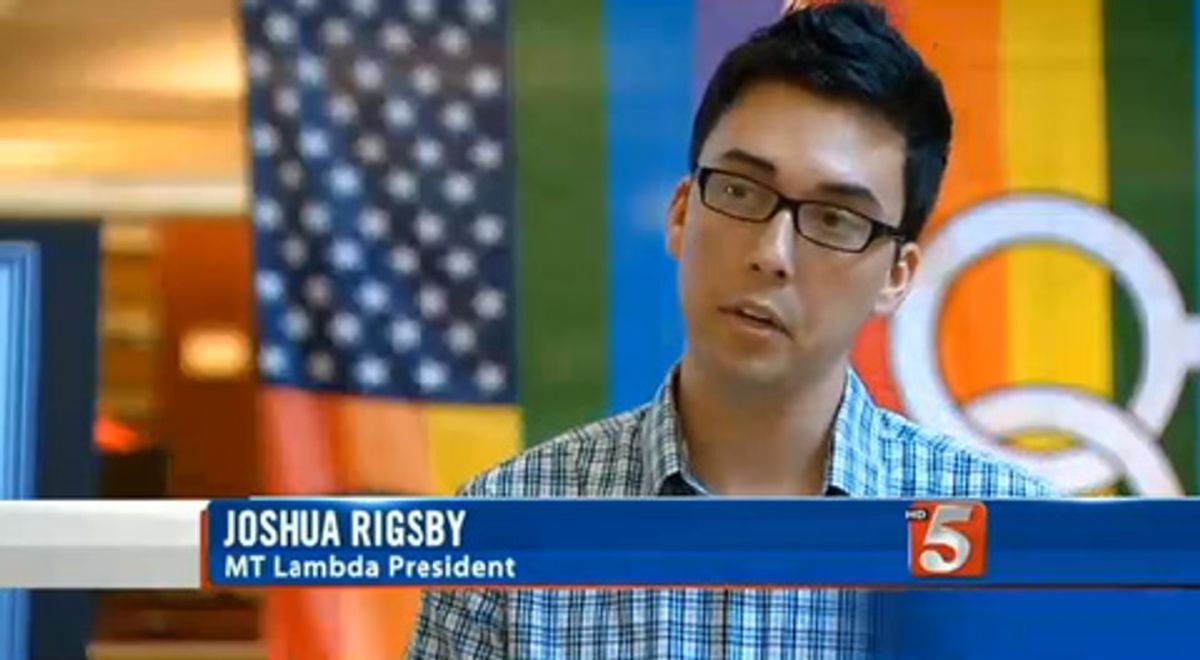 Some cranky college students and (also cranky) viewers of local news in Murfreesboro, Tenn., are upset about a campus pride group's rainbow flag. Because, per said cranky individuals, a flag that features stars and rainbow stripes is downright un-American.

"This is just un-American and against the law. They removed red white and blue [and] replaced [it] with the rainbow," a viewer complained to Nashville's NewsChannel 5.

The student group behind the banner, MT Lambda, Middle Tennessee State University in Murfreesboro's lesbian, gay, bisexual and transgender student organization, said they received notice that others were complaining about the pride flag to school administrators only days after the group put it on display.

"Desecrating an American flag would entail ripping, or shredding, or burning an actual 13 red and white strip American flag, and that's not what this is," Rigsby said.

The outrage is new, but the flag itself is not, Rigsby added. "We've used this flag at many other events. We walk in homecoming with this flag every year and it is not something new."