Study: Less than 50 percent of a chicken nugget is actually "chicken" 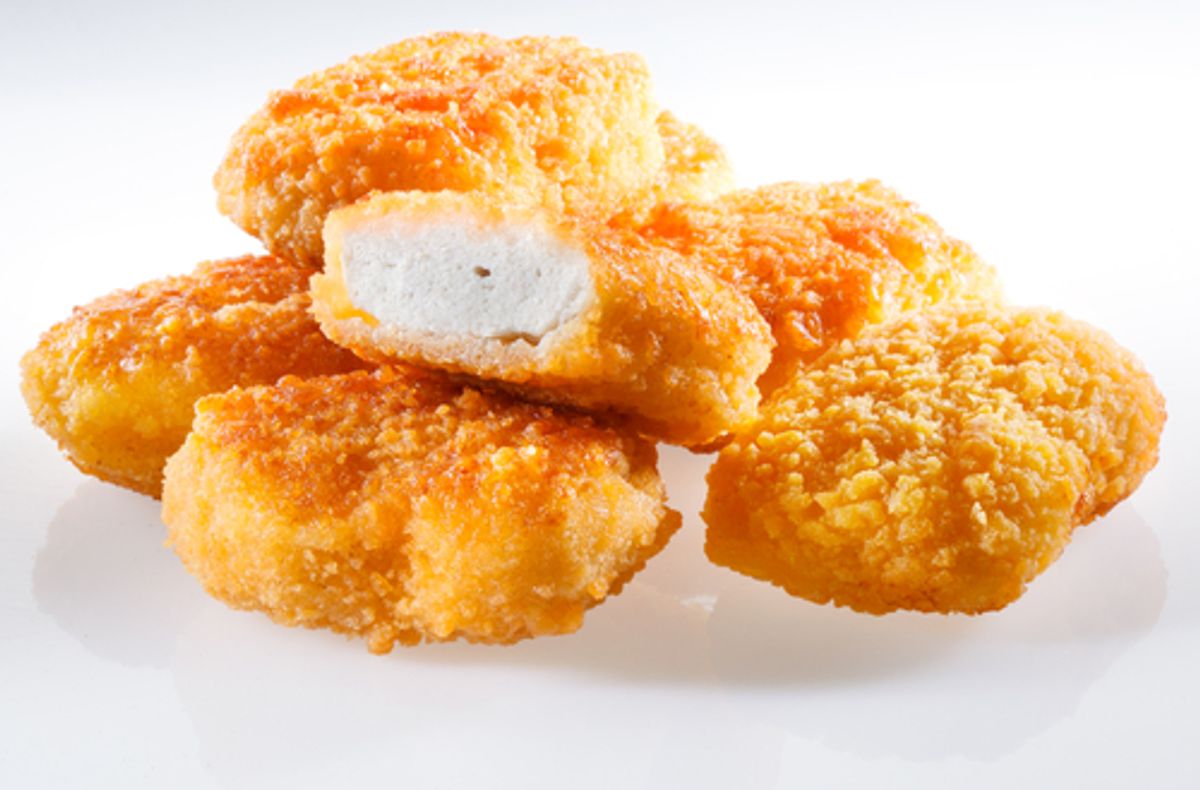 "Chicken nuggets are mostly fat, and their name is a misnomer," concludes a small study published in the American Journal of Medicine.

Researchers in Jackson, Miss., performed an autopsy on chicken nuggets purchased from two unnamed national fast food chains. They randomly chose one from each box to preserve, dissect and stain, and then examine under a microscope. What they were looking for was muscle tissue -- the stuff we're generally referring to when we talk about eating chicken. What they found instead, according to Reuters, challenges our definition of edible:

The first nugget was about half muscle, with the rest a mix of fat, blood vessels and nerves. Close inspection revealed cells that line the skin and internal organs of the bird, the authors write in the American Journal of Medicine.

The second nugget was only 40 percent muscle, and the remainder was fat, cartilage and pieces of bone.

What the chains call chicken, Richard D. deShazo, the study's lead author, explained to Reuters, is actually an artificial byproduct of chicken parts high in calories, salt, sugar and fat. "Even worse," he said, "it tastes great."

The researchers admit that this doesn't quite count as an exposé. Most of us have figured out by now that fast food meat is kind of gross. As a representative of the National Chicken Council said, "It's no secret what is in a chicken nugget -- most quick service restaurants have nutritional information posted in the store or on their website." But that information isn't as much of a deterrent as it perhaps logically should be. The real question the researchers seem to be raising is: If we know all this, why do we keep eating it?