From park closures to delayed back-pay for workers, the right sees the effects of the shutdown as a left-wing plot 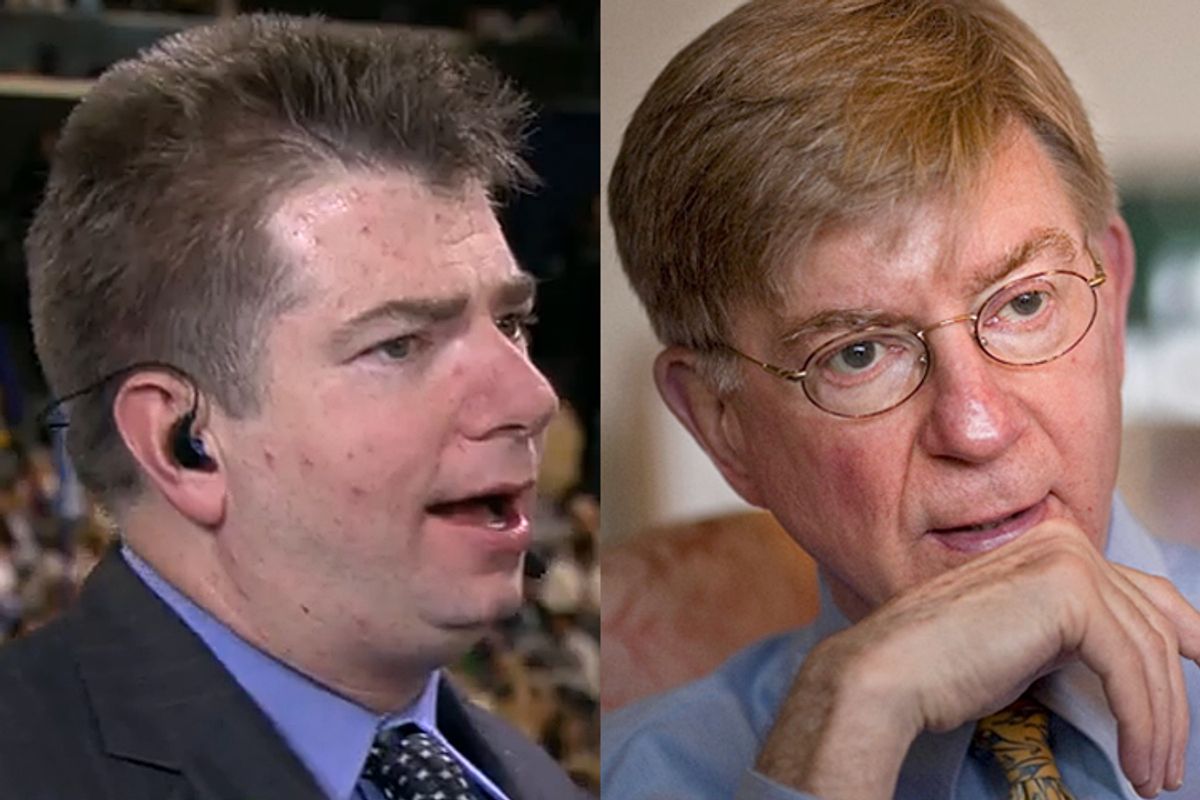 It's the second week of the government shutdown, and while the right is still confused about whether the shutdown is a good thing, one thing is certain: any and all negative repercussions from it are not only Democrats' fault, but the result of a "sadistic" master plan to turn the American people against the Republican Party.

"Obama views the shutdown as just a game," writes Rachel Alexander for Townhall. She continues:

One senior level Obama administration official gloated, “We are winning.” Obama is cruelly playing with Americans’ emotions in order to beat the Republicans. He shut down veterans’ memorials, requiring World War II veterans to break down barriers in order to see a memorial set up for them. Obama is counting on the cruel, unnecessary shutdown of certain areas of government to anger Americans against Republicans, and not see it as a carefully plotted maneuver by the left.

National Review's Jim Geraghty doesn't allege any "carefully plotted" schemes from the left, but he does go so far as accuse Senate Majority Leader Harry Reid of "sadism." In response to the House's passing a bill to guarantee back-pay for furloughed federal workers, Geraghty writes:

This is quite the revealing moment, as the leadership of the Democratic party and federal government workers are supposed to be the best of friends — symbiotic, really. But when the moment comes to help out federal workers, Harry Reid drags his feet. The only plausible motivation is that the Democrats’ strategy for “winning” the shutdown fight requires maximizing the pain to as many Americans as possible, so that the pressure is maximized on the GOP opposition to accept a deal that amounts to unconditional surrender.

"Harry Reid doesn’t want to minimize the pain of the shutdown," Geraghty writes. "He wants to maximize it."

From his new perch at Fox News, meanwhile, George Will argued that the National Park Service is acting like a "willing servant" of the Democrats. "All around the country," Will said, the government "went out of [its] way to make life as unpleasant and inconvenient as possible." Will went on to call the closure of parks "government acting as an interest group on its own behalf."