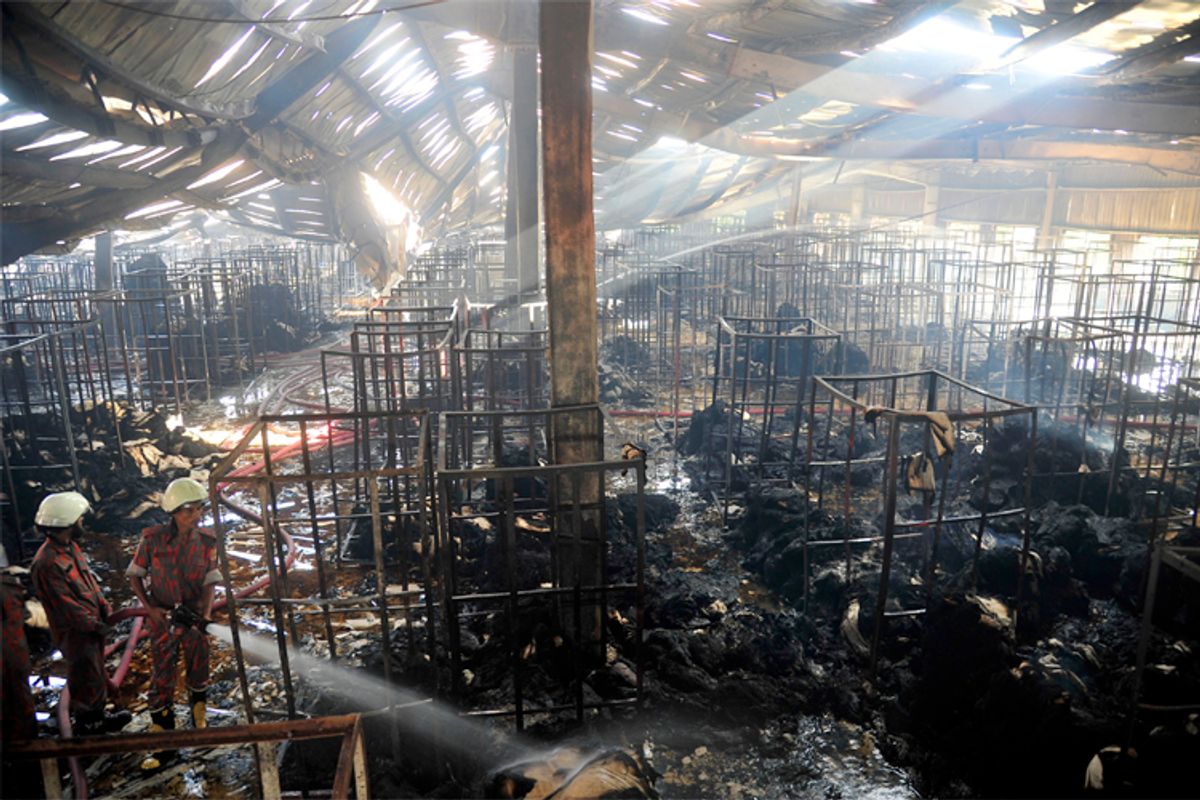 Firefighters try to control a fire in a garment factory in the Bangladeshi town of Gazipur, 40 km (25 miles) north of Dhaka October 9, 2013. (Reuters)
--

A fire that broke out in a garment factory outside Bangladesh's capital has killed at least 10 people, officials say. From the Associated Press:

Fire official Zafar Ahmed said 10 bodies were found inside the Aswad garment factory in Gazipur outside Dhaka. He said several other people were injured while trying to escape from the building.

Local journalist Iqbal Ahmed said from the scene that the fire occurred when the factory was closed for the day, but some employees were still inside working overtime.

Farhaduzzaman, another fire official, said the fire spread to two nearby buildings that also housed garment factories in the same group, but that firefighters had doused the flames in two of the buildings and were seeking to bring the blaze under control in the third building. He could not immediately say whether any people were still trapped inside.

While the cause of the fire is still unknown, Bangladesh's garment industry -- which supplies major global retailers -- became notorious for its unsafe working conditions after a building collapse in May killed 1,127 workers. The disaster inspired international labor organizations, NGOs and retailers to sign the Accord on Factory and Building Safety; by the most recent count, it covers about a third of Bangladesh's garment factories.

As this most recent disaster demonstrates, though, local and international efforts to improve safety are still a work in progress. Consumers, in the meantime, can take steps to avoid buying clothes from the many places where dangerous conditions, for the industry's 4 million, mostly female workers remain the status quo.