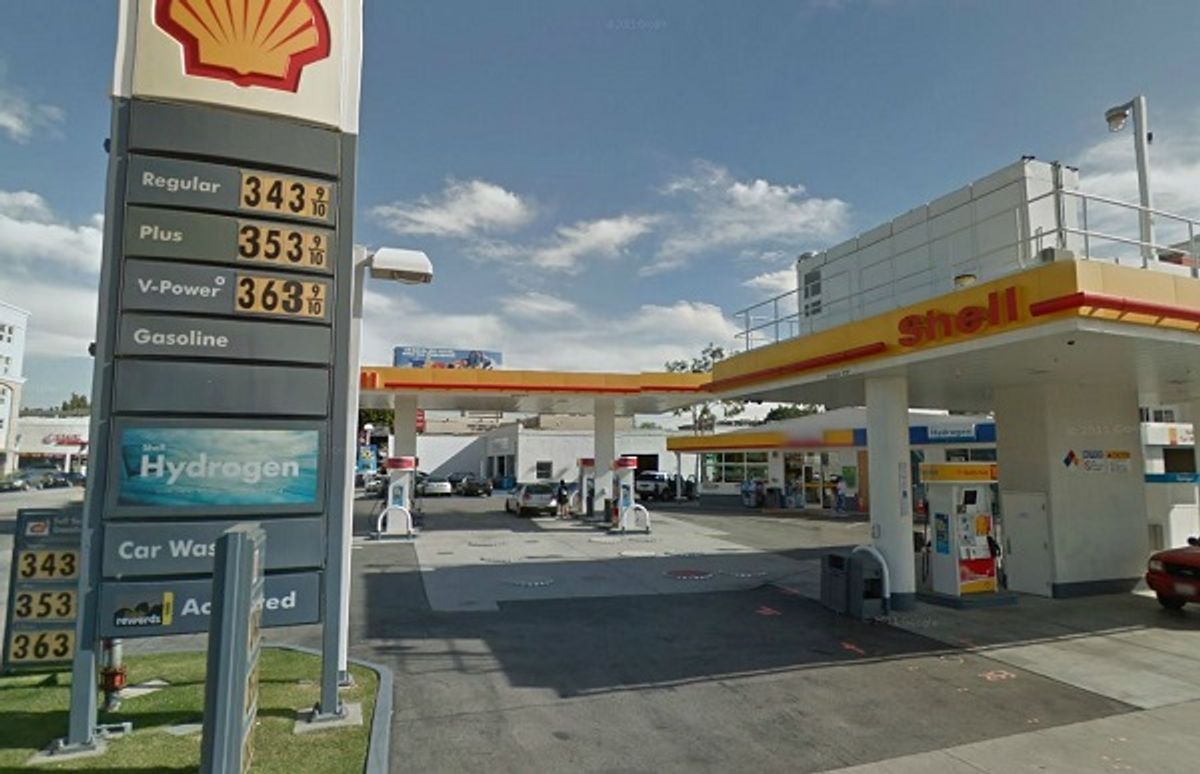 California wants fuel cell vehicles to be part of its ambitious plan to reduce greenhouse gas emissions in the state by 80 percent from 1990 levels by 2050. But right now, across the whole state, there are just nine publicly available hydrogen fueling stations. Clearly this is a problem.

The good news for fuel cell fans: The state recognizes this and is acting. A bill signed by Gov. Jerry Brown commits $20 million a year for the next ten years from the Alternative and Renewable Fuel and Vehicle Technology Program to add 100 hydrogen stations.

This Shell station in West LA has hydrogen among its offerings, making it a real rarity (image via Google Maps Street View)

“One of the biggest obstacles to introducing fuel cell electric vehicles was the lack of fueling certainty,” Professor Dan Sperling, chair of the California Fuel Cell Partnership and a member of the state’s Air Resources Board, said in a statement. “No more. The passage of AB 8 sends a clear signal to automakers, consumers and others that California will launch a market for FCEVs.”

The California Fuel Cell Partnership is a coalition of automakers (including all the heavyweights), energy companies, fuel cell companies and government agencies. According to the group, in addition to the nine publicly available stations now open, 12 new stations are expected to be open by early 2014, and a further seven stations have been funded.

A trade group of non-U.S.-based manufacturers, called Global Automakers – backed by Nissan, Honda, Isuzu, Peugeot and Toyota, among other – echoed Sperling’s point about the commitment to building fueling stations being a spur for fuel cell vehicle adoption.

“The Governor’s support for securing financing to start building significant numbers of hydrogen fueling stations in California is critical to the success of fuel cell vehicles in California, providing consumers the necessary assurance that the infrastructure will be there to support these green technologies,” said Gordon Fry, director of state relations.

Fueling infrastructure is a classic challenge for alternative fuel vehicles, one that’s obviously been a factor in the battery-electric rollout over the past few years. But compared to expensive hydrogen fueling stations, EV charging stations are a piece of cake. In fact, since we last reported on this issue, in late March, the number of public electric stations in the U.S. has grown from 5,612 to 6,601, according to the U.S. Department of Energy. That’s an 18 percent increase  in just over half a year.