California surfer: The shark came "out of nowhere"

"There's just a power in the ocean," said the 45-year-old attack survivor 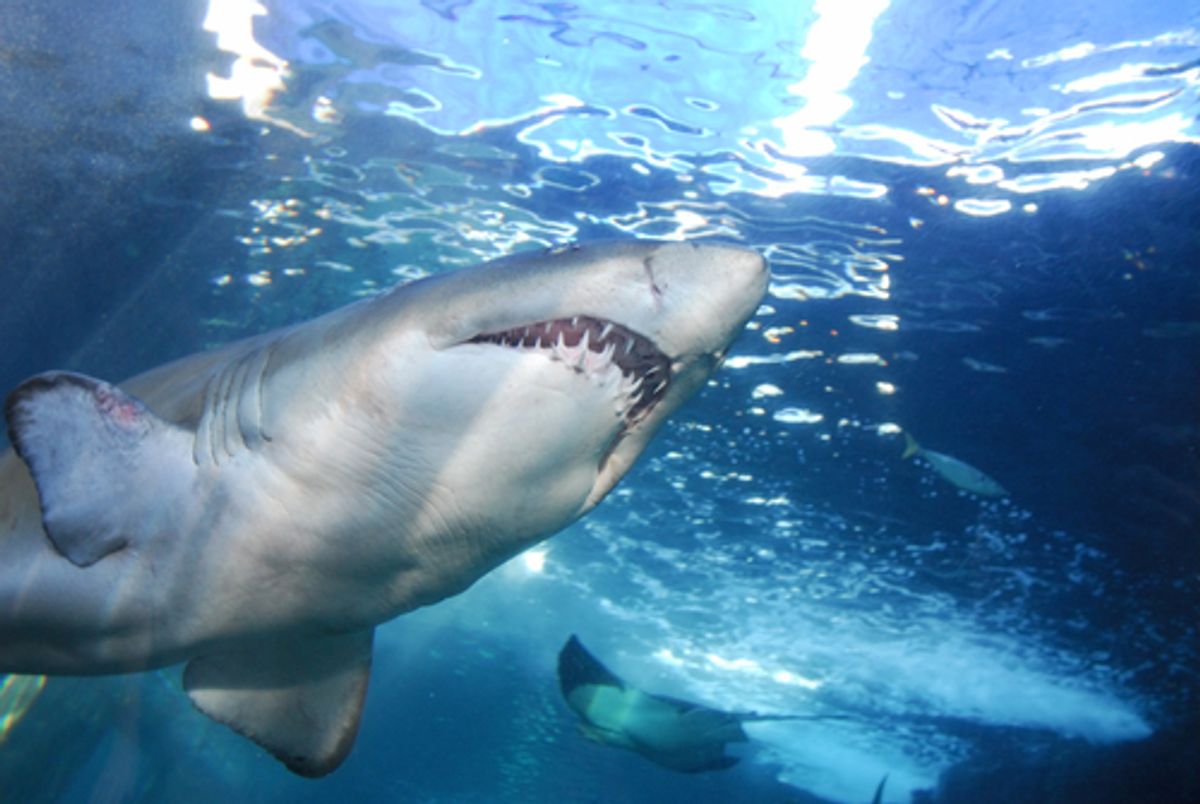 Jay Scrivner, a 45-year-old college English teacher and surfing enthusiast, can't get over what a nice morning he was having in the waters off the Northern California coast before a great white shark took a bite out of his thigh.

"Sometimes you have a feeling that the water is weird," he told the Associated Press from his hospital bed. "But everyone was just so happy."

The attack occurred on Sunday morning in Humboldt Bay, in the same area where another surfer survived a shark attack just last year. In that instance, he escaped by punching the shark in the head until it released him. Scrivner's ordeal, by his account, was similarly adrenaline-fueled:

Scriver said that "out of nowhere" he saw the shark's teeth and nose. After he was bitten, he took a swing at the great white and let out what a friend nearby described as a primordial yell.

"I couldn't believe it happened," Scrivner said. "When I turned away from the shark, I said, 'Did I really get bit?' Your mind doesn't believe it."

The shark caused about 30 stitches worth of damage, but he's expected to fully recover.

"There's just a power in the ocean. When you see a shark or get bitten by a shark, you're just made critically aware of that power," he told the AP. Regardless, he said, he will "definitely surf again."