Republicans may pretend to care during the shutdown, but their policies put the parks in danger 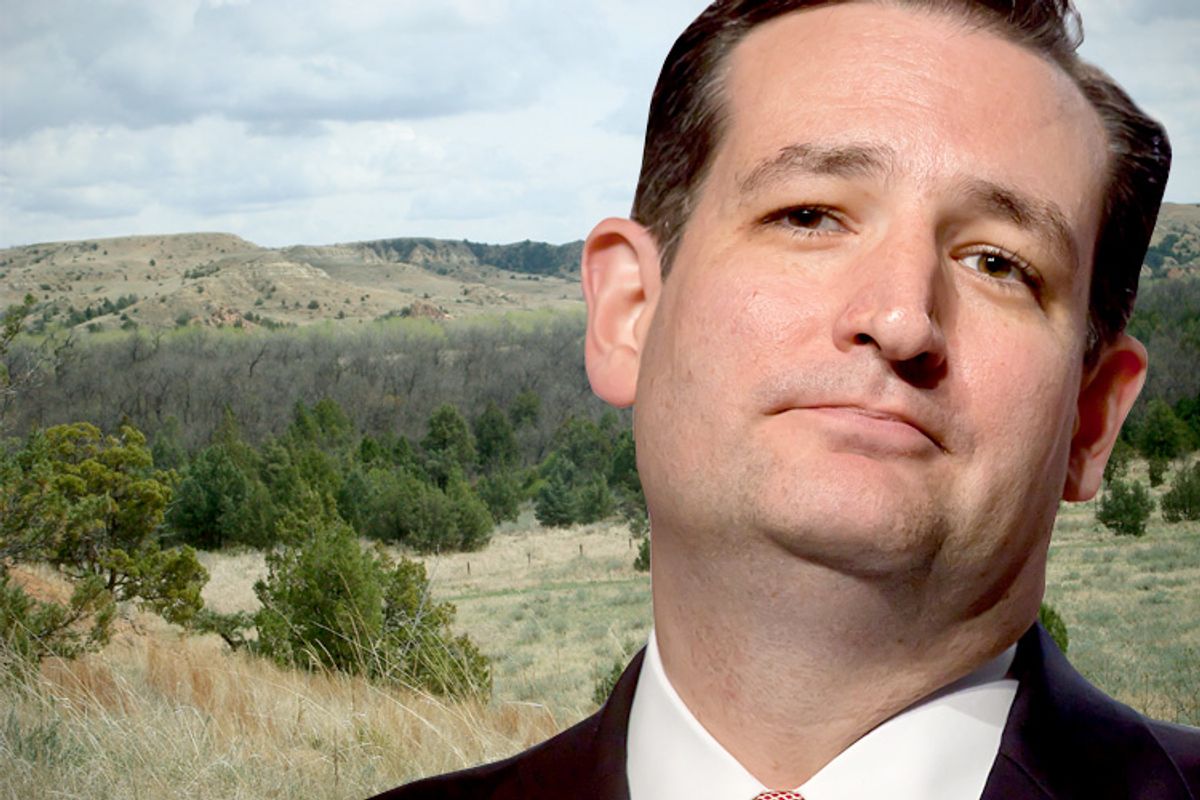 Call me crazy, but I think the National Parks are having their Best Week Ever. Thanks to the government shutdown, they're getting more attention in a few days than they normally get all year. Even more than when Yosemite was burning last month, when it was filled with hantavirus-carrying mice last year, or when, in 1993, the constant stream of visitors were, as one official put it, “loving the park to death.”

Suddenly, reopening National Parks like Yosemite has become one of the country’s top priorities.  The Republicans are especially concerned, with Arizona State Representative Brenda Barton using the closure to call Obama “De Fuhrer” on Facebook, and to try to strip park rangers of their authority to do their jobs -- which right now, sadly, include keeping the parks closed.  Just to show how committed they are to the country’s parks, the Republicans are even including the National Park Service in their piecemeal funding plan, making opening the parks more important than providing Americans with affordable health insurance.

Let’s be honest here for a second, though, guys. Reopening the parks is not going to solve their problems. Sure, it will allow the return of the more than 282 million people that visit them, not to mention the $76 million per day that the local communities earn from those visitors, but the obstacles faced by the parks -- which include some actual, physical, roadblocks -- run much higher than a few days of closure.

Our national parks have been underfunded for years, not days, and the damage this has caused will last far longer than the shutdown. Inadequate resources have debilitated our parks for decades.  In 1998, for example, a Government Accounting Office study concluded that the dwindling funds were not a short-term problem. “Because of advanced, continuing deterioration, some of these assets may be lost permanently,” it said.  Ten years later, USA Today ran a story with the headline, “National program for ruins in ruins,” about the inadequately funded Vanishing Treasures program, tasked with protecting the country’s archaeological sites.  The aughts have not been kinder.  According to the Center for American Progress, since 2010, Congress has cut the parks budget by 13%, leading to the seasonal closure of national parks including the Great Smoky Mountains and the Grand Canyon.

Most recently, the National Parks Group accused the Appropriations Committee-approved budget, which among other travesties completely removed funding for the Land and Water Conservation Fund, of having its “roots in fantasy rather than reality” and putting “national parks, historic places and cultural treasures… at ever-increasing risk.”  As Nicholas Kristof wrote in August, “[O]ld bridges have collapsed. Trails disturbed by avalanches have not been rebuilt, and signs are missing.” According to the National Forest Service, Kristof reported, only an estimated one-quarter of the country’s 158,000 miles of trails meet internal standards.  The Sierra Club told Salon that the national parks need $11.5 billion worth of maintenance. Half of this is reportedly needed for roads and bridges, whose disrepair poses serious public safety threats. The amount allocated in the 2012 budget? $2.2 billion.

For Congress, though, it’s not enough just to defund our parks so they slowly fall into total, unusable ruin. In this country, it’s also important that we “Drill, baby, drill,” not to mention, “Log, baby, log” and “Mine, baby, mine.”  All of these efforts create serious threats to our parks.  In September 2012, the National Park Service identified forty-two park units where non-federal oil and gas drilling is or could be happening in the future.  At the time, twelve had active oil and gas operations.  Yet for plenty of politicians, this is still not enough.  In the 2011 primaries, Michele Bachmann proposed drilling for oil in the Florida Everglades, one of the country’s most endangered ecosystems.  Joe Miller, the Tea Party candidate for Senate in Alaska, has run on a platform that includes turning the pristine Denali National Park and Preserve, the home to Mount McKinley, the U.S.’s highest peak, into an oil well.  And GOP thought leader Grover Norquist says to hell with all of it, let’s just turn them over to the states, or better yet, sell them to the private sector.

If there’s any rallying call that gets the conservative base more excited than “Down with Obamacare” it’s “Up with the Keystone Pipeline.”  Though it’s not getting the same kind of coverage as the healthcare bill, that 1,700-mile pipeline is also a pawn in this shutdown game.  Its wide swath of supporters – which includes Republican leaders John Boehner, Ted Cruz, Michele Bachmann, and Steve King – must not have seen the letter from the U.S. Department of the Interior that listed potential negative environmental impacts on seven national parks, five trails, two rivers, a wildlife refuge, and a national historic landmark.

And we can’t forget about our old friend climate change, which is having its own fun with the parks.  The National Parks Conservation Association lists disappearing glaciers and Joshua trees, thriving insect pests, wildfires, flash floods, and rising sea levels as just some of the negative impacts parks are enduring as a result of climate change.  A 2011 Reuters article reported on impacts in Alaskan parks specifically, ranging from “thawing permafrost triggering mudslides onto a key road” to “glaciers receding from convenient viewing areas, while their rapid summer melt poses new flood risks.”  But shutdown leaders like Boehner, Cruz, Bachmann and King don’t waste their time worrying about pesky problems like melting glaciers, and certainly not the impact that they can have on our national parks. They’re too busy blaming Democrats for shutting down the government.

There’s a reason our parks are falling apart: Nobody cares.  The number of people visiting parks has dropped precipitously.  According to a 2011 Kristof column, the National Park Service says there were “35 percent more backcountry campers in the national parks in 1979 than in 2010.”  If Americans aren’t taking the time to explore our national parks, why should Congress spend the time (and money) to keep them in good condition?

So if we want to support our parks, we need to do more than demand they reopen.  First, we need to visit them -- and not just for them, but for us. Research has shown that spending time outdoors is 50 percent more effective than indoor exercise when it comes to improving mental health..  Then we need to fight for their conservation, adequate funding, and the recognition that they belong to all of us – whether the government is running or not.  As Franklin D. Roosevelt put it, “There is nothing so American as our national parks… The parks stand as the outward symbol of the great human principle.”