Kate Moss could be the new face of Topshop China 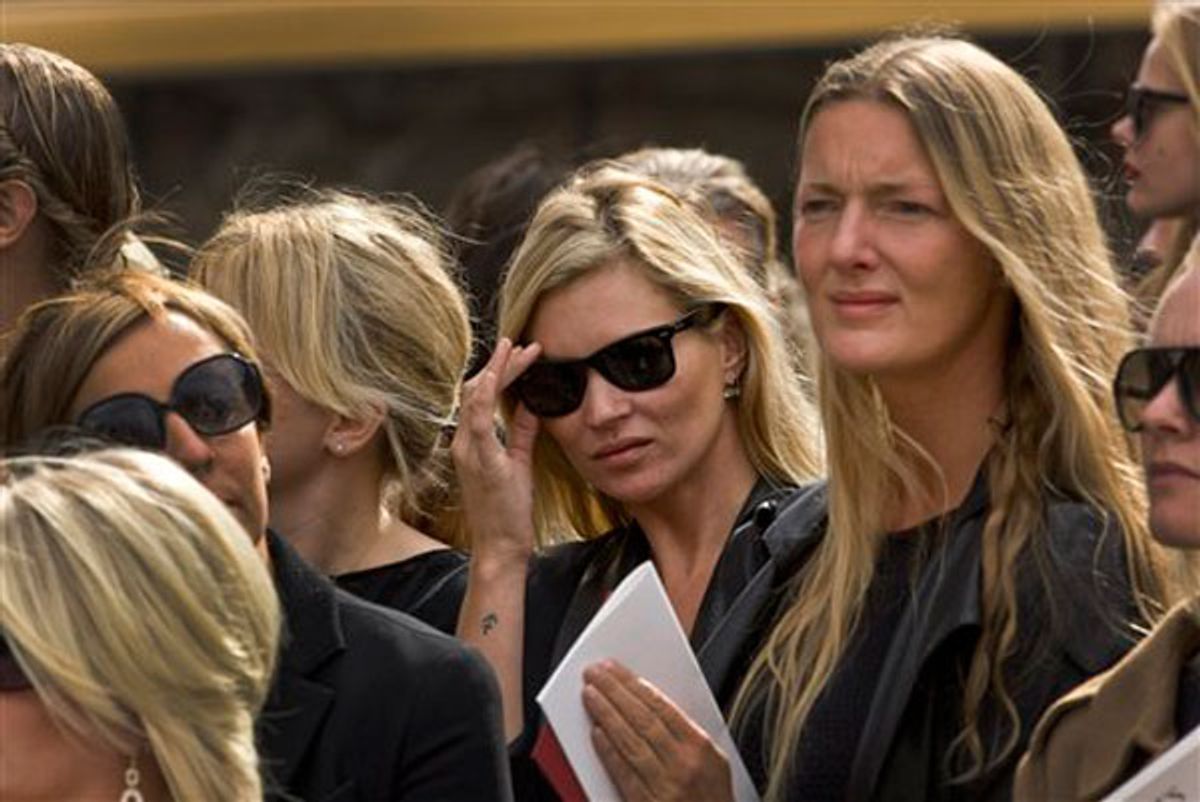 Kate Moss could lead Topshop into China after the fashion chain's billionaire owner Sir Philip Green said he was in "advanced discussions" to open its first outlets in the country.

With the model set to put her name to a new collection for the retailer, due to launch in 40 countries next April, Green said today: "We could use that as an opportunity to open 20 to 30 pop-up stores within department stores in China."

Moss's latest collaboration with Topshop will be the first since she walked away from a previous project three years ago. The model, who was paid a reported £3m for her first collaboration, will work on the new collection with stylist Katy England and Topshop's creative director, Kate Phelan. At 39, she is old enough to be the mother of many Topshop customers, but Green insisted she still had fashion influence.

"Show me anybody with better fashion credibility. She's spent 20 years in the industry – who knows the business better?"

Using Moss's name in China would echo Topshop's move into the US four years ago, where the model's worldwide appeal helped secure sites in a number of Nordstrum stores as well as four standalone stores.

Green, who opened a Topshop store in Hong Kong this summer, said he was in negotiations with a number of parties about different opportunities on the mainland, and Topshop's China launch might also begin with standalone stores alongside department store outlets.

He could not say when these might open but said: "We can open in any market pretty quickly. If we did the deal tomorrow we could open in six weeks."

Green is also looking at pop-up shops for Topshop Unique, the catwalk range which showed during London fashion week.

Meanwhile, Topshop is continuing its expansion trail in the US where it is just completing the opening of 20 new Nordstrum outlets. Green said more could follow next year if the current batch perform well, and there could be as many as 70 across the country in future as well as standalone stores. He is in negotiations to open four of five more high street outlets with plans for at least one more New York store.

This year the Arcadia Group, which includes Dorothy Perkins, Burton, Miss Selfridge, Wallis and Evans as well as Topshop, has opened 154 new stores globally, taking its total to about 700.

In the UK, Green is conducting a "capital investment review" amid increased competition from the internet and rival chains. Each of the Arcadia brands has been asked to make a pitch on how it could rejuvenate the look of its stores.

Green would not put a figure on his investment plans but said trial revamps of Dorothy Perkins and Burton stores in Bluewater, Kent, and an Evans store on Oxford Street, London, had produced double-digit increases in sales. He said each chain could get a budget to try an updated look in 10 to 30 stores.

Green has previously announced plans to pull out of 200 to 300 smaller stores when leases expire and he confirmed that process was continuing.