The 9 nerdiest criticisms of sci-fi TV and film

Neil de Grasse Tyson's "Gravity" tweets are only the beginning 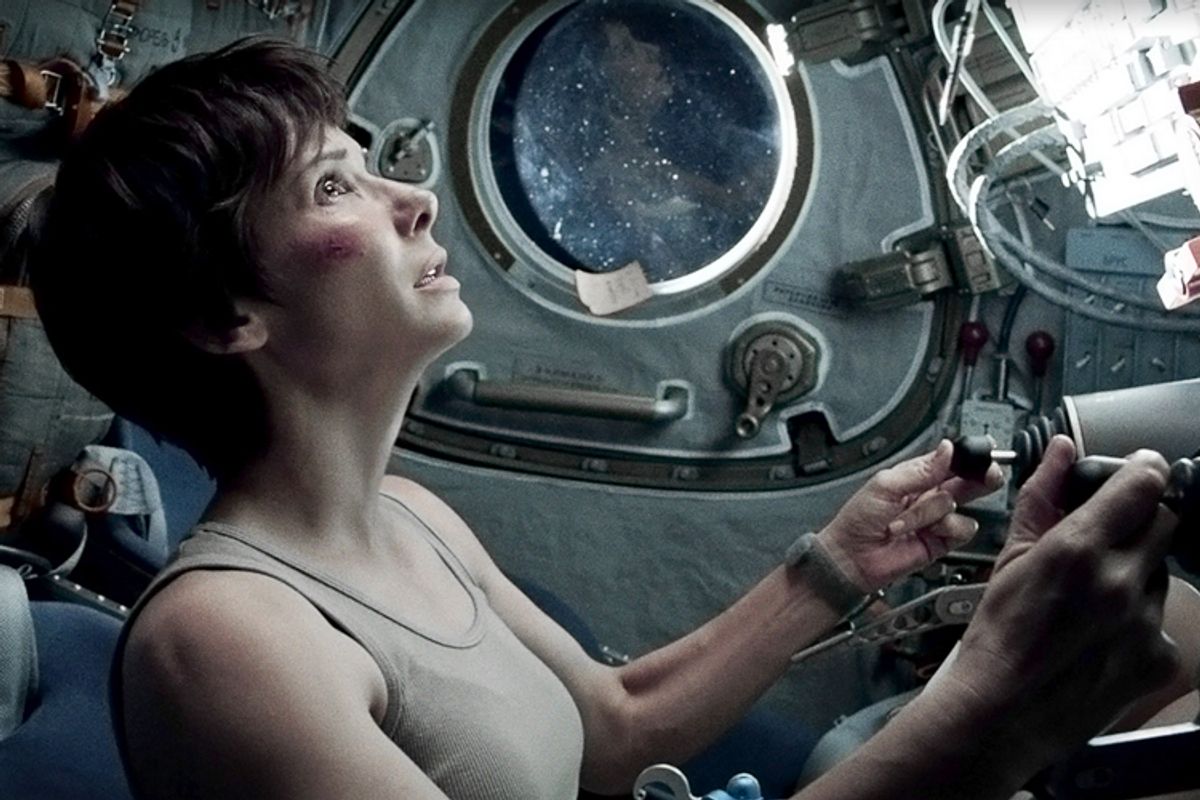 Neil de Grasse Tyson's recent critique of "Gravity" is part of a long and honorable tradition: that of nerdily pointing out where science fiction diverges from actual science. Some have called Tyson a killjoy, but his tweets ("Mysteries of #Gravity: Why Bullock's hair, in otherwise convincing zero-G scenes, did not float freely on her head.") weren't those of a hater. He's said he enjoyed the film -- and watching something so closely that you can pick out out its tiniest errors can be an act of love. Below, nine more nerdy critiques of popular sci-fi TV and film.

There's no air in space, so there's nothing for sound to travel through. But, as Salon's Andrew O'Hehir has pointed out, this hasn't stopped the "Star Trek" and "Star Wars" franchises from punctuating space battles with loud explosions. "Gravity" doesn't make this mistake. (Inevitably, there is debate on whether, somehow, spaceships could make loud bangs happen.)

No air in space also means no giant fireballs of the kind we typically see when a spaceship gets hit. At least according to TV Tropes, real spaceships would probably explode in a quick flash, not a sustained fire.

When I was growing up, this was one of my mom's many complaints about "Star Trek." The Enterprise appears to move through stars as though, in her words, "they're little flecks of dirt in space." But stars are really far apart -- they'd look like a backdrop, not a bottle of Orbitz.

When the Enterprise goes to warp, the stars turn to stripes. A cool signature effect, but not accurate, according to physics students. They say that if (when) we develop faster-than-light travel, we'll likely see a kind of centralized glow instead.

"Total Recall" aside, your head will not explode if you take off your helmet in space. You will eventually suffocate, however. Do not do this.

The whole section on lightsabers in Wikipedia's "Physics of Star Wars" entry is highly worth reading. Other sources agree, and common sense dictates: laser beams don't make noise when they move around. Some have addressed this problem by arguing that lightsabers are actually made of plasma, but that wouldn't solve all the problems with the weapons either. Fortunately, this guy has.

There [are] no lab experiments suggesting they can be constructed or evidence that they exist out in space.

But they are fun.

This is why they so often show up in science fiction -- but the likelihood that we'll be traveling easily back and forth through them, even in the time frame of "Star Trek," is pretty slim. It's even less likely that an alien species like the Prophets on "Deep Space Nine" could live in one, although who knows what their deal is.

One of the best "ST:TNG" episodes, "The Next Phase," finds Geordi LaForge and Ro Laren "out of phase" with the rest of the Enterprise, so they're invisible and can walk through walls. However, they don't fall through the floor and out the bottom of the Enterprise to their deaths. One message board alleges that the screenwriters did have an explanation for this, but that it was eventually cut. Regardless, the mysterious impenetrability of the floor is a widespread problem, especially with ghost movies (though, to be fair, these present larger plausibility issues as well).

This one's tiny, but I include it because it's the maddest I've ever seen my mom get at the TV. It's "ST:TNG" again, and Dr. Crusher's making Riker drink warm milk. Here's how it went down in my house:

Dr. Crusher: The heat activates the amino acids in the lactose, making it a natural sedative.

Mom: There are no amino acids in lactose! Lactose is a SUGAR!!!

True. Tiny, needless errors like this used to crop up a lot in sci-fi -- don't make me tell you about the time the doctor examined some poor guy's blood for plant matter. Now that we're all Internet jerks, the shows and films that care about verisimilitude (so, not "Sharknado") seem to hire consultants to keep this kind of thing to a minimum. But sometimes stuff slips through the cracks -- and that's fine. Part of the fun of watching sci-fi is picking it apart afterward, and it doesn't mean you didn't love it. It just means you were paying attention.