The problem with "Gravity" truthers

One writer believes that the ending of "Gravity" is a big lie; here's why trutherism is useless for "Gravity" 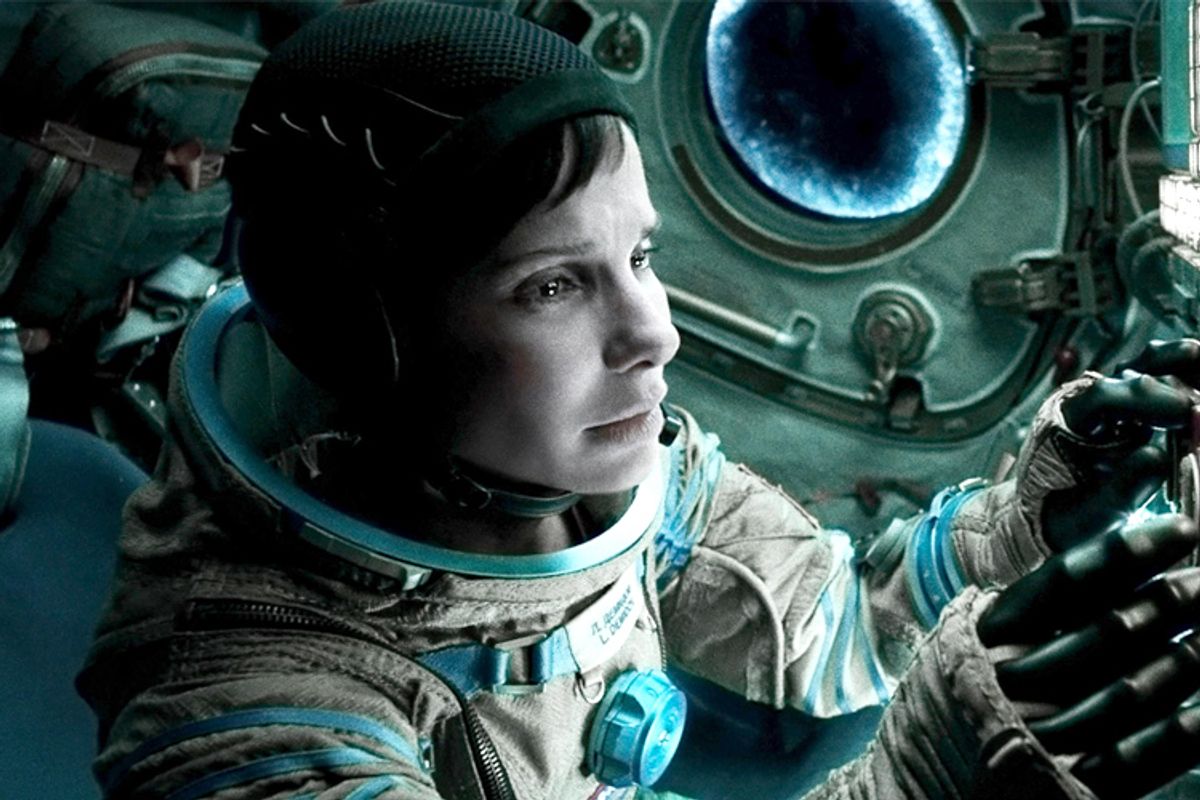 The internet thrives on "truthers" -- people whose (often crackpottish) theories about just about everything are framed as the result of a quest for the facts hidden behind society's lies. Truthers are common in politics -- disseminating the true facts about John Kerry's Vietnam record or Obama's Kenyan birth.

But truthers don't limit themselves to politics. There's a secret set of facts, for instance, underpinning the "Breaking Bad" finale -- while those simpletons may think that the series ended straightforwardly enough, with Walter White having settled his accounts and then died as the police closed in, you and I know that there are a set of clues that can unlock a deeper and more sophisticated meaning, even one that flies in the face of the established facts (e.g., that Walter was already dead and the events of the finale were all a fantasy).

And so it is that the conclusion of the new hit film "Gravity" has come in, already, for reappraisal: The Wrap presents a theory (riddled with plot spoilers, so beware) that the film's ending, in which Sandra Bullock survives a ghastly ordeal and makes it back to earth, is within the world of the film a fantasy, and that she died in space.

The evidence The Wrap provides is largely based upon the impossibility of Bullock's character's survival; every element of her managing to make it back is, individually, difficult to fathom. Taken together, they imply to the site's writer that a turn in the plot depicts Bullock's character's death; the final third of the film, full of lucky breaks, is the fantasy of how she would have made it home, had she done so.

In the age of the truther, though, it may be worth remembering that not every entertainment-industry product depicting something unlikely or hard-to-fathom is a fantasy-within-a-fantasy. Film and television exist to bring across fantasies; if Walter White's figuring out how to mete out justice in his final hours on earth seemed too pat, it may be that television has traditionally though not always provided comfort through closure, and not that it's a subversive manner of using closure to communicate a secret truth. If "Gravity" seems preposterous -- well, it's a movie about an astronaut stranded in space. What, exactly, would constitute realism for the vast majority of audiences? Operating under the same theoretical framework that the unbelievable is not to be trusted, would viewers of "Children of Men," "Gravity" director Alfonso Cuarón's previous film, presume that its depiction of a world in which no one was able to have children was a fantasy on the part of the protagonist? Or just that its hopeful ending was?

There's something deflating about presuming that there's always a double meaning to art -- something that implies its stated meaning is not sophisticated enough for your tastes. The entertainment truther presumes that he or she is more sophisticated than the viewer who chooses to think about the themes fairly explicitly presented. The truther calls to mind "The Simpsons"'s resident nerd Professor Frink refusing to allow a child to play with a garden-variety toy: "You won't enjoy it on as many levels as I do." There's plenty in "Gravity" without the presumption that Cuarón is deceiving us.