"The Tomorrow People": Attack of the teleporting millennials!

The new CW show packs some satisfying twists, but it needs a better theme than young vs. old 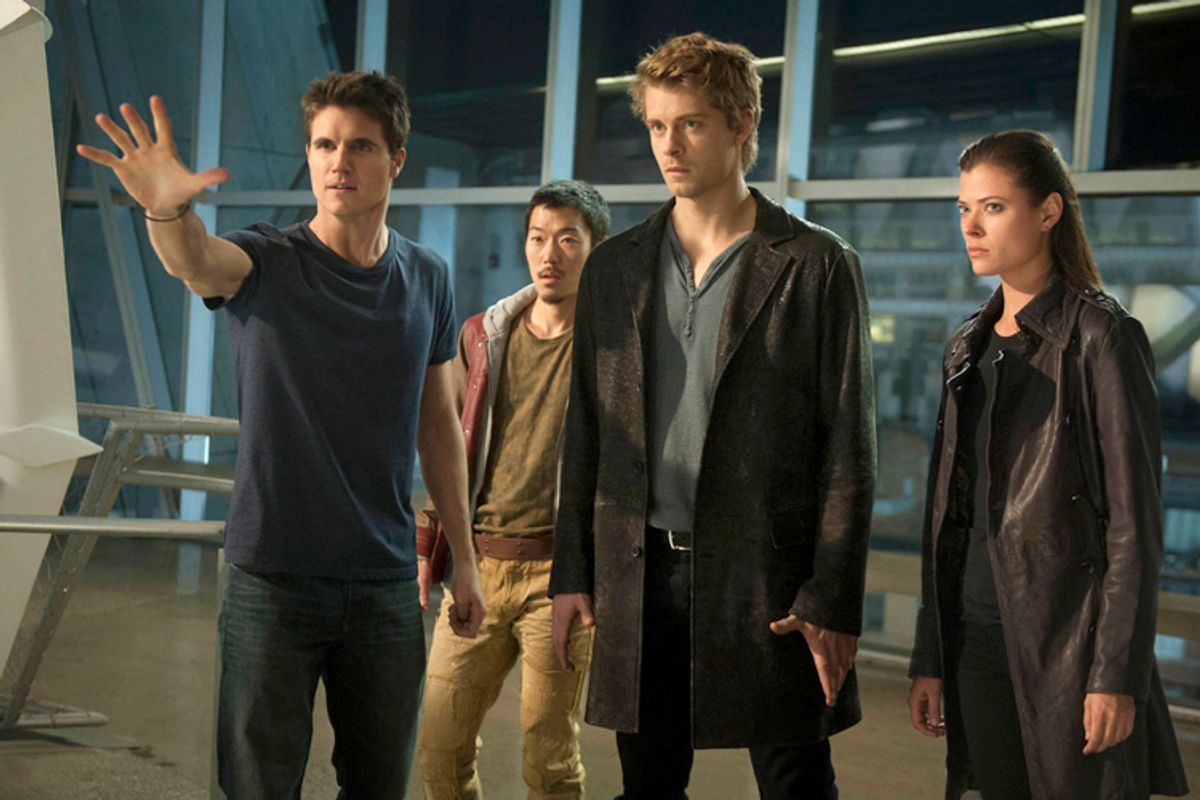 Stephen Jameson is having a tough time in high school -- and not just because he looks unusually grown-up for a teenager. This is, after all, the CW; his entire school is a cavalcade of Hollister models. No, Stephen's got much bigger problems than innocuous handsomeness and delicately mussed hair. Abandoned by his deadbeat father and misunderstood by his put-upon mother, Stephen hears voices in his head and sleepwalks so dramatically that his neighbors want to kill him and his classmates believe him to be an utter loon. If that's not enough, Stephen gets jacked for his anti-psychotic meds on the regular by the slightly less handsome school bully. These concerns constitute -- spoiler alert! -- only the beginning of Stephen's problems.

During Wednesday night's premiere of the CW's new series "The Tomorrow People," our young hero discovers that the garrulous woman only he can hear is not a psychotic delusion, nor does he suffer from incurable somnambulism. But none of this is exactly good news. The sleepwalking isn't sleepwalking at all; it's teleportation. No matter how tight he straps himself in at night, Stephen twists and turns and blurs space and time to wind up ... elsewhere. The special effects surrounding Stephen's jumps are fun to watch, even if they're only a rejiggering of the same effect from 2008's "Jumper." (This show evokes that messy film and others in more than a few ways. For some quaint TV time traveling, definitely adjourn to YouTube for clips of the two U.K. versions of "The Tomorrow People" that preceded this one.)

After another of his improbable sleepy-time jaunts, Stephen is contacted by a handful of other age-defying lookers, spirited away to an abandoned subway station somewhere beneath Manhattan, and blindsided with the news of his true nature. He is not one of us, i.e., one of the poor schlubs parked on a couch eating too much gluten, glued to the TV every evening. Stephen is one of the Tomorrow People, Homo superior, the next stage of human evolution. So, yeah, like the X-Men or the supercharged freaks from "Heroes." (By the by, does anyone else out there fear that the next stage of human evolution may look more like Honey Boo Boo than Wolverine?)

Stephen learns from John and Cara, a sexy, super-human couple, that the changes he is undergoing are collectively known as "breaking out." In this fantastic context, the term refers not to issues only Clearasil can mend but to a young adult first manifesting the three T's: telepathy, telekinesis and teleportation. Awesome Tomorrow People Powers typically emerge during adolescence, and the show does not shy away from all that that implies. If the CW has an agenda, message or mission statement of any kind, it's probably not much more than this: It's better to be young and beautiful, even with all the angst and unrequited love and stuff.

Stephen eventually comes face-to-face with the bad guy, a craggy, stony-eyed evolutionary biologist named Dr. Jedekiah Price who threatens the youngling with a "lecture about recombinant DNA therapy." It's bad enough that Price seems to be the only non-parent character over the age of 30, he also happens to be a teacher. (No more pencils, no more books, indeed.) Thankfully, Price skips the lecture. But he does explain to Stephen why he has made it his life's mission to hunt down Tomorrow People and contain them:

Tweeting nuclear launch codes?! The fourth T! So, Price fronts a shadow organization whose sole responsibility it is to thwart teens who are exceedingly good at pranks? Now, certainly, the very popular X-Men lore also depicts a war between the old humans and the new humans. But the good guys weren't all actually young, and the old guys weren't all bad.

The series premiere of "The Tomorrow People" ends in some intriguing ambiguity, indicating that there will be satisfying twists to come. But the dialogue doesn't exactly hum, many of the characters feel mechanically generated, and the action sequences are stiffer than an adamantium ironing board. And with age abhors beauty at the core of the thing, right now "The Tomorrow People" seems more superficial than superhuman.

The Cw The Tomorrow People Tv