A black man in Georgia was reportedly gunned down by police, while his hands were up and his family looked on 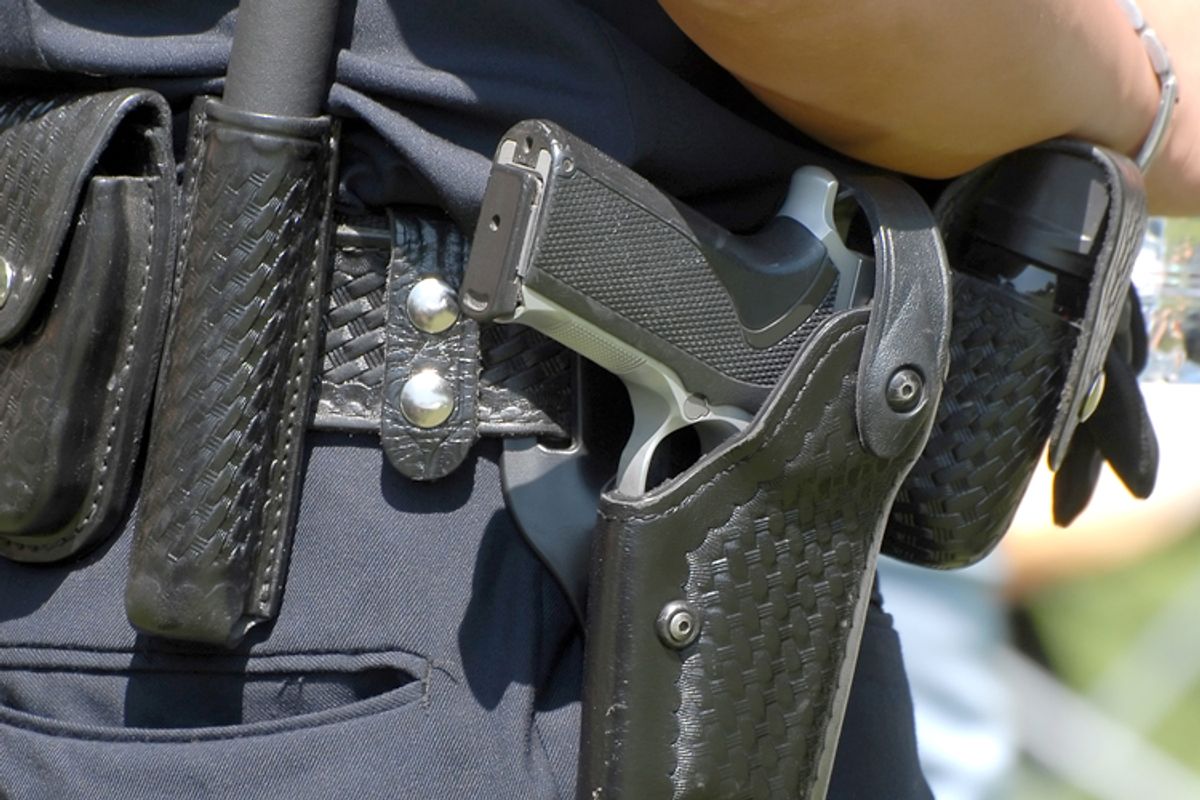 When Alicia Herron of Georgia called 911 to get emergency medical help for her diabetic fiancé, Jack Lamar Roberson, she did not expect the police to show up. And she certainly did not expect them to shoot Roberson dead as he held his hands up.

While police claim Roberson came toward them "aggressively armed" with a knife, his family -- witnesses to the incident -- deny the police's version of events. Roberson’s mother said the family didn’t own “two decent knives.” Reason.com reported that "His mother and his fiancée both witnessed the shooting, and their 8-year-old daughter was apparently in the home too."

Herron gave the following version of events to a local new station:

He didn't have nothing in his hands at any time or period at all before they came, any time while they were here, anything. They just came in and shot him. He didn't say nothing, the police didn't say nothing, anything, it was like a silent movie. You couldn't hear anything, all you could hear were the gun shots go off and I seen them going into his body and he just fell down.

The tendency of police to respond to 911 calls seeking medical assistance has in all too many occasions led to shootings. Last year, in a striking example, a mentally ill double-amputee in a wheelchair was shot dead by a Houston Police Department patrolman for waving a shiny pen in the air.

In an investigative report, which discovered that half the individuals shot by police have some sort of mental illness (not the case in the Roberson shooting), the Portland Press Herald/Maine Sunday Telegram listed a string of perturbing, trigger-happy police shootings:

Within a week of D.C. cops shooting dead an unarmed woman in a car on Capitol Hill, her toddler in the passenger seat, these all-too-common incidents of police shootings -- usually carried out with impunity, often involving black victims -- must be recognized as an abysmal pattern in U.S. policing, and far from one-off instances. The officers involved in Roberson's shooting are on paid leave.