Why unsuccessful writers give the best advice

If you want to know what writing's like for most people, don't ask a star. Talk to the midlevel sloggers 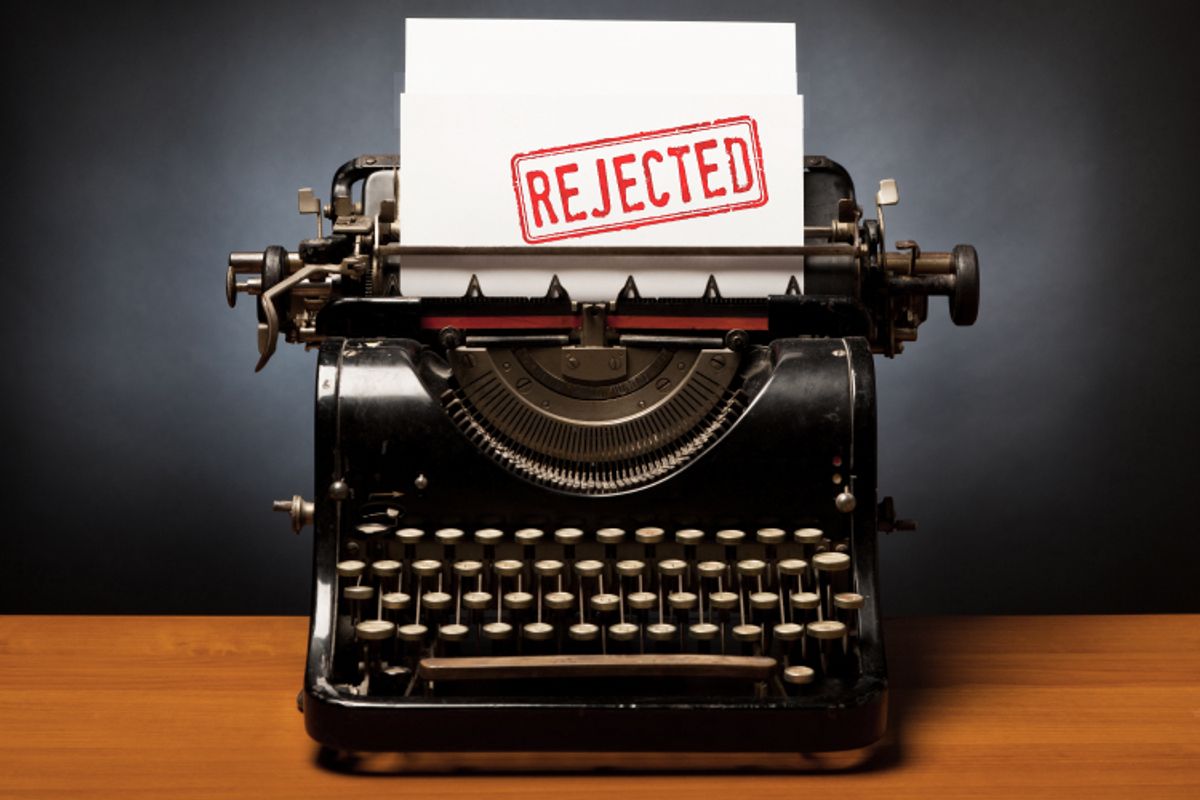 If you want to become a writer, whom should you ask for advice?

The obvious answer is, "a famous writer." To succeed, go to someone who has succeeded. Thus, the Atlantic recently posted a video interview with Ta-Nehisi Coates, one of its most celebrated writers, in which he offers this advice:

I strongly believe that writing is an act of courage; it's almost an act of physical courage. You get up, you have this great idea…and you sit down to write it, and almost always what was brilliant before…is somehow not to brilliant when you go to write. It’s as though you have a certain music in your head, and trying to get that music out on the page is absolute hell. And so you fail….You never really get, I never really get, to that perfect thing that was in my head, so I always consider the entire process about failure.  I really, really do, and I think that's the main reason that more people don't write.

For Coates, writing is about seeking perfection. It's painful because that perfection is unattainable. Writing is a discipline and a craft, and more people don't do it because the craft is too demanding.

I'm a fan of Coates' writing -- one of a great many. His blog was named one of the best of 2011 by Time; he won a 2012 Hillman Prize for commentary. Obviously, that makes him an expert on writing in some ways.  But, at the same time, most writers don't win any awards. Most writers aren't universally admired by their peers. The same things that make Coates exemplary also make his experience as a writer really atypical.

In contrast, I submit myself. I'm a moderately successful writer as these things go. I write for places like the Atlantic and Salon, I'm working on a book about a topic I love. But even so, day-to-day, my experience of writing is quite different from Coates'. For example, when I think about failure as a writer, I'm not usually thinking about failing to be the best writer I can be, or failing to attain perfection.

Rather, for me, "failure" usually comes down, in a pretty straightforward way, to having my work rejected.  I'm working for an employer -- or, more accurately, several employers -- and my work isn't measured by whether I like it, but by whether they do. When I write a passage about, say, online etiquette for an education jobber to appear on some curriculum materials somewhere, I'm not measuring myself on whether or not I've lived up to my craft.  Similarly, when David Hare tells me, "Write only when you have something to say,"  it doesn't have that much relevance when I'm putting together an online study guide for high schoolers about a spy novel, which I have to finish on deadline whether I've got a whole lot to say or not. And even writing this essay, right now, the question I'm asking myself is not, "Do I really have something to say?" The question I'm asking is, "Can I get someone to pay me for this?"

What I'm saying is that I'm a hack. "Hack" is supposed to be an insult because real writers are supposed to be dedicated to perfection, not to money. But the fact is that the vast majority of writers, the vast majority of the time, have to embrace some not insignificant level of hackery if they're going to survive. Anthony Marra doesn't have to troll Craigslist for gigs anymore, and so it makes sense from his perspective to say something like, "When the frustrations accumulate and you want to give up, keep in mind that your solitary struggles to shape language into meaning will become the most profound moments of your creative life." Not that I don't like getting ideas and putting them in words — I like that a lot, and it's why I'm a writer rather than a lawyer or a cab driver or whatever else I might be. But writing and rewriting in order to get a computer program to declare that your prose level is suitable for seventh graders has little to do with profundity or the creative life, even if there is a certain pleasure in being able to do it well.

Marra is also encouraging folks not to "give up" — to stick to it. That's also fairly standard advice from successful writers; Coates too, says, that perseverance "is the first thing I say to any young person who wants to talk about writing."  For writers like Marra and Coates, obviously, perseverance worked. Despite difficulties and setbacks, they kept on and became writers that others look up to.

The fact that this is the story we always hear, though, can obscure the fact that that story is really unusual. Most writers don't set their eyes on a goal and keep going till they reach it. Instead, like most people in all walks of life, writers tend to bump along, finding a niche by trial and error — and error again, in the current media economy.  For my part, I wanted to be a poet when I got out of college. I also tried writing zines for a while. I stumbled into educational writing and stuck with it not because it was what I dreamed of doing, but because I enjoyed it pretty well and I could get folks to pay me for it.  Similarly, I found that people were willing to read my criticism, and that I could write it fast enough to make at least a little money off of it.  I still write things for more personal reasons (like my book project or my blog), but even those efforts have been a product of trial and error and figuring out an audience. My writing career, then, isn't the product of perseverance. It's the product of quitting and quitting until I found a rut (or a couple of ruts) I could fit into.

Most people wouldn't necessarily look at my amalgamation of cobbled together gigs and say, "That's the writing career I want." It's natural that you'd turn to more successful writers, and just as natural that those folks tend to talk about writing as a craft and a calling. But I think it's valuable, too, to know that writing, for most people, most of the time, is less like an art and a craft and a calling than it is like a job. That's a disappointment in some ways: nobody goes into writing thinking, "Forget about modeling myself after Wallace Stevens. What I really want to do is write like the anonymous team of hacks who put together my grammar textbook."  But, on the other hand, there might be some comfort in realizing that the choice doesn't have to be between stardom and giving up on writing. You can be a mid-level slogger and get paid to write — which isn't a dream come true, necessarily, but is still pretty cool.