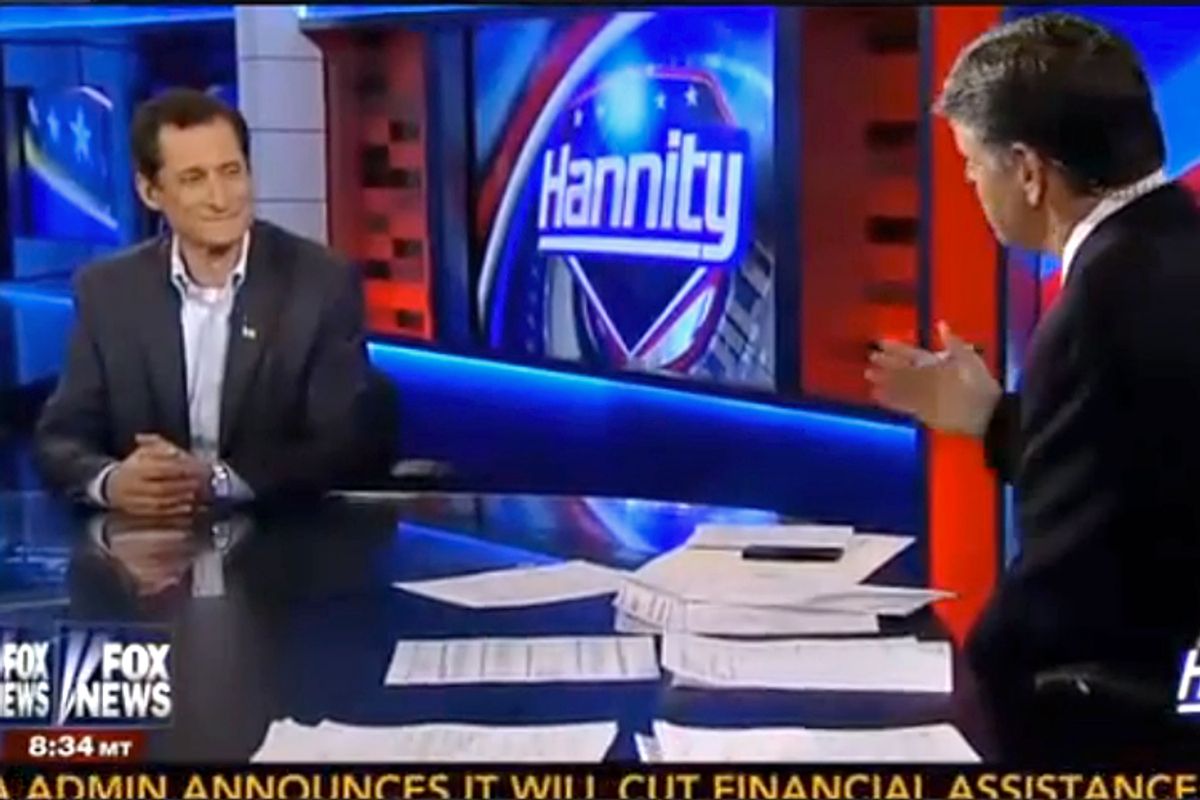 Anthony Weiner and Sean Hannity are an odd couple that only a television producer could love, something they proved with aplomb Wednesday night on Hannity's Fox News show with a segment that began awkwardly before quickly descending into an even more uncomfortable yelling match.

Things got off to a rocky start, with Weiner refusing to engage with Hannity's first question — "What the hell were you thinking?" — and insisting he was on the show not to talk about himself but to talk about the middle class. The two then spent a good chunk of time going in circles, with Hannity repeatedly trying to get Weiner to comment on his many sex scandals, and with Weiner repeatedly dodging the question and attempting to redirect the conversation to policy.

Eventually they did get to policy ... sort of. When Hannity brought up the debt ceiling, Weiner interjected with questions of his own, asking the Fox News host again and again whether he supported raising the debt ceiling. Hannity ultimately granted that the debt ceiling would have to be raised, but not before complaining about Weiner's commandeering the interview. "What am I — a potted plant?" Weiner responded.