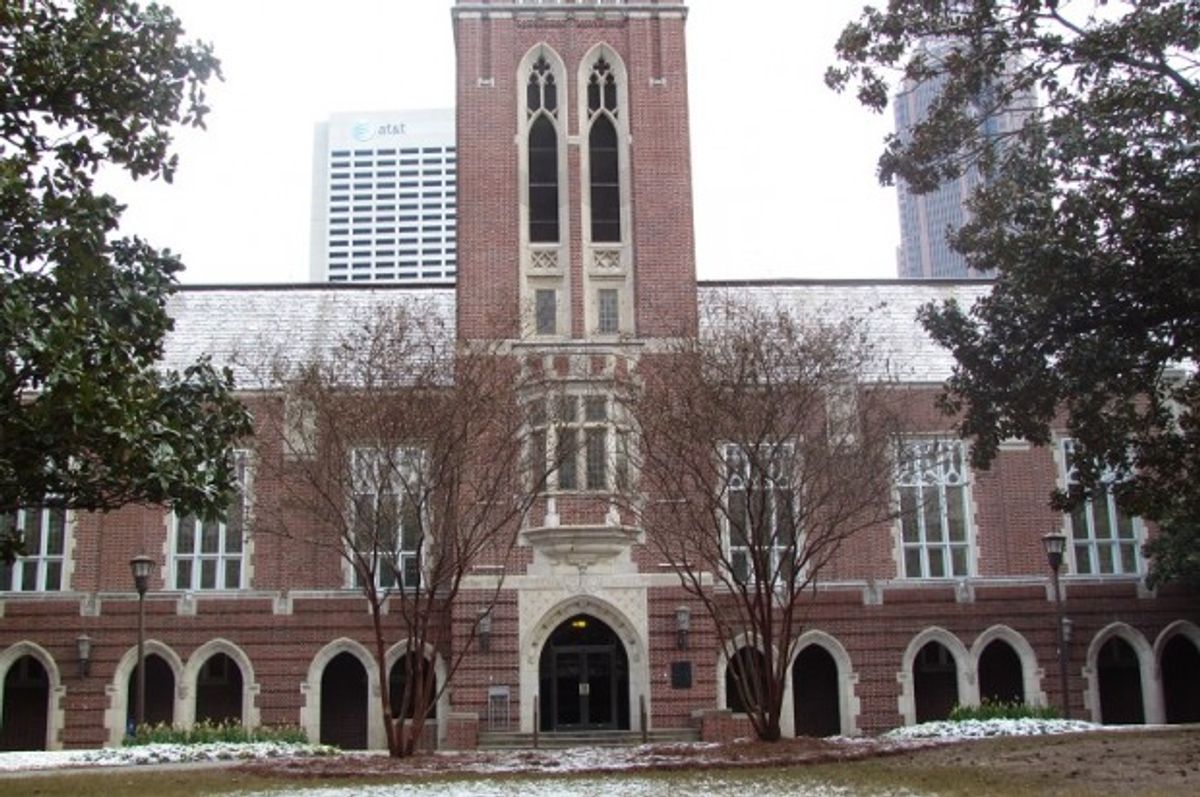 A local news station interviewed Georgia Tech students about their responses to the "How to lure rapebait" email a member of the university's chapter of Phi Kappa Tau sent to his fellow fraternity brothers. The reactions were ... discouraging.

Many of the students interviewed by Atlanta's WABE considered emailing sexually aggressive and potentially dangerous advice to be a bigger problem than the advice itself.

As one student remarked, even if one thinks "luring rapebait" is a great joke, one should not email that great joke:

I think he intended it to be a satire of the typical frat guy and how horribly they see the idea of trying to face girls. And he’s trying to take it to the extreme of saying oh yeah this is what they think, and people saw that and realized, OK, even if you do think this is a joke, that is not something you send in an email.

And another worried that the email urging men to get women drunk in order to sleep with them will haunt the sender later in life:

This kid is going to go get a job, and forever this email will be something he’s written or said or whatever, and I mean, that’s not great.

And another who expects fraternities to joke about rape, just not on the Internet:

Some of the guys in the frat, they can’t believe he sent it out. My opinion is he was never taught that if you shouldn’t say it in front of your grandma, you shouldn’t put it on the internet ... You kind of expect it from some certain frats on campus, but, it’s kind of unexpected to actually see it put on the internet.

Something is seriously wrong here, as Kate Dries at Jezebel also noted Thursday.

Wrong, but not surprising. A lot of people tend to talk about and understand sex as a zero-sum game that requires dishonesty to "win." Ken Hoinsky made a small fortune on Kickstarter funding a book full of sexually predatory advice, and his "advice" wasn't even that original. It is basically a carbon copy of other schlock in the pickup artist genre.

In fact, sexual violence is so normalized in our culture that a recent survey found one in 10 teenagers admitted to coercing someone into sex. When researchers asked the respondents who was to blame, half of the perpetrators said the victim was responsible for the assault.

"I don't get creeped out very often," Michele Ybarra, lead researcher of the study told NPR. "But this was wow."

"If half of the perpetrators felt the victim was responsible for this, we need to do something," Ybarra added.

And if plenty of college students think emailing about "rapebait" is a bigger problem than treating women like "rapebait," we need to do something, too.