Glenn Beck: Scream at your children until they believe in God 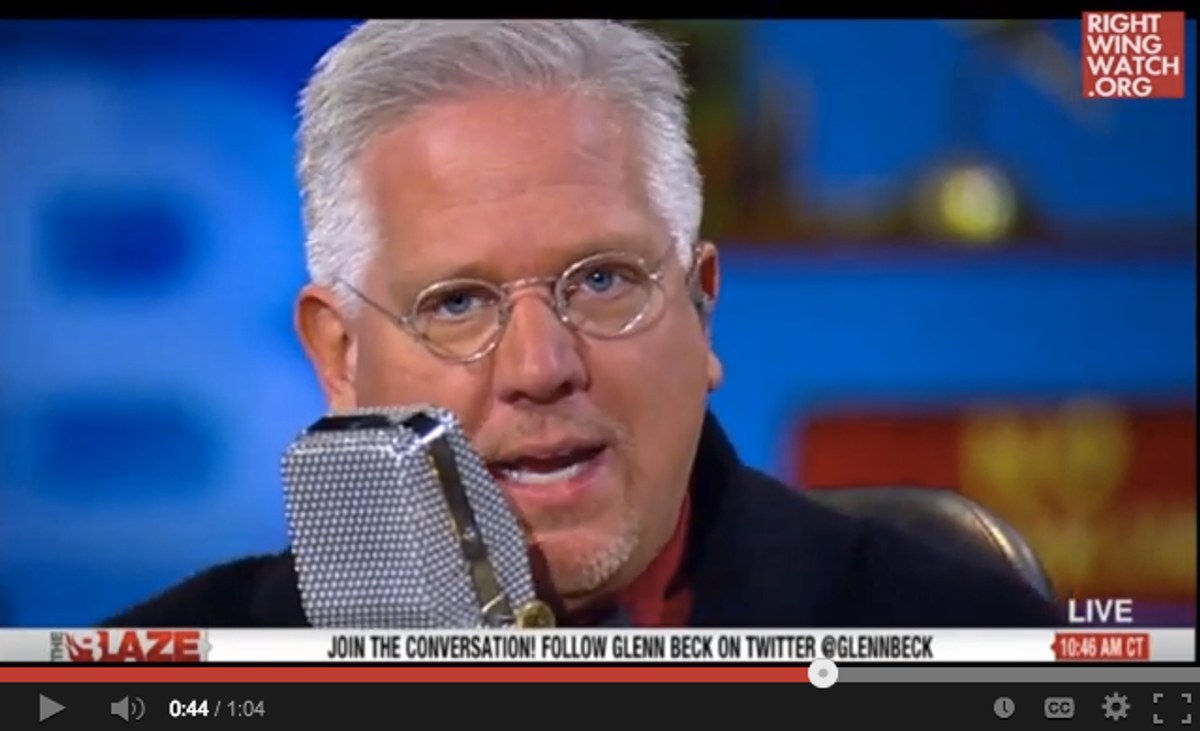 Glenn Beck branched out on Wednesday from his usual political conspiracy crazy-making to dispense some terrible parenting advice. You see, Beck believes that parents should use verbal abuse and physical intimidation to teach their children that their rights "come from God" by getting "in their face" and making them cry.

"Well, they're going to cry, it'll hurt their feelings" yelled a visibly agitated Beck. "Push them! Because if you don't do it now, it's going to be much worse when they're pushed and they're shoved and they're shot. Push them! Teach them! The need to know the truth and the need to be pushed up against the wall once in a while so they know they can defend themselves."