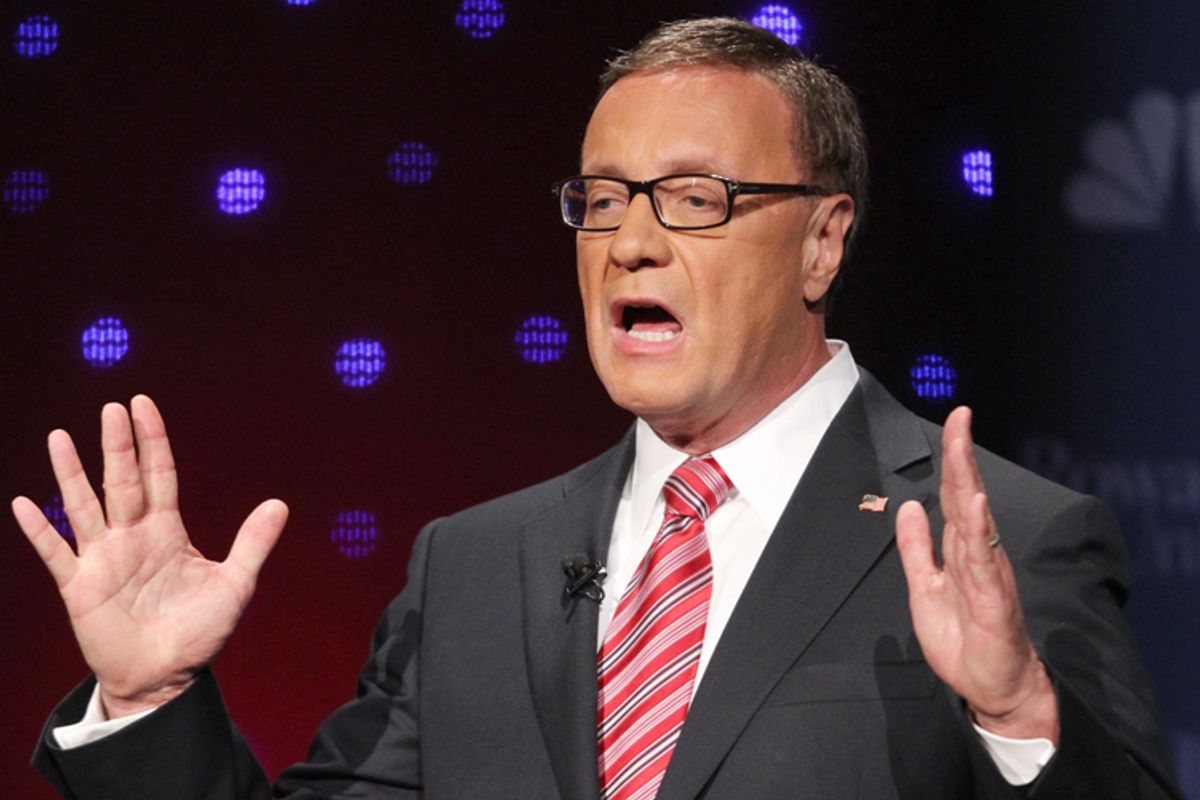 The campaign for senate in New Jersey continues to be among the most acrimonious is recent memory, with Wednesday night's televised debate representing perhaps its nastiest chapter yet.

The race between Newark Mayor Cory Booker and former Bogota Mayor Steve Lonegan had already seen its fair share of ugliness, with Lonegan at one point making vaguely homophobic statements about Booker, but Wednesday night's debate took things to a new level.

In the debate's most shocking exchange, Booker and Lonegan quarreled over the latter's shoddy record on the environment, with Booker pointing to New Jersey's Passaic River as an example of the kind of pollution Lonegan's policies would allow.

"You may not be able to swim in that river," Lonegan responded, "but it’s probably, I think, because of all the bodies floating around of shooting victims in your city."

More on the debate from NJ.com:

The two clashed sharply on just about every issue, including gay marriage and abortion. Booker said he supports same-sex marriage, saying "We are all equal under the law."

Lonegan said "marriage is the greatest institution made by man" because "it’s about the children."

Asked whether he believes gay couples should have children, he quipped: "That would be a biological phenomenon."

He then added: "I have mixed feelings about that."

Lonegan didn’t only argue with Booker. At one point he chided a panelist for not checking his facts, and accused the moderator, NBC 10 anchor Jim Rosenfield, of giving "the edge to my opponent throughout the whole debate."

After the debate, Lonegan told reporters he "clobbered" Booker, who he said was "coached" and had "pollsters telling him what to do."