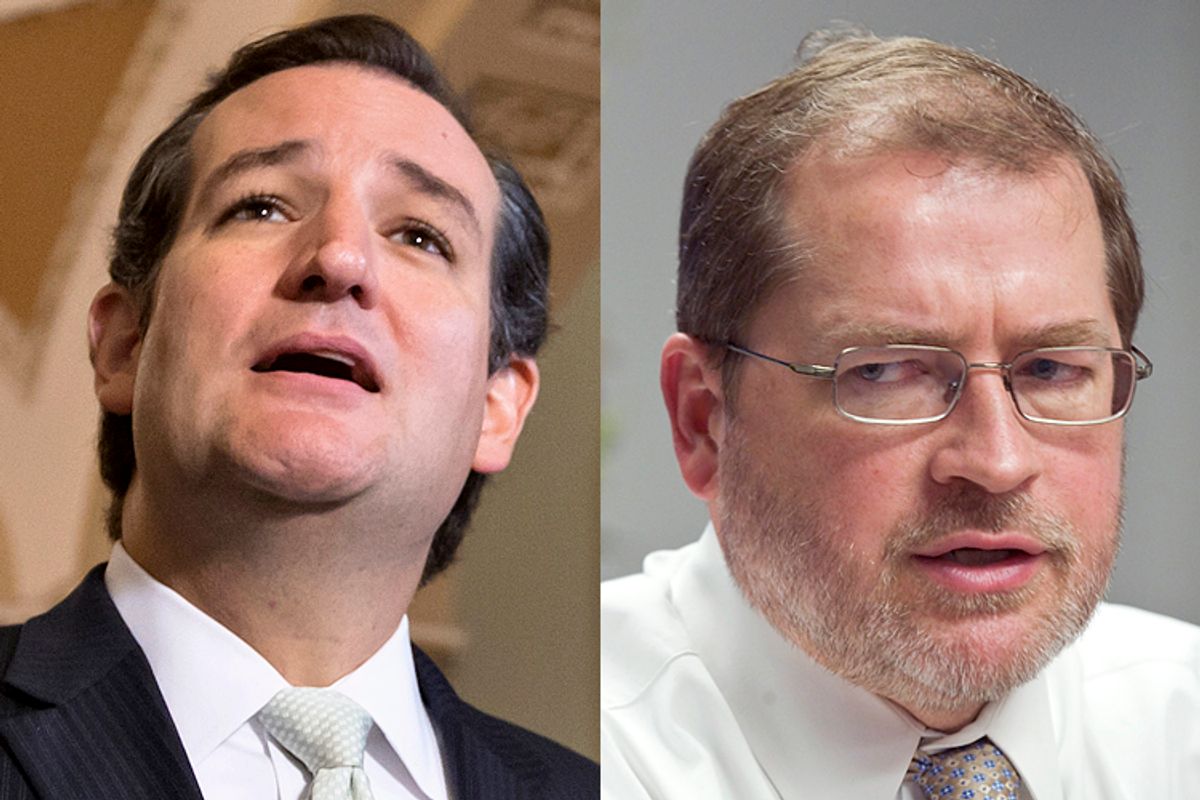 For the second time in two weeks, right-wing activist Grover Norquist has criticized Texas Sen. Ted Cruz for the latter's strategy of plunging the government into shutdown in order to defund Obamacare.

"I think it was very possible for us to delay the implementation of Obamacare for a year until Cruz came along and crashed and burned,” Norquist told the Washington Post.

While Norquist remains the most influential non-office holder on the right to criticize Cruz, he's far from the only Republican to do so. At a recent closed-door meeting, Cruz was attacked by multiple GOP senators who accused him of being a reckless self-promoter with no plan for what to do once the government shut down. Mike Lee, a senator from Utah and a close ally of Cruz, subsequently described the meeting as "unflattering," "unfair" and "demeaning."